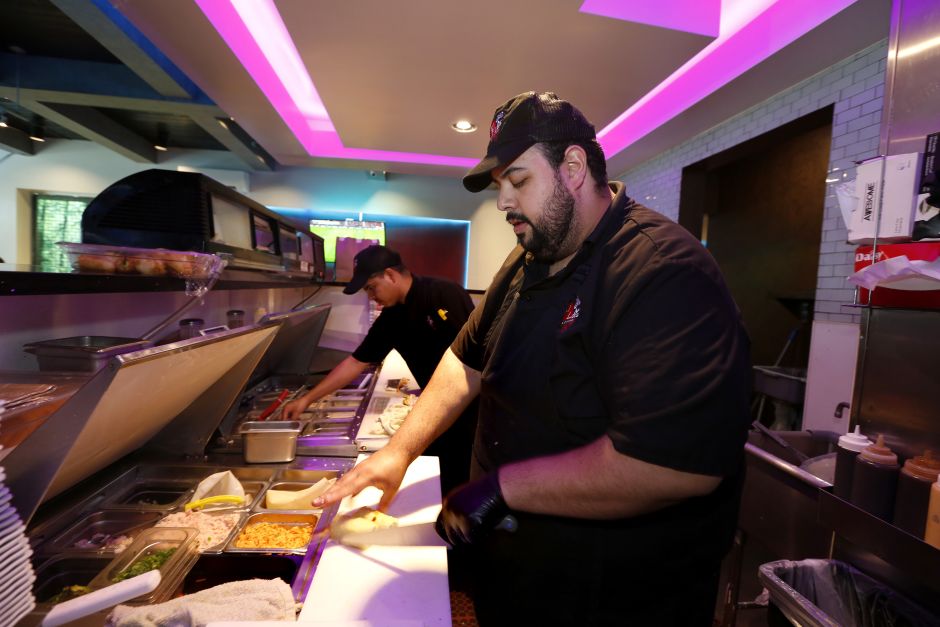 With the service closed at the table, the owners have had to let go of many waiters and kitchen employees

Due to the coronavirus epidemic, in the past two weeks, David Chávez watched in anguish as his work hours in the kitchen of a chicken and waffle restaurant in Los Angeles decreased from 40 hours a week to just ten hours. , although it suits him.

“Actually, I am very concerned. The only thing I have left is to take care of every dollar to buy basic food. Before, I would have coffee on the street. I can't even do that anymore, ”he says.

Like David, thousands of workers in the restaurant industry in California have been discharged from their jobs because of the order issued by the state authorities that prohibits table service, and only authorizes the sale of food to take away or deliver. This measure seeks to prevent the spread of the epidemic, but that has cost jobs for waiters and kitchen workers in the restaurant industry.

David works at a restaurant in the Inglewood community in South Los Angeles. He is an immigrant from El Salvador and is the father of two children of fifteen years old. The economic situation has been complicated at home, because his wife also had all her house cleaning appointments canceled.

“One is left without a job, but the payment obligations do not stop. The state governor said to speak to our landlords to explain the situation to them. But I told the landlord what was happening, and he replied that the rent is paid the same. The only thing the government is going to do is stop the evictions, one has to comply anyway. They don't forgive us the rent for being unemployed, ”he says.

David pays $ 1,800 each month for a two-bedroom apartment. In addition to his wife and two children, his father and an aunt live in his home, who are older adults who do not work, and whom he and his wife support.

"The federal government-announced relief of more than $ 1,000 is only going to benefit one group and not othersHe laments.

Like David, Pedro Rodríguez, an immigrant from Sonora, Mexico, has had his hours working as a fryer in an Angelino restaurant reduced to ten or five hours per week.

“In each shift, we were like 40 employees normally; after quarantine, we are like four or five workers only ”, he says.

If he thinks about the present, Pedro assures that he feels good, but when he remembers that the following check of his salary is going to be insufficient to pay the rent, he begins to worry.

"I rent a room in a house in Hawthorne – a city southwest of Los Angeles -. Even before the coronavirus, I had been told that rent increased from $ 575 to $ 600 starting in April. The owner has not told us that due to the epidemic, he is going to reverse the increase. ”

And he really doesn't know what will happen to his life, because for immigrants like him, there is no support. Pedro has spent 23 years working and religiously paying his taxes each year, hoping that if immigration reform comes, he can demonstrate that he has been a responsible worker and come out of the shadows.

Erendira Tellez feels desperate because she has just been rested from her job as a cook in a restaurant in downtown Los Angeles.

"I cannot apply for unemploymentSo I'm going to beg the boss to see if he can give me even a few hours. They generate their wealth with our work and must be grateful to the workers, "he says.

It is the second day that he is out of work, and he brings anxiety to everything he gives. "Hopefully this will happen quickly because I help my sister with the rent and the bills," she confides nervously.

She lives with three nephews, minors, her sister and her brother-in-law, who also had their cleaning jobs canceled. Between the three of them, they pay rent of $ 1,985 for an apartment in the Highland Park neighborhood of Los Angeles.

Elliot Quiroz of Peruvian origin works as manager of Les Sisters, a restaurant specializing in New Orleans food in Chatsworth, a neighborhood northwest of the San Fernando Valley in Los Angeles. He feels lucky because in the midst of the health crisis, He still has a job because they have been very successful with takeaways.

Even so, of the 14 employees who formed the work team, they have kept four full-time, three were rested, and the rest are being rotated to work for a few hours and not remain empty-handed, with nothing to bring to their families.

"It's the people in the kitchen who have the most work, and luckily the community has responded by giving a little more tips," he says.

Elliot considers that it has been the solidarity of the Chatsworth community which has kept them busyBut he also believes that the fact that they serve large portions, and that the most expensive dish costs $ 30 and is enough for up to three people to eat, has helped them not to close.

The California Restaurant Association reported that prior to the coronavirus, they had over 90,000 restaurants registered in the state with 1.4 million workers. In the last five years through 2019, this industry's revenue increased about 3.8% each year to $ 86.5 billion.

The opinion He asked the California Department of Employment (EDD) for the numbers of how many restaurant industry workers have applied for unemployment benefits, but so far there has been no response.

They threaten to cut water and electricity to businesses that ignore...

Franco-American discussion on plastics in the oceans in Houston