Home News & Politics Reopening of French restaurants in Los Angeles: "if you want to survive,... 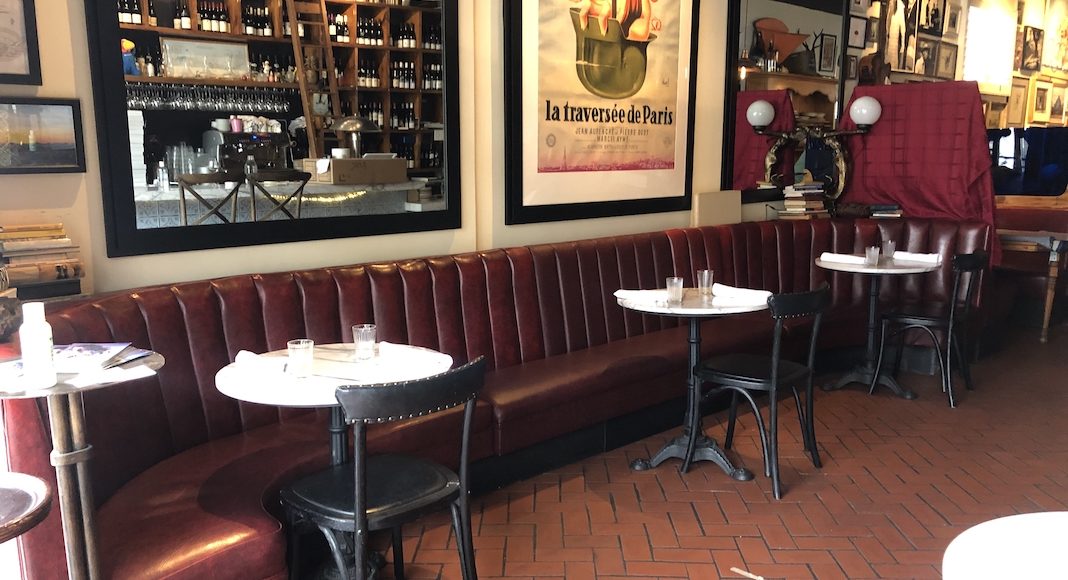 It was the battle of the fights, at the end of May, at the French restaurateurs installed in Los Angeles. “We learned on Friday May 29 that we could reopen that evening at the last minute. We weren't ready, it's insulting ”, regrets Vincent Samarco, the owner of the Belle Vie restaurant in Brentwood, which has reopened for a week. Many of his colleagues were also taken aback by this announcement and especially unable to respond to it, due to the required health protocol.

Because, after two and a half months of inactivity and the changes brought about by the epidemic, a reopening looks like an upheaval. “We prepared the restaurant, according to the recommendations of the Department of Public Health”, explains Fabienne Souliès, head of the two Pitchoun bakeries (in Downtown which will reopen at the end of July and at the Beverly Center which opens on Wednesday). “Since we are limited to 60% of the occupancy rate, and we have to respect the distance of 6 feet (1.8m) between customers, we have removed a lot of tables and chairs. At our Beverly Center location, we are at 50% of our seating capacity. ” Same story at Belle Vie, where places at the bar, very popular with Americans, had to be sacrificed in particular. And the latter goes further to enforce the new rules of "social distancing" while maximizing its occupancy rate: he installed plexiglass panes between the tables. 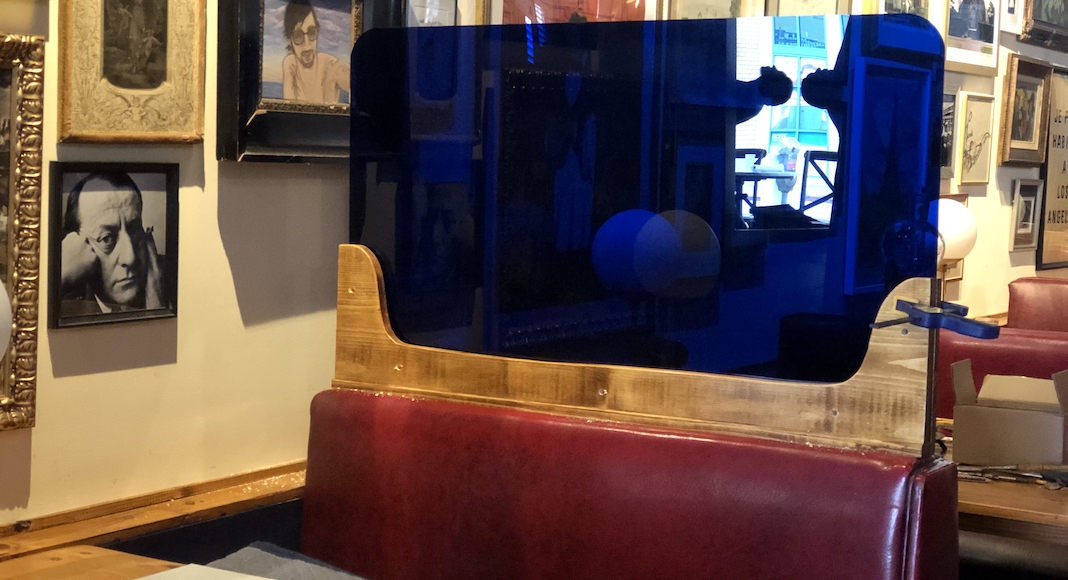 The measurements don't stop there. All had to invest in educational stickers, install markings on the ground, but also buy masks and gloves for their staff and customers, even visors, as well as liters of hydroalcoholic gel.

Sometimes, restaurateurs have had to change the very essence of the service, like Sarah Bessade, co-owner of the Loupiotte restaurant in Los Feliz, which has been open for dinner since June 2. "Now, at noon, we no longer offer table service: customers order directly at the counter and sit down."

While the French interviewed set an example, the protocol seems little respected in Los Angeles. This was explained by county health director Dr. Barbara Ferrer. Its teams inspected nearly 2,000 restaurants last weekend and found that 50% of establishments did not comply with the regulations imposed because of the Covid-19.

The background and form of the modified menus

In addition to reconfiguring their restaurants, all of them have set up flexible and reduced hours, while closing their establishment at least one day a week. “Given the traffic, deserted, we are a little afraid of the low attendance”, apprehended Fabienne Souliès before the opening of her boutique at the Beverly Center.

Besides the schedules, the menus have also undergone a facelift. A change initiated during confinement, to comply with the requirements of delivery or pick-up, to which many small restaurants have devoted themselves. “The Angelinos didn't want fancy French food, they wanted croque-monsieur, onion soup and burgers, so we adapted the menu”, argues Sarah Bessade. Especially since a number of establishments, such as Air Food the Appart in Downtown (which has been restarting service for a week), offer “quick” dishes. “It’s complicated to deliver a duck breast or a rib steak”, sums up Marc Mubarak.

In addition to the background, the shape of the menu has also changed. Pitchoun opted for disposable menus, when Air Food L'Appart created a QR code (to download on their smartphone) to give access to restaurant dishes. "And for those who don't have compatible phones, we have plastic menus that we disinfect", specifies Marc Mubarak.

“We can no longer do as before”

These adjustments required logistics, investment, but they are only the tip of the iceberg. One of the most difficult post-containment aspects for Fabienne Souliès is recruitment. “We went from 100 employees to zero”With the“ stay at home ”, recalls the co-founder of Pitchoun. “The concern is that now people no longer want to come to work, they are more affected by unemployment. This will penalize us until the end of July. " During the crisis, aid of an additional $ 600 per week was put in place, considerably increasing the amount of "unemployment" (which previously represented, on average, less than half the weekly salary). Vincent Samarco points out that a number of employees, deprived of this assistance, have been forced to move.

In addition to recruiting, which was already difficult due to the large turnover in catering, the small bosses face other difficulties, such as the accumulation of debts with unpaid suppliers and late rents. “If the confinement had lasted another month, we should have closed shop”, admits Marc Mubarak, who notably carried out a fundraising campaign to wipe away the plaster. “Fortunately, we hit the PPP (Paycheck Protection Program)”, explains Vincent Samarco.

For the owner of Air Food L’Appart, what is all the more complicated is the inflation of raw material prices. "Meat is two or three times more expensive, hopefully it will return to normal." He decided not to pass this increase on to his clientele, while some establishments have implemented a Covid-19 tax of 2-3%. For Sarah Bessade, the most difficult remains “To manage new customers, between people who are very uncomfortable and those who don't care about the Covid-19”. She has already reminded some customers that “No, you can't use your t-shirt as a mask”.

Everyone agrees that you have to live with the pandemic and develop your business. “We can no longer do as before. If you want to survive, you have no choice, you have to find a new way of catering, you have to adapt ”, argues Vincent Samarco, who has put tableware at the heart of his concept. So, he decided to develop new proposals, such as picnic offers, “Belle vie meals”, an experience at home that is accompanied by an atmosphere with candles and a jovial and original packaging for “Change plastic boxes”. For its part, Loupiotte will continue “take-out” sales alongside table service. “The crisis has allowed us to realize what is working and what is not, to correct our mistakes”says Sarah Bessade. At Air Food l'Appart, we seem to be out of the galley, for now. But as Marc Boubarak says, “What worries me is the next with a summer deprived of tourists and the borders closed. Many think of 2021. ”

Former convicts one step away from making a career as firefighters

Group of protesters ‘Freeway 9’ are taken to court once again

Win 2 places for Paris! The Show in Washington on October...