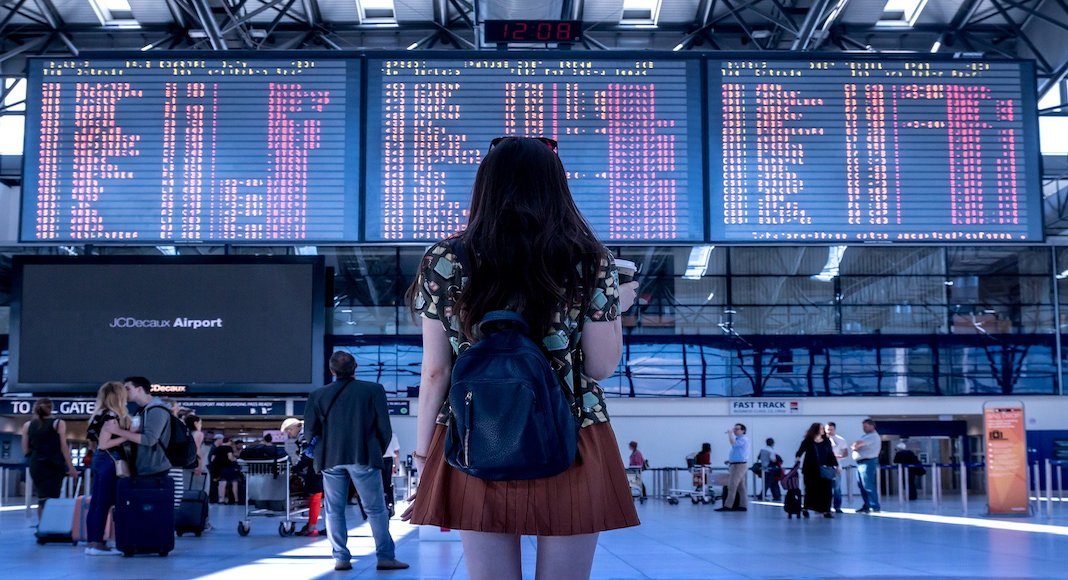 (Updated March 13 at 3:15 pm) By banning the entry of most Europeans, the United States government has thrown the airline industry into chaos, undermining plans for many travelers. But even if you are forced to cancel your trip because of this decision, reimbursement of your plane ticket is far from guaranteed.

To help you follow and understand if you can travel or not, under what conditions you can be reimbursed, we keep here a list of the latest information on the subject which we will update as regularly as possible.

Good news first: if the airline cancels your flight, it is required to reimburse you under US law as well as European regulations. But for the rest, policies vary company by company, most of them seem determined to resist the reimbursement hoped for by their customers, in an attempt to preserve cash reserves which will prove to be precious in the coming months.

The French company announced last week the cancellation of 25% of its flights to Europe. For now, it says “Assess the situation” before announcing possible cancellations of transatlantic flights.

If you were scheduled on a flight that is not canceled and wish to cancel your ticket, there are several scenarios:

-If your ticket was refundable with fees, these fees are levied by Air France.

-If your ticket was not refundable, you can cancel it and receive a credit non-refundable one year usable at Air France, KLM, Delta or Virgin Atlantic. More information on this page.

The Company, which operates only 2 “all business” lines (Paris-New York and Nice-New York) is among the hardest hit by the decision of the American administration. It announced the cancellation of its Paris-New York flights from March 18, until the end of the American restrictions (currently scheduled for 30 days). “This suspension of our flights will help us get through the crisis and resume our activities thereafter” says CEO Christian Vernet in a statement.

The launch of the seasonal route from New York to Nice has been postponed until June 1, 2020.

Passengers affected by cancellations “Will be informed directly” explains the company, and “Solutions to modify, postpone or cancel flights will be offered”. Furthermore, the stepsSagers with a flight scheduled by May 31, 2020 who wish to postpone their departure can do so, regardless of fare conditions and at no cost. They can choose to receive a non-refundable voucher (valid for 12 months). More information here

Read also: Travel ban Europe-US: Who can enter, who can not?

The low-cost carrier has yet to announce the abolition of flights. If you have booked a Level Airlines flight between March 12, 2020 and March 30, 2020, the company offers you the possibility to postpone your departure date without cost to 2020. See the conditions here.

The airline currently serving San Francisco (stopping off a Paris-Tahiti flight) – before opening New York in June – will operate on its scheduled flight on Friday. For the next one, scheduled for Sunday, “The decision will no doubt be taken on Friday” French Bee is told.

Until March 31, travelers affected by the restrictions imposed by the US authorities can reschedule their trip for the next 12 months without penalty, but cannot be reimbursed. More information.

The company that serves Miami-Paris (before launching New York in June) cancels its flights as of March 14.

Corsair announced that two “sanitary” flights will be made available to travelers who have already purchased their ticket. The first will leave Paris for Miami on March 18 and the second will leave Miami for Paris on March 19. The flight is not commercial, only people with a ticket during the blackout period can board. For travelers who do not have a ticket, it is possible to call the morning of the flight and purchase a seat if the plane is not full.

For those who will not be able to take this flight, Corsair requests to “reach Montreal, Fort-de-France or Pointe-à-Pitre by their own means from where Corsair can redirect you free of charge to Paris ”. Alternatively, travelers can book a return flight after May 31, 2020, the scheduled resumption of traffic. More information here.

The company has announced that it will cancel more than 3,000 flights between Europe and the United States by June. At the moment, the company says it has no information on exactly which flights will be canceled.

Norwegian offers passengers with a ticket before March 22 to change their reservation without charge for a trip before August 31, 2020, but does not offer a free cancellation option at this time. More information here.

American Airlines has not yet provided details of scheduled flight cancellations, but there will be. In the meantime, it offers customers who bought their tickets before March 1 until March 30, 2020 and who had to travel until April 30, to change their travel dates with no change fees but no refund. More information here.

United will cancel many flights to Europe from March 19, but will continue to fly to Paris. Like its American counterparts, the company offers to exchange tickets at no cost but no refund. More information here.

Delta has not yet announced which flights will be canceled between Europe and the United States.

You can cancel your planned trip and receive a voucher valid for one year from the date of issue of the first ticket. More information here

If your flight is not canceled by the airline, and the airline does not offer you a cancellation option, your travel insurance is unlikely to cover you.

The vast majority of travel insurance companies consider damage from coronavirus to be “foreseeable”. They do not cover any costs. It is possible to be reimbursed for certain endorsed costs, such as medical expenses, if coronavirus disease is contracted during the trip, or delayed travel and missed connections, if related to the coronavirus.

However, you may be able to be indemnified if you have taken out your travel insurance before the coronavirus has received the designation of "predictable" (generally at the end of January but until the beginning of March for certain insurances such as Axa). This is also the case if you have taken out additional travel insurance, such as the CFAR (Cancel For Any Reason) which can reimburse you up to 75% of the costs incurred.

Los Angeles would reopen in October if the decline in COVID-19...

Survivors of sexual assault will train janitors in preventing violence

David Guetta, Madéon and a string of Frenchmen at the Ultra...