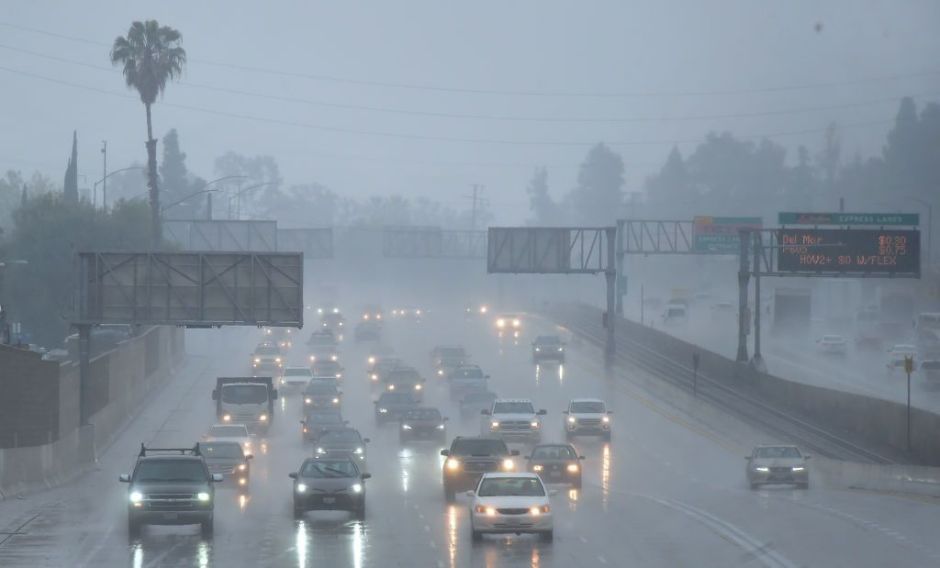 LOS ANGELES.- Throughout this Wednesday the Los Angeles area was affected by the rains and even hail that fell from Culver City to downtown Los Angeles, while in the San Gabriel Mountains and other highlands of the county up to 6 inches of snow were recorded and minimum temperatures of 32 degrees.

Heavy rains have caused flooding in different areas of southern California, causing problems in some major roads, as well as delays in public transportation systems. Near El Monte, the water level reached almost 1 inch per hour, according to the National Meteorological Service, producing road stagnations and slow traffic problems, so it is recommended handle with extreme care.

Flood Advisory Issued through 130pm for the area in the green box. Heavy rain has been observed up to 0.75 inches per hour near El Monte. Expect roadway flooding and traffic delays. Drive slow and expect sudden slowdowns. #cawx #LARain pic.twitter.com/KIlM7CNPQN

They also shared their reactions by hail:

And some made jokes:

From Tuesday the authorities alerted the population to the bad weather in Los Angeles, which is forecast to last until Thursday.

"Without mask there is no service", businesses reject customers who do...

Police surveillance on streets of LA increases due to coronavirus

A USC study suggests that hundreds of thousands in L.A. County...