Home Business Prose, the Frenchies of personalized shampoo accelerate in the US 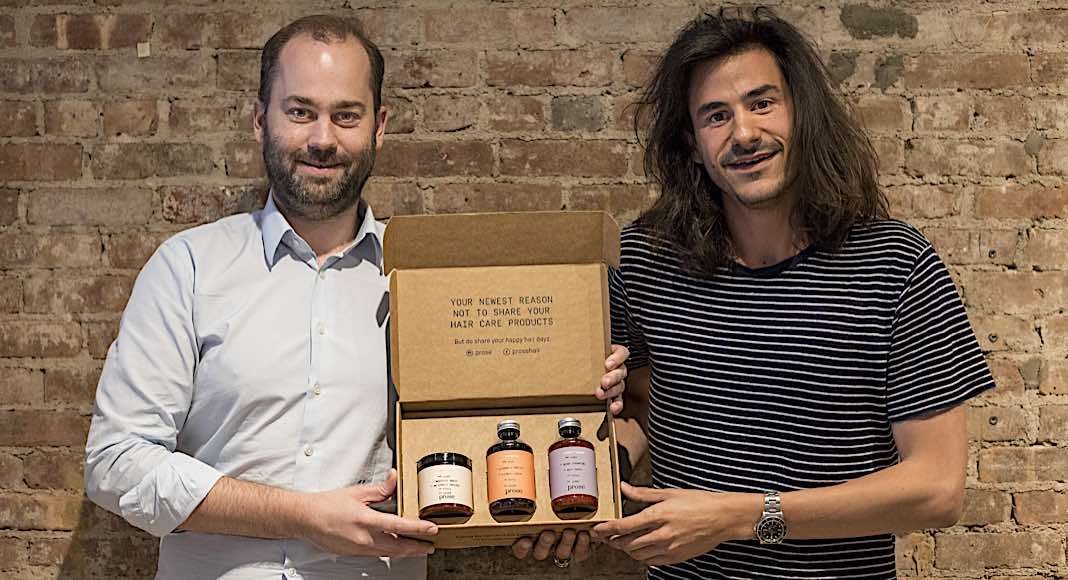 You’ve probably come across her on social networks: Prose, which manufactures tailor-made shampoos and hair care, made it known to its young and active clientele in record time. Today, it is giving itself the means to achieve its great ambitions, with the arrival of a new machine, which will increase its production capacities tenfold. “ This is a big project on which we have been working for two years. The machine was manufactured in Normandy, is being assembled at our factory in Brooklyn and is expected to go into production in early October. », Explains Arnaud Plas, CEO. A stake of speed, precision but also technological, which took a little delay because of the pandemic, but finally succeeded. Thanks to this high-precision machine, which measures no less than 10 meters in length, Prose will be able to multiply its production speed by 30, to 30,000 personalized shampoo bottles per day.

Based in Brooklyn, Prose was launched less than three years ago by three French people: Arnaud Plas, who had just spent more than six years at L’Oréal, Paul Michaux, specializing in digital strategy and product launches, and finally Nicolas Mussat, former CTO of the MeilleurAgents.com site. The trio’s ambition was to revolutionize the shampoo market in the land of Pantene and Head & Shoulders, by offering tailor-made products. ” Today, technology allows us to have a supply chain who makes the products to order, and ships them within five days. So that we can integrate a lot of information on the consumer, and adapt to his needs. », According to Arnaud Plas.

Prose therefore sends a 25-question form to provide more flexibility and a better experience for its customers. This has already been reflected in their loyalty: the start-up has a retention rate of over 50% within six months, while it does not exceed 30% within 12 months for its traditional competitors. For his part, he can also use this new data to continuously improve his algorithm. As a sign of this winning strategy, its growth is impressive: two and a half years after its launch, Prose employs 150 people, including a team of 30 R&D people in Paris, and is targeting 50 million euros in turnover this year. The group has also launched a subscription program with products and personalized advice, and a range of content including a podcast.

The pandemic has been a trend accelerator for this pure player of e-commerce. ” In the space of two months, we gained 10 years on the market growth projections “. Finally, Prose’s ambition is also responsible, that of putting an end to overproduction and in particular of plastic packaging. The founders are proud to have obtained B-Corp certification in the United States, and the group offers favorable working conditions for the country: five weeks of vacation, a minimum wage of $ 20, a right of withdrawal. of its workers and 100% health coverage. A strong commitment that his teams have given him back, with a very low turnover rate.

VIDEO: a coyote and his badger friend go viral

Aid to SMEs: visa holders excluded by the administration