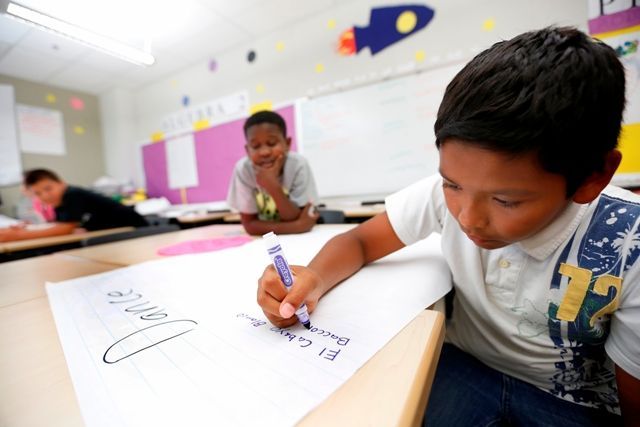 On May 21, La Opinion published its first support for the Schools & Communities First (SCF) measure.

It is about State Proposition 15, a plebiscite that aims to reduce the tax loopholes that corporations have enjoyed for many years, thus legally managing not to pay their fair share.

In this way, California and its communities will recover $ 12 billion each year, which will go primarily to our schools, community colleges and local services.

The time that has elapsed since the first publication of our support, the circumstances of the events we are experiencing and the importance of this proposition lead us to publish once again and with enthusiasm our support for Proposition 15.

This will allow commercial properties to be taxed at their fair market value, as opposed to the value at the time they were purchased.

The motion calls for a reassessment of commercial and industrial properties valued at more than $ 3 million. That is, it does not harm those who own property for less than that amount. Private residences will not be affected.

The passage of Proposition 15 is undoubtedly a historic opportunity to reverse the wrong part of Proposition 13, adopted in 1978 by the voters, which amended the California Constitution and restricted property taxes to 1% of their value. .

It was a good idea for the working population or families who managed to achieve the dream of owning their home.

But it has been used by those who do not need that help, to avoid paying for the services and economic climate that California develops and that benefits them.

By failing to contribute as those who can contribute, California’s education systems, which depend on that income, have been irretrievably damaged, and those who suffer it to this day are lower-income communities and immigrants.

This created a permanent budget imbalance in California that has made it more difficult to develop infrastructure and advance minority groups, while unnecessarily contributing to the profits of these corporations.

Proposition 15 then seeks to correct one of the greatest injustices committed in California history.

Previous attempts to repeal Proposition 13 in whole or in part via plebiscite failed.

But we hope the initiative will be successful this time, as the need to invest in schools, many of which lack digital infrastructure, and in communities of color is more urgent than ever because of the COVID-19 crisis.

The truth is that according to an analysis by the University of Southern California (USC) more than three-quarters of the income will come from only 6% of the properties, but the opponents wield the threat that although now the proponents point to these , in the future they want to raise taxes for everyone, which is absurd and has no basis in reality.

The 5 best taquerías in Los Angeles

Who is the top agent in LA?

Why are suburbs so depressing?