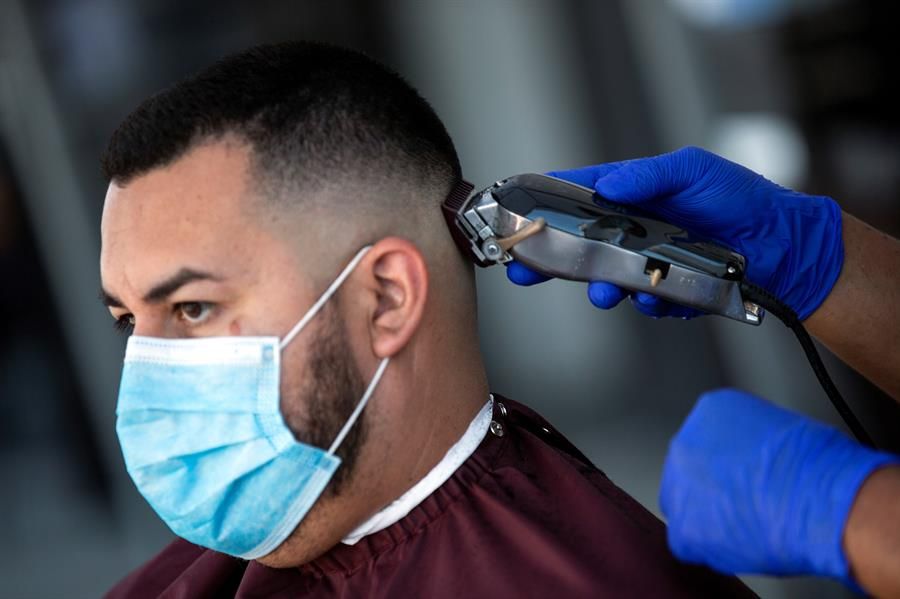 Authorities said there are some positive signs despite the high numbers

Client of a hairdresser installed in a parking lot in LA

Los Angeles County reported this Wednesday 4,825 new coronavirus cases and a new record for virus-related deaths in one day: 91. The state of California had reported 174 deaths in 24 hours on Tuesday.

In total, over 183,000 positive cases have been registered in the most populous county in the country and there are more than 4,500 deaths.

The figures, although very high, reflect the delay in the case count over the weekend, in addition to the fact that authorities said the average number of infections per seven-day period remained between 8.3 and 8.5% last week, an average lower than the weeks of the beginning of July. The hospitalization rate has also decreased slightly.

Another relatively positive data that was offered on Wednesday was the rate of infection for each infected person, which is less than 1.

Before he died, a Los Angeles firefighter said, “I thought it wasn’t real, but it’s real.”

Woman is attacked by a bear in Sierra Madre, California while...

Pardon My French: the cabaret of Tangi Colombel passing through New...

Police and Mariachi, the two passions of Chris Reza, a LAPD...

Domestic workers at risk of losing a job due to coronavirus