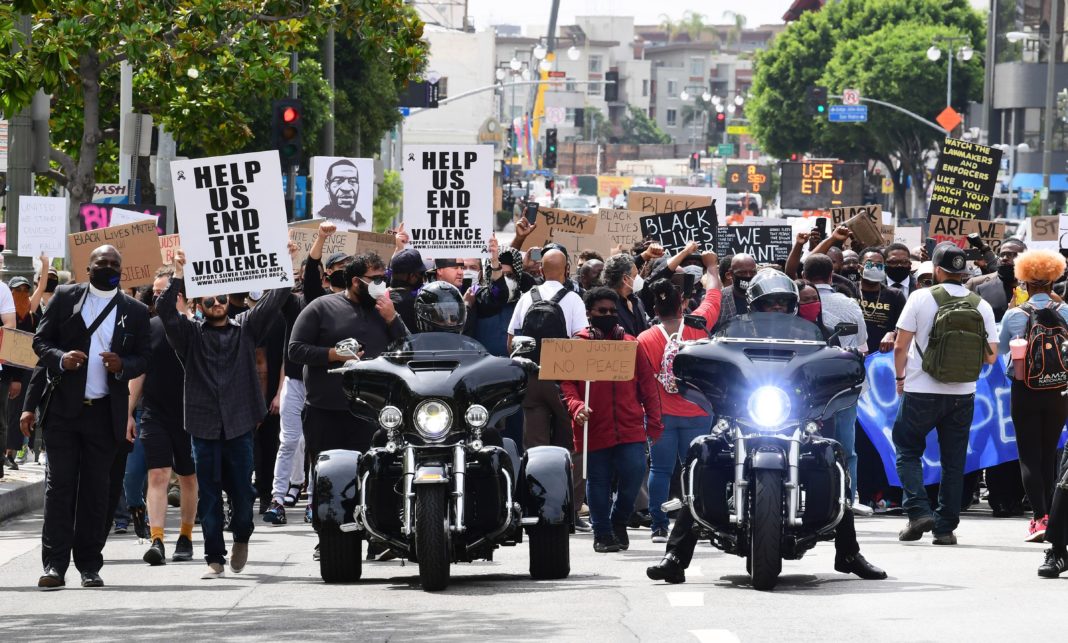 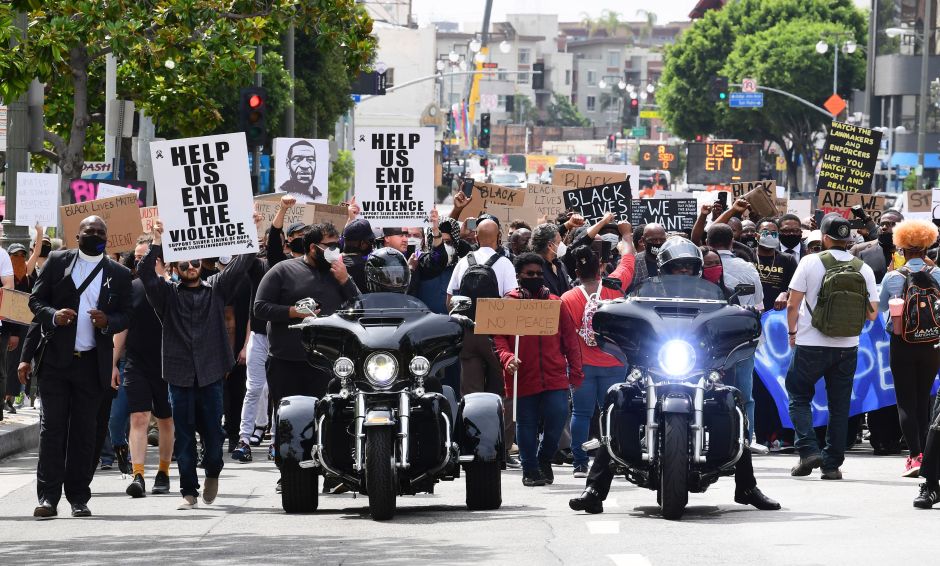 A rally goes to the Los Angeles City Hall, in memory of George Floyd, on June 2.

Almost 3,000 protesters in Southern California have been detained since Friday, for taking to the streets to condemn the death of George Floyd and the excessive use of force by the United States police.

Arrest records reviewed by The Los Angeles Times show that the vast majority of those arrested in Los Angeles County for looting, vandalism, and theft crimes are from here, which seems to refute the perceptions of "external agitators" who come to fuel riots.

Most of those arrests took place in Los Angeles, where authorities detained approximately 2,500 people between Friday and Tuesday morning, after a mix of peaceful protests and acts of property destruction shook downtown, the Fairfax district, Van Nuys and Hollywood, according to the Chief of LAPD Michel Moore.

The police of the cities of Santa monica and Long Beach arrested 475 other people during largely peaceful protests, which were also overshadowed by looting in both cities on Sunday.

It may interest you:

What should you not say to a contractor?

What should I avoid in Oahu?

Why you shouldn’t live in Albuquerque?

Is Augusta GA a safe place to visit?