Home Latest News Mother begs to let her enter the US to care for sick... 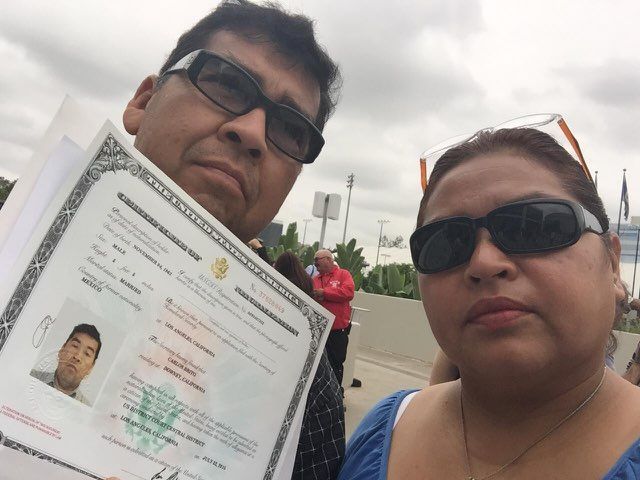 Esmirna Brito, a Mexican mother, who was denied residency by the United States government as a public charge, She extended a plea to the authorities of this country, to authorize a humanitarian permit that allows her to be reunited with her husband in Los Angeles, because he is very ill.

“He is hospitalized because his blood sugar levels have risen to more than 400. He also suffers from high blood pressure and is very depressed. He doesn't even want to eat anymore ”, says his wife, made a sea of ​​tears.

Interviewed by phone to Acapulco, Mexico, where she has been for 11 months, revealed that this Thursday, April 16, she will travel to Tijuana to request a humanitarian permit for six months.

“I am completely dejected and tied hands from here, without being able to help my husband in this moment of crisis. I was his right hand, "he says.

It was on May 24, 2019, when Smyrna left her home in Downey, a city southeast of Los Angeles County, to go to Ciudad Juárez, Mexico for a consular interview as a preliminary step to obtaining residency in the United States.

Despite the fact that her husband of 56 years is a United States citizen, owner of a locksmith, owner of her home, and that she left Mexico with a provisional pardon, she was denied residence.

Izmir has been living in the country for more than 35 years. He is 54 years old. She has been married for 36 years and is the mother of three adult children. They all live in this country.

In 2014, with the help of a notary, she began the long process to legalize her immigration status through a petition from her husband. His application for immigration adjustment was approved in 2016, and he received an appointment for an interview with the US Consulate General in Ciudad Juárez, Mexico.

"What a lot of people don't realize is that even when you're married to a US citizen, the road to becoming a resident can still be long and complicated," says Mercedes V. Castillo, immigration attorney in the city of Montebello. , California.

"In this case, Mrs. Brito was ill-advised to attend her interview in Ciudad Juárez, without informing her that she could be subject to a 10-year punishment without being able to return," he observes.

“When she came to our office, we correctly advised her to obtain a provisional pardon before leaving the US, which was approved. That pardon is requested to avoid the punishment of ten years to people who have lived in the country for more than a year without papers. "

However, the lawyer explains that during the interview, the consular officer in Ciudad Juárez told her that it was inadmissible for being a public charge, since he had no education, no talent, no profession, no way of working.

“He made him see that at his age he had no way of checking how he was going to stay in the United States. But we believe it was a mistake because you did not review all the documents. She, along with her husband, have a house and a business ”, she specifies.

When the officer in Ciudad Juárez canceled her request and the provisional pardon she carried, Esmirna remembers that she felt that the world was coming upon her.

“With a jerk, I watched my life pass before my eyes. I started to worry about my husband, my children, grandchildren and how they could survive without me, "she says.

The lawyer regrets that a dedicated woman, no criminal history, who did things the right way, was told that his efforts were not enough.

"There is no legitimate reason to keep her in Mexico, away from her American children and husband."

At the discretion of the officer

The lawyer says that she will depend on the officer at the border, whether or not they authorize humanitarian permission after reviewing his documentation.

“If they give it to her for six months, her case continues to be here, taking care of her husband. We are also waiting for another pardon. If that happens, my client is going to have to go to another interview in Ciudad Juárez to have her residency approved. ”

Izmir considers his case an injustice because never in the time he lived in the United States, he asked the government food stamps or cash to survive.

"The only thing I want at the moment is to be with my husband during the emergency he is experiencing," she says.

Will the Florida housing market crash in 2022?

Does paying your rent build credit?

Does Lansing Michigan have a high crime rate?

Is it better to retire in Alabama or Tennessee?

Is it common for house sales to fall through?