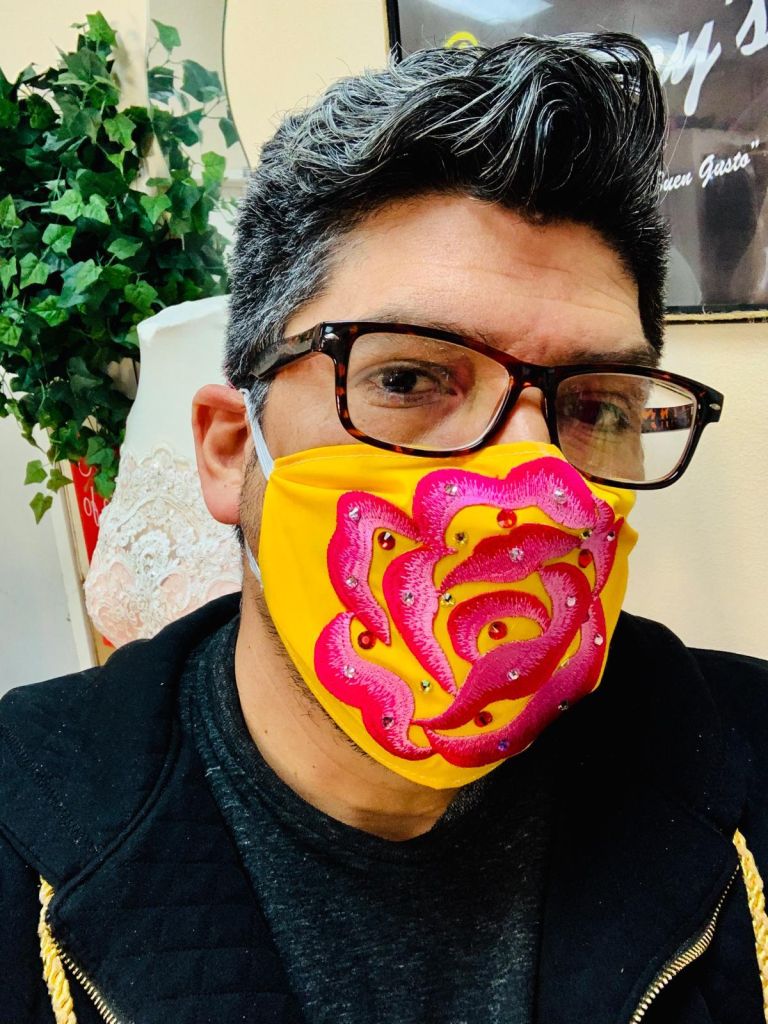 He puts his clothing-making skills to work for others, and they rain down orders and donations

Desperate after he had to cancel his clothing line "Without measures or sizes" in which he had invested his savings of 20 years, when declaring himself the coronavirus emergency, the Mexican designer Eruvey Tapia decided to put his wits to work and create masks to protect himself from the disease. He did not imagine the work that was coming upon him.

"They are not the ones indicated by the government, but they help us a little and the people feel protected," he says.

The idea came about when she dropped her clothing line, which she was going to launch on March 14, through an online boutique.

"In my anguish, it occurred to me to start making masks to control stress and think clearly about what I was going to do to surviveShe says, her voice cracking with emotion and about to cry.

And he had no reason to be concerned. As news spread that the coronavirus cases were growing, her orders for graduation gowns one after another were canceled. The first half of the year used to be one of the best times of the year for Eruvey, for making graduation gowns.

“When I finished my first masks, I started posting images on social media. To my surprise, several seniors began to tell me that if I could make masks and send them by mail", He says.

The news that he was making masks spread like the virus itself among his community of friends on Facebook. "Several non-profit organizations related to children with cancer, the transgender community and the Nayarita (from the state of Nayarit in Mexico), began asking me if I made 50, 100."

Eruvey says he has donated about 1,000 masks. But supportive people began to send him donations. "They give me between a dollar, three dollars and up to fifteen dollars"

The Mexican designer, who next year will be 25 years dedicated to clothing design, never had the idea of ​​starting to make masks to obtain an economic income during the times of the coronavirus. “It was something that was happening. There are people who criticize me for not charging, but I prefer that people give me what they can ”.

He makes the masks with hundreds of scraps of cloth that he has accumulated over the years in his established workshop in Palmdale, a city in northern Los Angeles County.

"I use lint-free, non-absorbent fabrics. This is how some family members dedicated to medicine advised me"He clarifies.

When he finishes them, he disinfects them with Lysol, packs them in sealed plastic bags and puts them in an envelope. In the post office he places them in a postal envelope and sends them.

"I ask that you use them responsibly and in compliance with government rules. Every time you use them, you should wash them with soap and water"

Despite the emergency, people have not lost their vanity and desire to feel unique. Eruvey says that there are those who have asked him for embroidered masks. "I have created some with applications to make them different."

The designer, originally from Nayarit, Mexico, has not been setting foot outside his house for more than ten days, busy with the masks.

"They've helped me out of hell and the monotony of the coronavirus. God gave me a gift and I am using it, amid the fear and pain of seeing friends leave like the Dominican designer Jenny Polanco who died infected by the virus. ”

Although plans to launch his clothing line were stalled as a result of the global pandemic, through the donations he receives, Eruvey has managed to raise some income to survive. "We don't know how long it will last, but at least I feel calmer."

Win 2 tickets for Zaz's concert in Oakland on October 13th

University of California is arrested for inventing racist threats

Yann LeCun: "Creating machines that have as much sense as a...