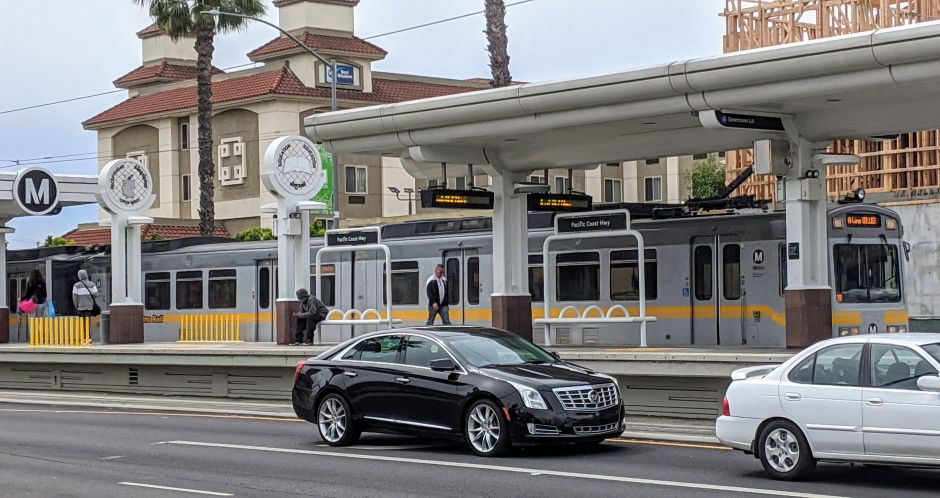 Authorities say they are the means to get hundreds to their jobs; users talk about the tension they feel in transport

After an order was announced Thursday for Californians to remain in their home for as long as possible, both the city and Los Angeles County called for the closure of nonessential businesses.

Due to this measure, to prevent the spread of the coronavirus, many wondered what would happen to the public transport system, since there are essential employees who use this means to reach their destinations.

Phillip Washington, director and CEO of Metro Los Angeles, said at a press conference on Friday that there are no plans to close the transportation system and assured that the entity's nearly 11,000 employees continue to operate with caution and without fear of public.

“Millions of people trust Metro as a means of transportation to get to their jobs — like first aid assistants; getting to medical appointments, going to supermarkets and going to take care of loved ones, ”Washington explained.

"Here in the most populous county in the United States, our users include essential workers, such as emergency personnel and hospital workers."

However, reality cannot be denied. Washington said that since the coronavirus outbreak was announced, passenger flow has dropped from 50% to 60%. For this reason they are making necessary adjustments to the services that reflect the reality of the street.

"We have adjusted service levels on our buses by 15-20% and are making similar reductions in rail service," said Washington.

"As a result, we will run what we call a hybrid service, somewhere in between what we usually do Monday through Friday and on weekends."

He added that they will continue to operate for as long as possible.

Washington said transportation is cleaned at least once a day in "heavily touched" areas such as rail and bus railings; in addition to the elevator buttons used by passengers and staff.

And the way to put disinfectant dispensers in vehicles is being evaluated.

Washington assured at the press conference that so far there have been no reported cases of COVID-19 contagion in any of its Metro services or in any of its 11,000 employees.

“Our employees sit behind a barrier that protects them. We gave them masks, gloves and other things, "said Washington, asserting that they are following all the safety rules.

However, there are drivers who differ from the director's comments. One of the drivers of the Metro system, who identified himself only as José, for fear of reprisals, said that they do not have any type of security for their health.

José said that they were provided with gloves on March 17, but they ended almost immediately and since then they have received no gloves, no masks, much less hand sanitizer.

"We have been operating with what we have, which is not really safe, like dishwashing gloves, some use gardening masks and what we can bring from our house," José said. "A driver even came in a suit against hazardous materials and was working all day that way."

"So if there were five buses and now there is only one, and that bus is picking up all these people, it is completely full," José said, assuring that the passenger capacity depends on the discretion of each driver.

José said Metro does not show as much concern for its employees as it does for their financial losses and tells them that they must continue because they are disaster relief workers.

“But if you are going to treat me as a relief worker you must provide me with the equipment. It is as if they send the firefighters without water, ”said José. “They are not going to say,‘ Oh! We send you water when we have ”.

Roberto Mogado, a bus passenger residing in East Los Angeles, said he began to notice the drastic change in buses earlier in the week.

Mogado, who does not drive, has found himself in an extremely difficult situation as he uses two buses to get to work in Montebello.

"My work is from 3:00 to 9:00 at night and the last truck passes now is around 8:00 at night," said Mogado, adding that he has had to ask at work to be allowed to leave. earlier.
He added that buses are difficult to avoid tension between passengers, especially when more people are going than usual.

"People don't say anything but you feel the pressure and if you cough a little or sneeze, everyone will look ugly … We are very worried about everything but we try to stay calm."

Something similar lives Luis Gerardo García, 35, who from Monday to Friday takes the Red Line, the Blue Line and the 110 bus to travel from North Hollywood to his home in Bell.

He says that he sees more people boarding the transport with a mask and gloves, but then "they look at you as if you were the patient."

He added that he has seen more police officers reviewing the trains since in the mornings there are many homeless people sleeping in the cars. "Even some of them also wear their masks."

"They have put up signs about being careful when coughing or covering … It doesn't matter traveling like that," says the father of three children.

"I bring antibacterial gel and gloves, but many people hold onto transportation," he says, adding that he is concerned about his children if they take the virus home.

With information from Mey Lyn Mitteenn

Rent management: all the questions investors ask themselves

Holland and Sarkozy: two "ex" in New York at the same...

Why does the United States have a “designated survivor”?