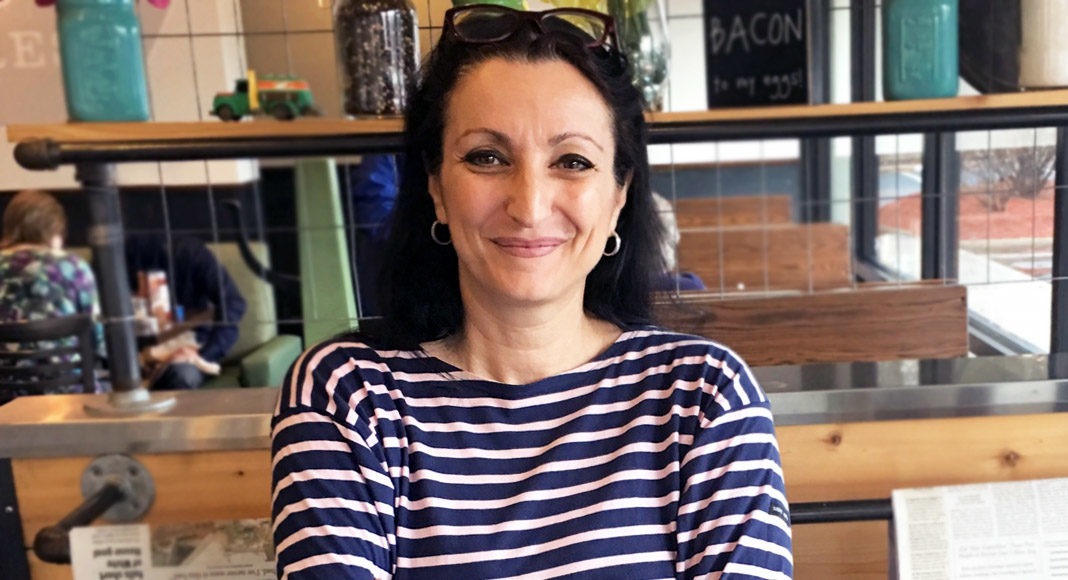 “Rencontre des Auteurs Francophones” is a community born at the beginning of 2020. A network aimed at facilitating access to French-language works for the thousands of Francophone and Francophile readers living in the United States. How? ‘Or’ What ? Thanks to a series of events organized across the country. ” The concept aims to democratize French literature and language as well as to promote meetings between readers and authors. Several dates were also set at Miami, Washington, New York or Los Angeles, but the Covid-19 thwarted plans »Explains Sandrine Mehrez Kukurudz, the creative dynamic of the network.

Far from being discouraged, this passionate reader and director of a communication and marketing agency accustomed to making Francophone culture shine, then redoubles her inventiveness. ” There was no question of putting the idea on hold… With French Wink, a New York store of French products, we launched the “Rencontre des Auteurs Francophones” book collection. Then I hosted a program every two weeks of 30 to 40 minutes with authors presenting their novelties. »Specifies Sandrine Mehrez Kukurudz.

A wide choice of e-boutique

A few weeks later, the collection filled the shelves of the French Wink store. And to lighten them, an e-shop is born and is growing rapidly. Today, the sales platform brings together around a hundred books and brings together more than 70 French-speaking authors around the world. There are fiction, testimonials, politics, romance, wellness guides, children’s and bilingual books. ” I make sure to balance the proposals, that nothing takes too much space and that we find all genres »Explains Sandrine Mehrez Kukurudz. And to add: ” I get a lot of requests and am sometimes obliged to refuse works “.

The lover of the French language volunteers her time on this project and to select the books, she gets help from a reading committee. Sandrine Mehrez Kukurudz reads all the first chapters at least and when she needs backup, she calls for a second opinion. ” On average, three books are retained per week. I generally accept those that are edited by publishing houses, but there is more work on the self-publishing side “. The selection criteria: the quality of the writing and the ability to tell a story.

“A mission of the heart”

Expatriate to the United States for 14 years – including seven spent in Miami and seven in NYC – Sandrine Mehrez Kukurudz has self-published two novels, The black suitcase with pink knots (2018) and The workshop at the bottom of the courtyard (2019). ” I’m lucky to have met my readership, but when I started I wanted to share with a community that didn’t exist. It is therefore a mission of the heart for me! She assures. And to his great pleasure, the family keeps growing.

Live broadcasts on social networks become weekly from January 2021, the blog is expanding with texts signed by the authors of the network, readers are multiplying and projects are going well. ” The objective: to develop events all over the US and, long term, organize a large French-speaking literature fair. There are some in Lebanon or Canada, but nothing in the USA! »Explains the designer.

Until then, we can support his approach by going to watch the shows, read the blog articles and order books from the catalog. Departures are daily and it takes three to four dollars in shipping costs per order. ” A low price that allows French speakers in the US to discover new things without paying too much! »Launches with pride Sandrine Mehrez Kukurudz. The author has indeed negotiated the lowest prices so that reading in French in the USA is no longer a luxury.

The French of Washington pay homage to Jacques Chirac