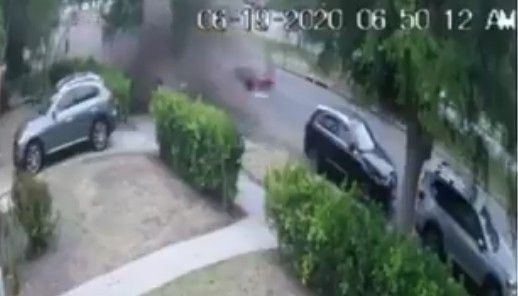 A man died on June 19 as he was ejected from his car; the other driver has already been arrested

The Los Angeles Police Department reported Friday that arrested an individual who on June 19 fled after contributing to a fatal accident on the streets of west Los Angeles. The crash was caused by accelerating in street races.

A video released by the LAPD It shows the moment a car loses control, skidders on the sidewalk, and then appears to hit a tree, only to end up hitting another parked car.

The driver lost his life after being ejected from the vehicle, but the driver of another car that was also accelerating fled the scene at the height of San Vicente and Fairfax avenues.

On June 19 a horrific collision occurred in the area of ​​San Vicente & Fairfax due to street racing.

One driver died at scene after being ejected from his car. The other driver fled — thorough investigative work by @LAPDWestTraffic led to his arrest.

Racing is not worth your life. pic.twitter.com/JicfLq0U6R

The Police tweet includes a short but vital phrase that applies to all who drive in any city: "It is not worth risking your life to accelerate".

Half of the restaurants inspected by the Los Angeles authorities did...

They file charges against 60 Los Angeles businesses that ignored the...