Home Latest News Los Angeles Lifeguard is awarded the Medal of Valor for rescue at... 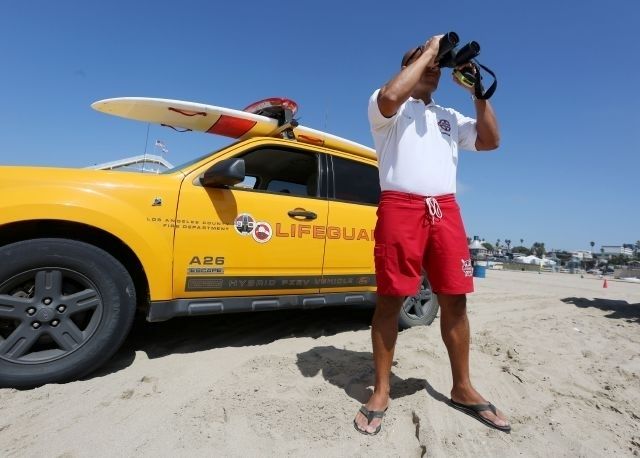 One night in August of last year 2019, lifeguard Nick Macko performed an impressive and dangerous rescue that included swimming inside a cave surrounded by sharp stones, with the tide against him and a nervous victim.

A video published by the Los Angeles County Fire Department (LACOFD) lifeguard division gathers the details of the sensational rescue in which the 39-year-old lifeguard risked his life to save this person in danger.

LACOFD paramedic Brian Griffiths recalls that it was getting dark when the emergency call for a rescue at sea came in and watched as Macko reviewed the details of the rescue and within seconds was equipping himself with what was necessary to perform the rescue.

The mission included going down a hill to reach the place of the sea cave, swimming in alone, locating the victim and removing her from the place safely.

“No matter what happens or how long it takes, don’t go in there”Macko told them before entering the cave. The team that accompanied him, and that would help him take care of and remove the victim from the place, had no training for this kind of water rescue.

Minutes after Macko entered the cave, He located a person who was clinging to the rocky walls to stay afloat. The victim was very scared and initially refused to go out alone with a lifeguard. “I basically told him, if we don’t leave now, we’ll both probably die”Says the county lifeguard in the interview.

For the sensational rescue Nick Macko was awarded the 2020 Medal of Valor, which is the highest recognition that a Los Angeles County public servant can receive.

The award that is generally awarded during the Redondo Beach International Surf Festival, will be delivered in a digital ceremony for the coronavirus pandemic, the date has not yet been defined.

Night of terror: more than 100 people were trapped in Edison Lake and were rescued this Tuesday

Tragedy in California: woman and her baby still in the womb die because of a driver fleeing from the Police

They sprayed pepper spray on a Ralphs client who became violent...

Immigrant woman works as a nurse risking her health, but if...

Volunteers get down to work for the Rose Parade

Emergency numbers for French consulates in the United States