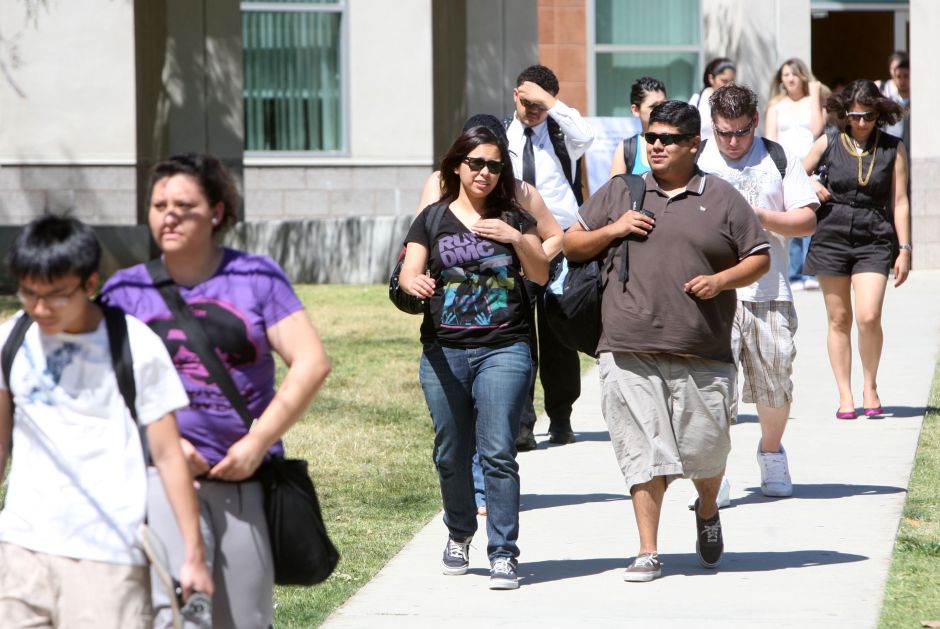 College Debt Stunts Personal Growth for Thousands of Latinos; today about 44 million Americans have a type of debt because of the high costs of college.

The possibility that college student debt could be written off is news that has already generated hope for many of the 44 million Americans in debt.

The announcement was made Thursday by Democratic Senators Elizabeth Warren (Mass.) And Charles Schumer (NY), who presented a plan for the next president to pay off up to $ 50,000 in debt for student loan companies in 2021.

Both senators hope that the plan will be approved through executive action.

Among the debtors is Nancy Gutiérrez, who graduated from the University of Southern California (USC), and assured that eliminating her debt would be a great benefit for her and her family now that she is already married and has two children.

Eight years later, he is still dealing with the problem as his credit score is still marked by this difficult debt.

“It has affected me when I have tried to refinance my car or buy a house,” Gutiérrez said.

Michael Lopez, 37, is a 2016 graduate of California State University, Northridge (CSUN) and has a student debt of approximately $ 40,000.

The young man said he has wanted to return to obtain his master’s degree, but the debt of his bachelor’s degree is holding him back as he would have to take out another loan. Even two years ago he tried to buy a house; however his credit score did not allow it.

By canceling his student debt, López could more easily achieve these two goals, he said.

Student loan debt in the nation is estimated to be around $ 1.6 billion.

In a telephone press conference Thursday, Senator Warren said that canceling student loan debt will improve the lives of tens of millions of Americans.

“It will boost our economy during this pandemic and beyond, even helping to close the racial wealth gap,” the senator said.

Emelyne Camacho graduated in the spring from California State University, Long Beach (CSULB) with a master’s degree in Political Science and a debt of approximately $ 33,000.

“I still don’t have a plan on how I’m going to pay it, but I know the payments have to be more than $ 500,” said 25-year-old Camacho. “For five years they do not charge you interest, but then they start to rise,” he added, stating that he does not believe that she can pay all the debt in less than five years.

She added that the situation of the COVID-19 pandemic and the lack of jobs have forced her to return to live with her parents.

“If they took this debt away from us it would be a very big help because this can help us make the down payment to buy a house,” Camacho said. “Today’s generations can reach our educational goals but it is difficult for us to move forward.”

How do student loans work?

Student loans can come from the federal government (federal loans), from private sources like a bank or financial institution, or from other organizations, says the U.S. Department of Education’s Office of Student Financial Aid.

Federal student loans generally have more benefits than loans from banks or other private sources.

Most student loans have a six-month grace period, but there are others that must be repaid immediately after graduating or leaving school, says the Debt.org organization.

The student must make sure of the payment plan for the loan he obtains. Some repayment plans are based on a percentage of discretionary income, and others range from low to high based on the income of the lender.

The US Department of Education indicates that federal student loans are a future investment.

“You shouldn’t be afraid to apply for federal student loans, but you should be smart about it,” the website states.

“But the next president could easily do this,” Schumer said, referring to Democratic candidate Joe Biden.

The $ 3.4 billion HEROES Act that was passed in May in response to the COVID-19 pandemic included a provision to cancel up to $ 10,000 of student debt, but only for a limited number of people.

Warren indicated that this new plan is supported by a legal analysis and documents from Harvard University.

With his tour, Kev Adams wants to bring together French expatriates,...

Lessons from an astronaut to cope with coronavirus isolation