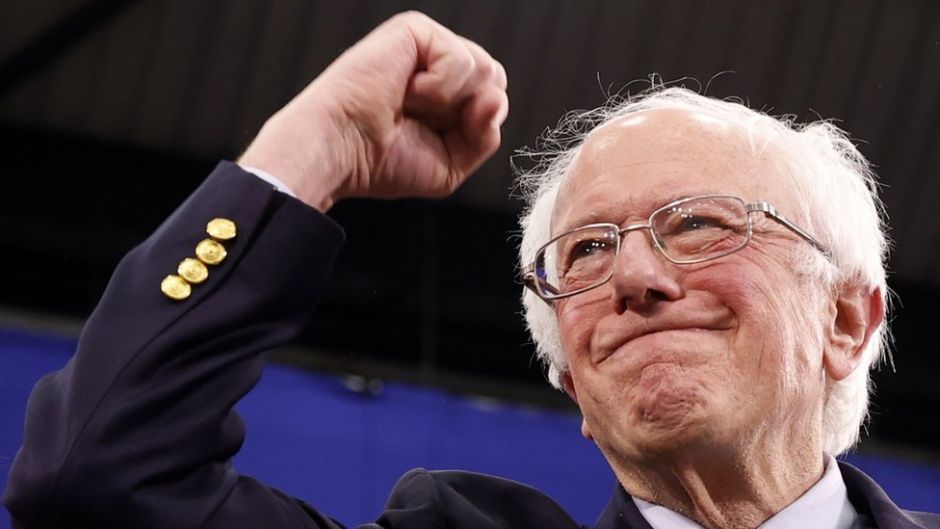 A trail of disappointment and sadness left among Latinos the departure of Vermont Senator Bernie Sanders from the race for the United States presidency. Through a 14-minute live broadcast, aimed at the entire nation, the Socialist Democrat completed his second attempt and most likely his last attempt to become president.

"Morally, it was a very hard blow that hurts us a lot, but we couldn't expect anything else since they 'threw a lot' at him before the Super Tuesday, when three candidates at almost the same time, following instructions from the Democratic Party, left the campaign to join Joe Biden. So did Beto O’Rourke, ”said Juan José Gutiérrez, an immigrant rights activist.

"Latinos support Bernie because we are committed to a profound change in the country's national policies and because he is sensitive to the needs of the immigrant population and their families.", he pointed.

He said that now as part of the Migrant Force coalition that groups 156 organizations across the country, they will have no choice but to get closer to Biden, who will be the Democratic candidate who will seek to defeat President Trump.

“We are going to ask you to make immigration reform a reality if you win; and that on the first day, order to reopen DACA – Deferred Action for Childhood Arrivals – so that all dreamers that they were left out, and that their undocumented parents are included, who we estimate number between five and six million immigrants, ”summarized Juan José.

In California, last February, Bernie Sanders won the primary election by winning the support of 119 delegates with 33.6% of the vote. Here he repeated the formula of youth and Latinos that led him to victory in Nevada with 47%.

“As an immigrant community we wanted him to continue, and we saw the need for his type of leadership. We recognize all of their progress on progressive platforms and in creating a multi-racial energy and movement, ”he noted.

But now, he said, there is one more to push the remaining candidate, on issues such as health rights, protection for all immigrants and the environment.

"Our job is to defeat Donald Trump and get him out of the White House. Let's hope the winner hears and listens to calls from immigrants and the working community, and brings long-term change. ”

The only former California presidential candidate Tom Steyer said Sanders deserves tremendous credit for pushing the Democratic party to embrace progressive values ​​like economic equality, health care for all, climate justice and a country. for workers not only for the rich and large corporations.

“His message created a youth movement dedicated to changing the political system for good. We need those young people to defeat Donald Trump in November, "he said.

Esteban Garcés, director of Poder Latinx said they applaud and thank Senator Sanders for his commitment and fight for underrepresented communities including Latinos and immigrants.

"At this time in this unprecedented crisis, the problems that Senator Sanders advocates have never been so clear, health and economy for the poor, minorities, and the middle classes," he said.

And he completed that they will continue to resist the unjust, racist policies of the current administration, and will unite efforts to ensure the health, property and prosperity of all communities.

Stéphanie Brillant presents her "Brain Guide for Enlightened Parents" at the...

Why are power lines still not buried in California?

Couple in Los Angeles suspends their wedding due to coronavirus