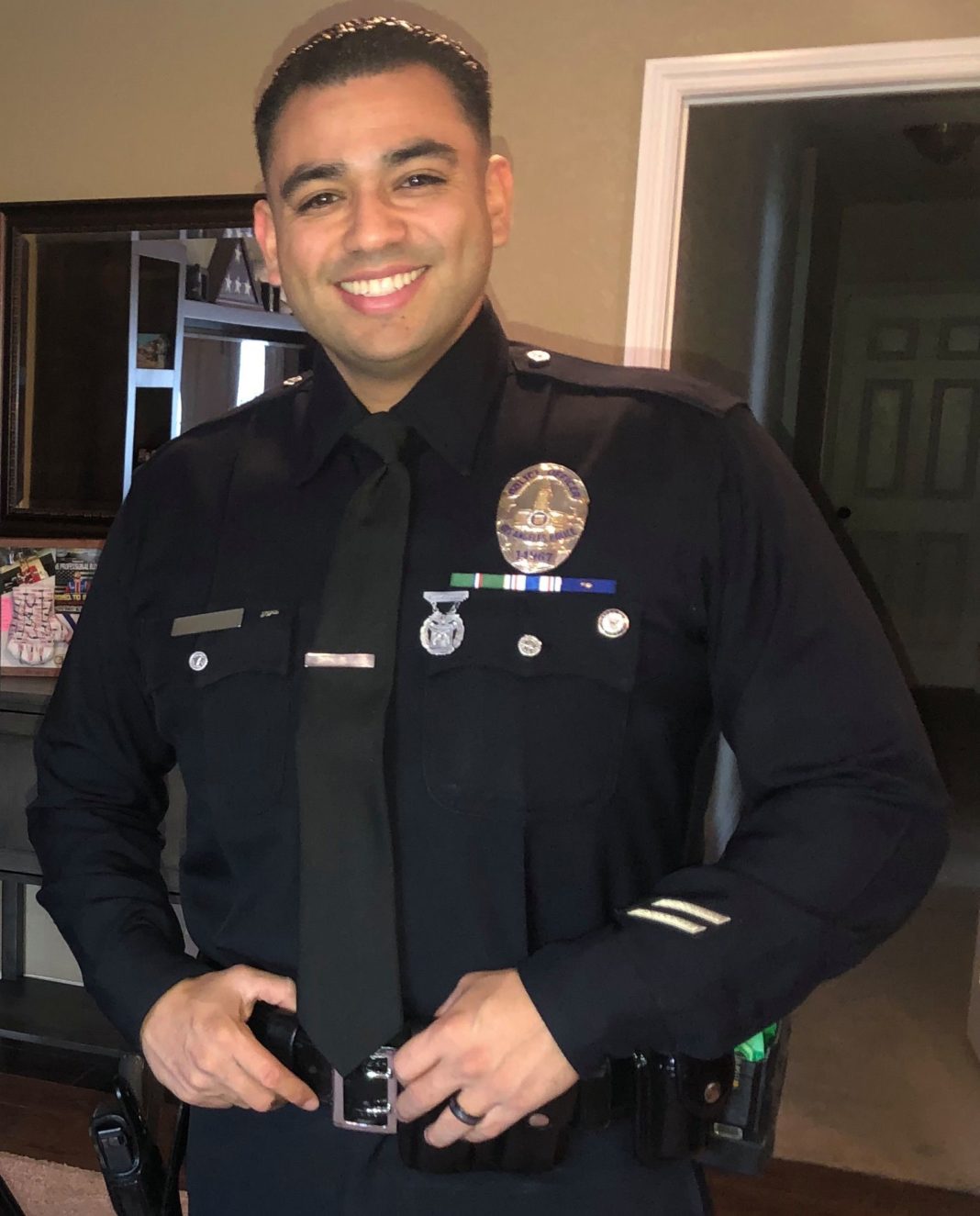 Los Angeles police officer Juan Busto, just 36, was so ill with COVID-19 that the first days he was hospitalized, he thought he might die, but what he considers a miracle happened, he Cured and completely free of the virus, it will return to patrol the streets of Los Angeles in early August.

“When I started feeling bad, I didn’t think it was COVID-19. I am a person who is not overweight, I exercise a lot, I run, I go to the gym and I was a professional boxer, ”he says.

It was on June 8, just as the massive protests against police brutality in Los Angeles ended, that he began to feel bad.

“My body ached and I had a fever. I thought it was because during the 11 days that the protests lasted, we worked from 14 to 18 hours a day. I only slept three, four hours“, remember.

That same day he felt sick, he went to the doctor. The diagnosis indicated that he was dehydrated and exhausted. He went home, but two days later, his situation worsened with breathing problems.

“They called the ambulance and took me to the nearest hospital. There I was diagnosed with pneumonia and I tested positive for COVID-19. I was really scared because I received notifications on my phone from people who were dying. ”

Three days later when they were able to stabilize him, they took him to the Kaiser Hospital in the city of Downey in Los Angeles County.

“I was two weeks on medication and oxygen, but on the third day when I heard the doctors talking very quietly, I was scared, I thought I was not going to deliver her.”

Officer Bustamante was born in Managua, Nicaragua. He came to the United States when he was two years old. He grew up in the city of Azusa in northeast Los Angeles County. He spent four and a half years in the military, and upon returning, he joined the Los Angeles Police Department (LAPD) where he has already served 12 years.

“The possibility of orphaning my children was what most distressed me. They are my life. They are everything to me. For them I go out to work hard every day“, He says.

He was on oxygen until July 12. “Even when I came back home and they kept me in quarantine, they put me on oxygen 15 minutes a day.”

Recovery was very difficult. “I suffered a lot of anxiety. I could not sleep. It was like when an addict was taken from drugs. All the medications had already been taken from me, and my body had a hard time adapting. ”

On July 15, the recovery was noticed because he was able to go for a walk for the first time, and even start running.

“I can say that after three tests that came out negative to the virus, I am healthy. It is a miracle of God!He exclaims.

Officer Bustamante is 100% certain that he acquired the coronavirus during the protests in late May and early June. “There were thousands of people, and some spit on us, threw urine and feces at us,” he says.

But he is also convinced that his good physical condition helped him a lot to defeat COVID-19. “You can have a lot of will power and want to get ahead for your children and parents, but in the end I am here by the power of God”,

And he has no doubt that the constant messages of encouragement from the captain of the LAPD South-Central Division, Al Labrada and his coworkers, gave him great encouragement to fight for his life.

“I think I came out stronger, but I also want to say that this virus is different in each person, and that regardless of age, color, work, it can hit you hard.”

That’s why he recommends that Angelenos take care of themselves, covering their nose and mouth, and if they don’t have to go outside their home, don’t do it. Exposure to the virus can kill you. I was exposed 14 to 18 hours a day. “

The Los Angeles Fire Department (LAFD) has had 150 positive employees, of whom 125 have returned to their jobs.

In the Los Angeles Sheriff’s Department (LASD), there have been 682 positive cases of the pandemic.

The LAPD South-Central Division at 77th and Central Streets, where Officer Bustamante is assigned, is the Los Angeles police station with the highest number of cases.

LAPD officer Valentine Martinez, 45, who worked in the Mission Division of the northern San Fernando Valley was the first Los Angeles police officer to die of the coronavirus on July 24. Officer Valentine is survived by his pregnant partner with twins.

Due to complications from COVID-19, on Saturday, July 24, Los Angeles firefighter paramedic José M. Pérez died. He was 44 years old, 16 and a half years old to serve in the Los Angeles Fire Department (LAFD). He is survived by his wife and three children.