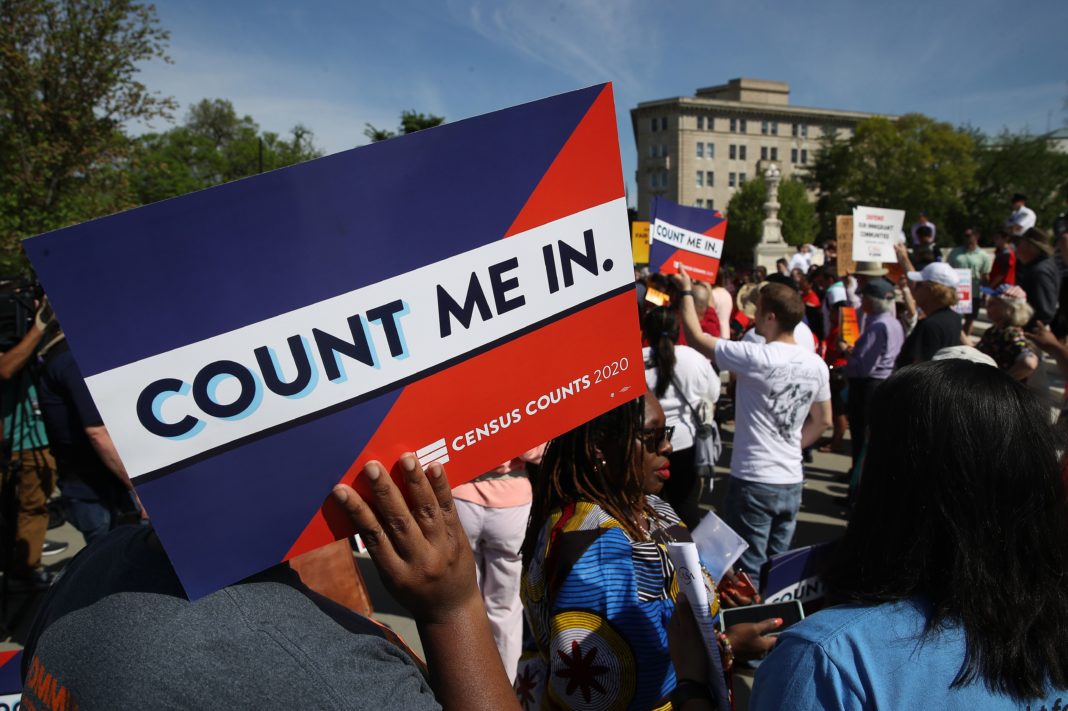 The difficulties that the coronavirus pandemic has brought, along with the interference of the Trump administration, have caused a delay in completing the 2020 Census questionnaire in Latino areas across the country.

Just in June, the Census reached 16.1% of the response rate, a goal that should have been achieved on April 31.

“There is a 37% that has not responded yet, and the only way they do it is knocking on the door. This is supposed to start on August 11, ”he said. Arturo Vargas, director of the National Association of Latino Elected and Appointed Officials (NALEO). Vargas along with several leaders, experts on the subject of the Census participated in a teleconference organized by Ethnic Media Services about the threats that hang over the states and communities at risk of not being counted.

Vargas said that for the success of knocking on doors it will depend on the extent to which the Census Bureau can deploy a numbers and culturally competent workforce to go to diverse neighborhoods where response rates are very low, and how to do it. a safe way.

“We know that the Census Bureau has purchased millions of pieces of personal protective equipment for the use of its surveyors, but they are experiencing some challenges because we do not know if they are really comfortable going door to door and trying to get answers in those homes. they haven’t filled out the forms. ”

He recognized that it will be a challenging task especially when the pollsters go to buildings, in which social distance is practically impossible, and to what extent they will obtain the information they need.

“This is particularly concerning for NALEO, because they know that the only way to have a 100% sure Latino survey is if the responses are successful.”

Pollsters are ready to start knocking on doors starting August 11, and follow up on households that did not respond to the census questionnaire.

Vargas He said of the memorandum issued by the Trump Administration, that the President is not asking undocumented immigrants not to be counted in the Census.

“We are very concerned that there has been coverage and quite a few suggestions from the media, suggesting that immigrants are not going to be counted. That is not what the memorandum asks for. Tells the Secretary of Commerce that after the census is completed, a certain number of people believed to be undocumented are removed from the count of each state“

However, he argued that the only way to do that is to use some estimates or population samples to determine how many people in each state are undocumented immigrants.

“This is extremely imprecise. It does nothing more than create a new set of data, on which to base the most important element of our democracy, and it is the real proportion of the real representation of the House of Representatives. ”

He recalled that since there are no questions about immigration status and citizenship in the Census, the only way the Department of Commerce is going to determine the number of undocumented immigrants is simply by making estimates.

John Yang, president and CEO of the Asian Americans Advancing Justice (AAJC) organization, said that currently about 40% of the Asian population has not yet responded to the census, and they want to make sure they understand the importance and respond.

“We recognize that COVID-19 has wreaked havoc on all of our communities, but we need to ensure that we all recognize the importance of the census.”

The other important deadlines to keep in mind, he said, is October 31 when the deadline to respond to the census expires, and depending on the circumstances, a pollster will be sent to the houses.

Regarding the presidential memorandum of July 21, he noted that it has nothing to do with the current 2020 census being carried out. “That memo should not be a reason for people not to respond. What it does is suggest that undocumented communities will not have the purpose of distributing representation in Congress among states. Let me say that it is clearly unconstitutional. “

Why is it unconstitutional

Yang said Article One, Section Two of the Constitution makes it clear that the cast is based on all people in the United States.

“The suggestion that undocumented immigrants are not people simply contradicts logic in the face of Supreme Court precedent, legislative history, and United States politics for several hundred years.”

He emphasized that “we all count. The census counts each person who lives in the country regardless of whether they are citizens and their immigration status ”.

He made it clear that they initially litigated the citizenship question in the 2020 census, when the Commerce Department tried to impose it, and as everyone knows, they won.

“We are seeing the same thing here. Clearly, this presidential memorandum is unconstitutional because they want to change political representation, away from places that have large immigrant communities, while the census mandates that each state be represented in proportion to its total population, not citizenship. ”

Nestor López, organizer of the Hidalgo County Texas Census, said one of the big challenges they have faced is the fact that this census has been promoted primarily for people to respond online. “In many parts of our county, there is simply no internet connectivity. That made us shift to personal interaction. “

But COVID-19 has really prevented them from doing much of the outreach in person, which would have helped them reach out to key demographic groups that historically have not been counted.

“Unfortunately, our county specifically has been one of the most affected by COVID-19 in the entire country.”

To this we must add the recent actions of the Trump administration that are simply another obstacle that they will have to overcome.

“If this continues, the real effects are going to be extremely damaging to us, because we are a large community with undocumented immigrants here. Our political representation would suffer and be one of the poor areas of the entire country. “

He ended by saying that if people are not counted, the impact of events like the pandemic would be much worse. “The best thing we can do now is to virtually push the message, reach out to trusted local voices and even celebrities to support them.”

They stole a car in Pasadena … with a corpse inside

Mother and her two-day-old baby are deported

Patients on alert because their doctor tested positive for COVID-10 in...