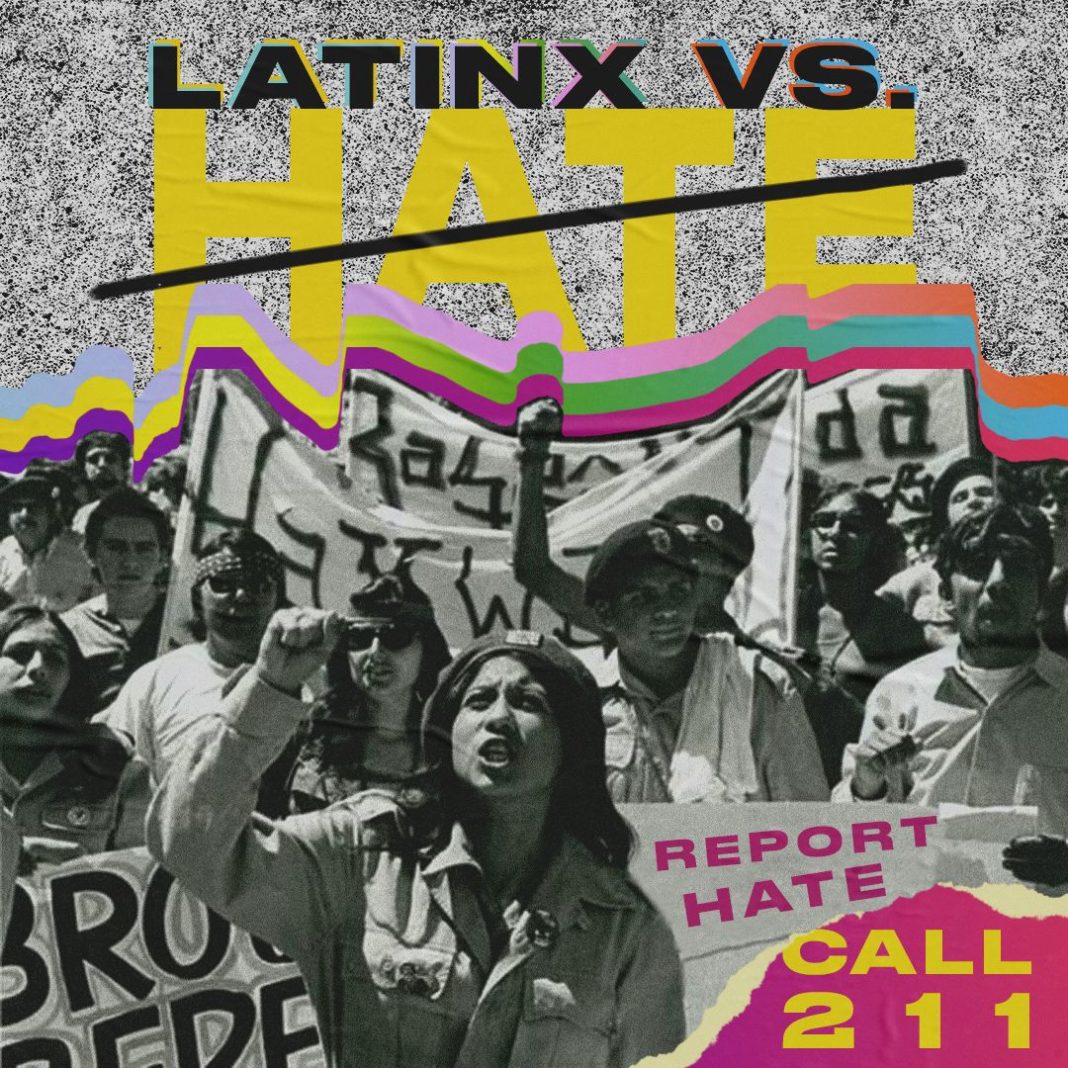 In addition, the Los Angeles County initiative motivates the community to report attacks on 211

In an effort to combat discrepancies and create a more understanding and inspiring environment, Los Angeles County is promoting the LA vs. Hate (Los Angeles Against Hate).

This project, whose website lavshate.org and which was launched a few weeks ago, is directed by the Human Relations Commission and several artists participate to support, inform and unite the residents of Los Angeles County.

Alexandra Velasco, is one of the artists who participated in the creation of animated gifs (graphics) that advocate against hate. In addition, she worked on gifs dedicated to the Highland Park community, Latinos, women, Catholics and Christians.

“I wanted to work with what I felt connected since I am Mexican, I identify myself as a woman and I was a Catholic maid,” she said.

He added that although he has never been a victim of hatred, he has indirectly suffered micro-attacks.

He told an anecdote from a conversation between friends where his ex-partner tried to be “good people” by saying that he supported immigrants and Mexicans and to support it he added that “if it wasn’t for them who would do the gardening or cultivate the land.”

“It may not necessarily be hate, but I would say it is more fear,” said Velasco. “And sometimes people hate because they are afraid of what they don’t know.”

Terri Villa-McDowell, coordinator of the LA vs Hate program, said that from 2017 to 2018 there was an increase in violence especially directed at immigrants.

Additionally, a pair of academics published the UCLA Civil Rights Project study in February 2018, which showed that national rhetoric was impacting immigrant students.

“In October of that year, the Board of Supervisors asked the commission to provide an answer to make sure hatred did not increase in Los Angeles County,” said Villa-McDowell.

“They also called for a multi-agency approach for us to work with different county departments on this issue.”

This is how work began to provide the ability to report hate.

Villa-McDowell said it is well known that immigrants sometimes fear calling the police, so they started a contract with 211, a number that many communities of color go to for social and health services, among others.

“And now you can call 211 and report that you have been the victim of hate or intimidation motivated by prejudice,” said Villa-McDowell.

“There are two full-time case managers who speak Spanish [e inglés] that will help them. “

He added that if the person does not know how to identify exactly if he was a victim of hate, he can answer a form asking why he thinks the attackers carried out the attack.

“The most common is when the attackers say something about them going to their country or occupying the N word …”, said the coordinator.

In addition to the website, the LA vs Hate campaign will be publishing artists’ posters in public libraries, on bookmarks, on the street, and on some bus services.

The campaign is in search of an artist to make a mural in San Gabriel with the theme against hate.

To learn more about the campaign visit: https://www.lavshate.org/?locale=en

Commercial Real Estate in New York: The 7 Pitfalls to Avoid