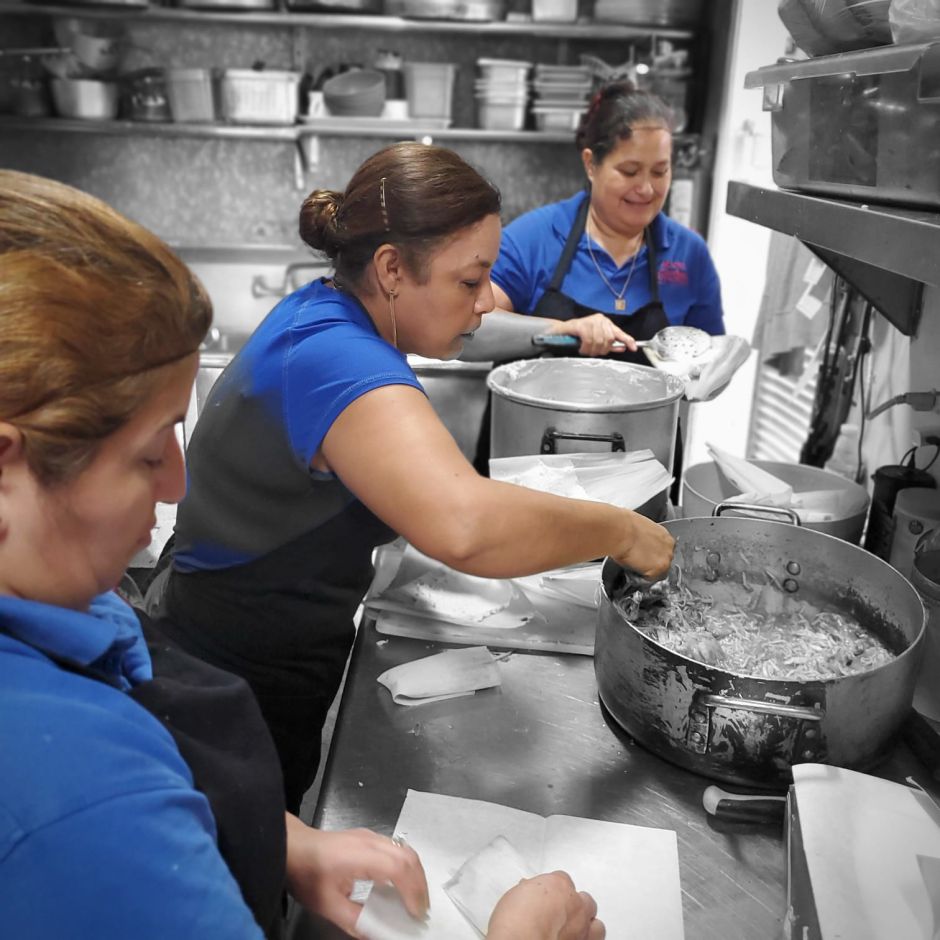 People are afraid of being infected, but restaurateurs have extreme hygiene standards

Francisco Moreno used to go to eat at least twice a week at restaurants in the Chinatown neighborhood in Los Angeles, but since the cases of the now declared pandemic coronavirus began to increase, he decided to abstain.

"I am no longer sorry to go because lunch cost me between five and six dollars, and they gave me a 'big' dish, well served and very delicious. I decided to reserve to attend because it is not going to be that some food preparer is sick and is going to infect me, ”he says.

Sales in many Los Angeles-area restaurants, let alone in Chinatown, began to plummet two weeks ago out of people's fear of contagion.

"We estimate that sales have fallen by 25-30% for two weeks, and some restaurateurs have had to cut their employees' hours, ”says Nadia Abrica, who, along with her family, owns the Mama Lichas restaurant in Sylmar, a neighborhood north of Los Angeles. She is also president of the SOCAL Restaurant Association, which represents more than 180 restaurants.

"People are very scared of going out to eat, and I understand them. Even when I am a restaurant owner, I go out to eat on Sundays; but since the coronavirus thing started, I prefer to stay home and cook. ”

Nadia says that the restaurants affiliated with the SOCAL Restaurant Association have decided to increase hygiene standards to counter any possibility of the disease spreading.

“We have spoken to our employees about the importance of washing hands more frequently and thoroughly; and to be very careful when preparing and serving food. "

She runs the cash register at Mama Lichas. For this reason, she constantly washes her hands as a preventive measure so as not to infect herself.

"I estimate that they have fallen by around 30%”Says Alejandro, who starts selling his hot dogs from Wednesday to Sunday.

“People scare him a little bit more when it comes to street food. What we are doing is putting gel and hand sanitizing towels. Only now it has been very difficult for me to get these products because they have been sold out in stores. "

Some of the most reputable restaurants have not yet seen the impact of the coronavirus, but fear it.

Vicente Ortiz, owner of the Don Chente restaurant in Pico Rivera, who along with his 11 siblings own several food businesses in Southern California, says that in his case sales have not fallen dramatically.

But he acknowledges that he is very concerned about a possible crash. "How long will it be before this epidemic goes away? … we don't know. We are pending and vigilant. So far there has been no need to cut staff or adjust working hours, "he says.

“We were fine, but as early as Monday we noticed a change, perhaps due to the alarming news of the coronavirus. Mondays and Tuesdays are very good days for us. However, on Monday sales fell to 50%. In general, the drop has been between 20 and 30% ”.

He adds that it helped them cope with the drop in sales, which this week at Señor Fish on Main Street in downtown Los Angeles, you already had reservations for events.

But the restaurant entrepreneur says that people are not going out to eat. “I hope I don't have to get to the point of making staff adjustments. I would not like. What I have asked employees to do is wash their hands frequently, ”he observes.

Artist Michael Dergar, who likes to eat out at least once a week, says that with the announcement that the coronavirus is already a pandemic, he has decided to take precautions and refrain from going to restaurants and crowded places.

“I have my mother at home, who is a senior citizen. So as a precaution I must take care of myself. If I get sick, I expose her and her health is more vulnerable. And if there is mistrust because you do not know who may already have the virus. You can see someone very healthy, who does not show symptoms the first days ”.

The most requested item at self-service stores in California right now is toilet paper.

Teresa Blanco, a spokesperson for Northgate supermarkets with 41 branches throughout California, said the items in greatest demand since the coronavirus emerged are: number one, toilet paper; number two, hand sanitizer on towels or gel and chlorine bottles; and number three, boxes of water bottles.

“Based on the high demand for these products, we have put a limit on the quantity that can be purchased. Per person, only the purchase of two packages of toilet paper and a maximum of two boxes of water bottles is allowed ”.

He adds that outside of these items, sales in his supermarkets have not declined. "Commerce is quite normal," he says.

In many Los Angeles grocery stores and markets, you can see the aisles and shelves where the toilet paper and completely empty cleaning products are placed.

As a result of high demand, merchants not only in the US but in Canada have begun to limit the number of packages of toilet paper rolls that people can purchase.

Where is the safest place in Puerto Rico?

What should I know before moving to Iowa?

Is Pittsburgh safe to walk at night?