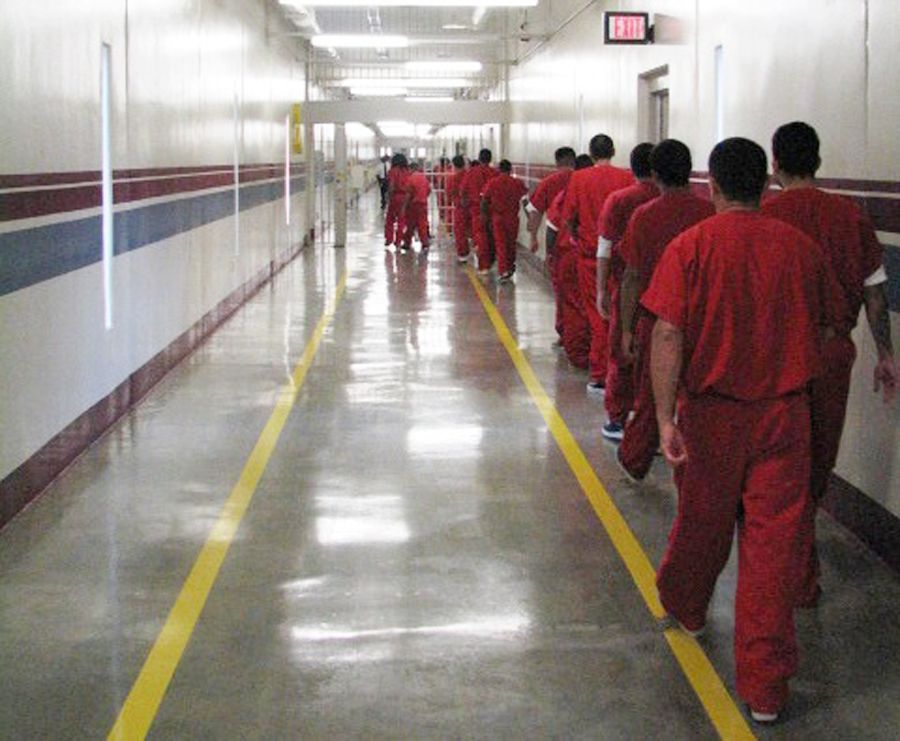 To lessen the spread, more than 600 prisoners have been released in recent days, the Sheriff's Department said.

To help reduce unnecessary work for law enforcement and to focus on high-risk situations this coronavirus season, both the Los Angeles Sheriff's Department (LASD) and the Police Department (LAPD) announced new measures Monday.

LASD indicated that the Los Angeles County jails joined the decision of several other prisons in the United States, which arranged to release certain prisoners to reduce the spread of coronavirus (COVID-19) in their facilities.

Stressing the importance of inmate health, LASD chief Alex Villanueva explained yesterday at a press conference that his department has released 617 prisoners in the past two weeks due to growing concern about the pandemic.

However, he clarified that so far there has been no positive case in his jails.

The sheriff explained that all the jails that depend on his department have been instructed to release those prisoners who had 30 days or less of their sentence.

Additionally, officers are ordered to decrease the number of arrests, which have dropped from 300 to 60 in the past two weeks.

"There is a provision in the penal code that allows that," Villanueva said.

"For those who arrive (detained for minor crimes) we are also now directing all of our local agencies to cite them and release them."

The sheriff also indicated that the vacations of all his staff were canceled until the end of April to avoid security shortages.

"We also provide protective equipment to all our personnel and we have sufficient inventory … such as masks, gloves, goggles and disinfectants," said Chief Villanueva.

"And we will ask the Board of Supervisors to release some of the frozen funds from the Sheriff's Department accounts so that we can continue to buy and resupply supplies of these things."

He indicated that there are currently nine inmates in medical isolation in different prisons.

"And we have a total of 21 quarantined inmates at the Central Men's Jail and five at the Twin Towers Correctional Center, all of whom are receiving the necessary level of care," he said.

“The most dangerous thing is the new detainees, who can infect other prisoners. For this reason, we take their temperature and do medical exams before they enter, "Villanueva said.

The spread of the coronavirus is advancing throughout the United States, where more than 3,500 cases and at least 69 deaths have already been registered, according to the latest official data.

In Ohio, hundreds of Cuyahoga County inmates were released Saturday morning out of concern about the spread of COVID-19 inside prisons.

In that case, county judges held a special session to settle guilty pleas, release inmates, keep them in prison, or release them under arrest.
domiciliary.

These measures were announced after the country's 122 federal jails and many of the more than 1,700 state jails nationwide banned visitors and volunteers, hoping to prevent outbreaks of coronavirus among prisoners.

The Federal Bureau of Prisons announced its ban on Friday, joining most states and some counties that took the same action.

To the sheriff
You can report incidents through their website such as: loss or theft of a cell phone or other property worth $ 950 or less; in addition to vandalism, with the exception of graffiti, whose damage is less than $ 400.
The link for complaints is at: bit.ly/2IUq8tc

From now on, what should you report to the LAPD?

In the city of Los Angeles, the Police Department (LAPD) asked residents to use its online system to report minor crimes.

The entity specified that only in the event of an emergency, such as a crime in progress or an incident involving injuries, 911 be called.

Conversely, incidents such as harassing phone calls, loss of property, theft of property – such as car theft, vandalism, or illegal landfills – can be reported online.

The community's online service can be used to open a complaint and will be reviewed on average once every 24 hours, possibly more on weekends and holidays, the LAPD said.

If more information is needed, the police will contact you by email or phone.

Once the report has been approved, the LAPD will issue a complaint number and a copy of the final report will be emailed to you. The approval process can take up to five business days.

The LAPD also reminds residents that filing a false report is a crime that can be punished by six months in jail, a fine of up to $ 1,000, or both.

To make a report
to the LAPD that is not serious or emergency you can visit: bit.ly/39ZhWDU

‘Cancer is not just pink, there are other types’

Police surveillance on streets of LA increases due to coronavirus

The best Halloween in Texas