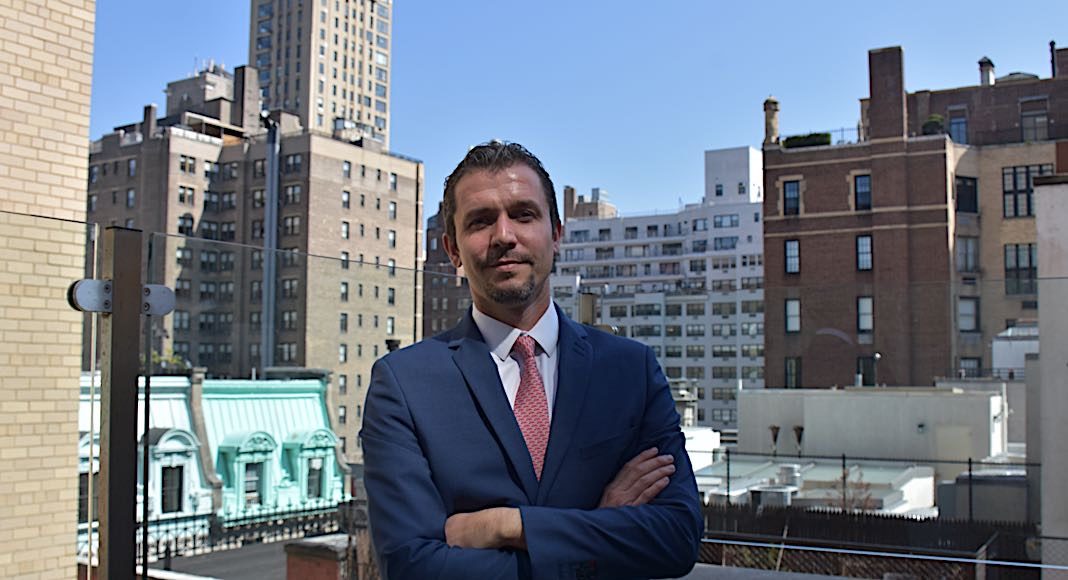 The rooftop terrace of the New York Consulate certainly doesn’t have the gilding of the lounges – nor the view of Central Park, but it does offer the great outdoors so sought after in these times of Covid-19. Jérémie Robert now holds some of his meetings there. It is one of these small changes, in the midst of others much more substantial, that makes the taking office of the brand new Consul General of France in New York so special.

After two years in a ministerial cabinet, as adviser on “Africa and global affairs” to the Minister of Foreign Affairs Jean-Yves Le Drian, the 43-year-old diplomat could have hoped for a smoother landing for his new post. The past week should have been that of the United Nations General Assembly, marked in principle by a ballet of diplomatic visits which usually occupy the consul. The UN debates having all been organized online, no visit this year. “It’s a little frustrating, but it’s also exhilarating to come to a time when there is so much to do, it’s a big responsibility”. The priority, he says is to “Continue to help the French community get through the crisis”. Every day, the consulate receives 70 to 100 calls from nationals who want, among other things, to know if and how they can travel.

Passport applications on the rise

The operation “Love is not tourism”Has particularly mobilized the services of the consulate in recent weeks. Launched by Secretary of State Jean-Baptiste Lemoyne, it must allow unmarried couples separated by the pandemic to find each other. In New York, 83 files were sent to Paris. “The first three chords have just arrived”, rejoices the consul. But beyond that, the entire operation of the consulate was affected. The staff work for example in two parallel teams, which never meet physically, so as to limit the risks of generalized contamination. And some have changed their function, in particular to strengthen the passport issuance service: the number of applications has increased very sharply, especially from bi-nationals who were previously content with an American passport and now need to a French to enter France. “The delays have exploded but it is getting back to normal, in particular thanks to these reinforcements”, notes the consul.

Installed in family – his wife and their two children of 13 years and six months -, the new consul discovers more intimately a city which he knew only professionally. Until then, his career had mainly taken him to Africa (Kenya, Somalia, Cameroon), with also a stint in India. At Jean-Yves Le Drian’s office, he therefore followed Africa, but also the issues of climate change and global health. And it is of course the latter with the Covid 19 crisis that has mainly occupied him in recent months, working in particular with other countries on the global response to the pandemic. In New York he will face the next step, “crucial ”, that of the rebound. “We are going to continue the actions carried out in the past such as the management of French Tech, a crucial sector here”. But he also wants to show French solidarity towards the sectors most affected. “In gastronomy in particular; I’m going to meet the French chefs in New York, listen to them and see how we can help. It is a considerable showcase for France, we have to see how we can mobilize as a community.

Another important sector for France, that of tourism: “we must prepare now for the reopening of borders. The United States sends 4.5 million tourists to France each year; the professionals are preparing for their return and we will do everything possible to make it happen as quickly as possible ”.

Nothing stops them: Latino entrepreneurs in the middle of the pandemic

Patrick Timsit plays "The Book of My Mother" at Raymond Kabbaz...

Invest in real estate when you are an expatriate