Home Latest News "It is time to have migrant deputies in the Congress of Mexico,"... 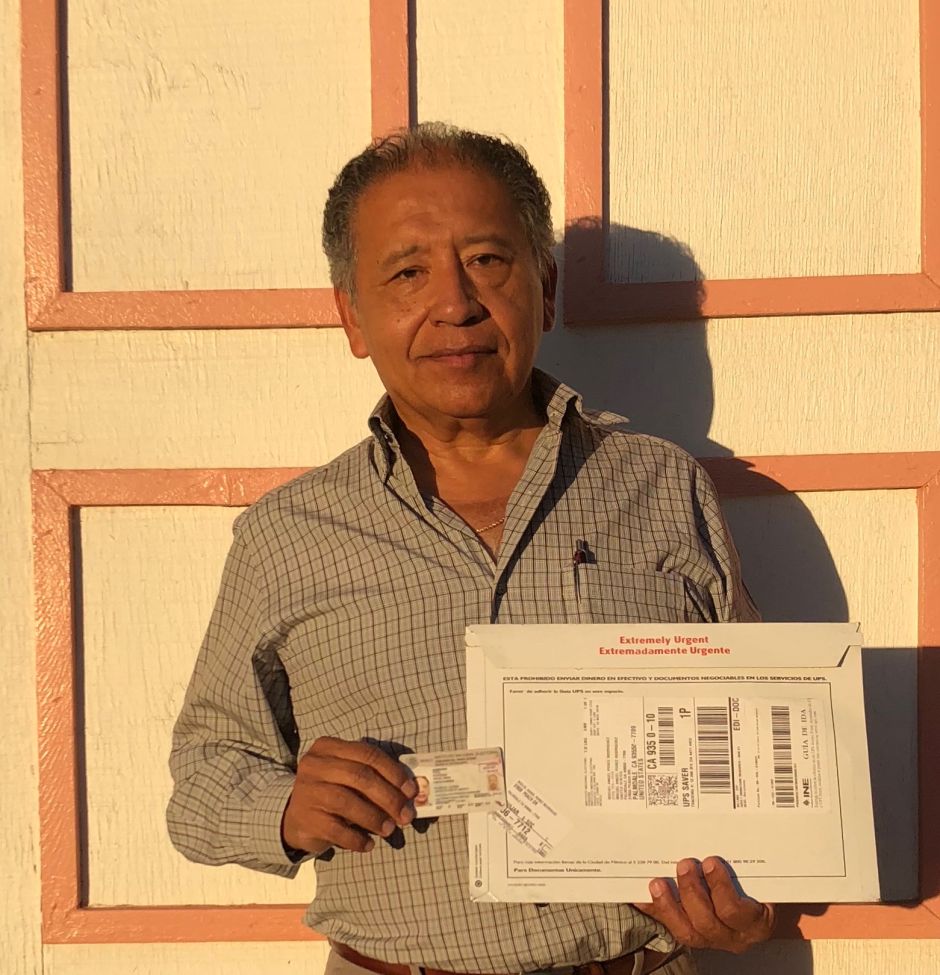 “Living heroes”, as the president of Mexico, Andrés Manuel López Obrador usually calls Mexican immigrants living in the United States, and who with their remittances constitute the main source of income in the country. But those "living heroes" still do not have the right to a political representation in the country that saw them born, and from which they left in search of the opportunities they did not have in their villages.

At the Binational Assembly of the Migrant Force Movement that begins on December 10 in New York, Mexican immigrant leaders will press for not one or two federal deputies, but at least ten deputies representing them at the Union Congress in Mexico.

This when Leonor Gómez Otegui, deputy of the Labor Party (PT) in the Congress of Mexico City, just a few days ago managed to repeal an initiative to end an effort to have a migrant deputy representing the Chilean migrants who live In U.S.A.

Some states have reformed their Constitution so that there are migrant deputies in their state congresses. But at the level of federal deputies, in Mexico, there is only one.

The Citizen Movement party in Jalisco ceded one of its plurinominal deputations, which are not won by director votes but by the percentage of votes obtained by the parties, to Libier JIménez, former president of the Jalisco Club Federation.

Guadalupe Gómez, former president of the Zacatecas Federation, says that Immigrants in the United States must have a voice in the Congress of the Union and the Mexican Senate to represent their interests.

"In the State Congress of Zacatecas, since 2003 we have two deputies, but in all state congresses we should have them, in addition to federal representation," he says. And he says that it is very important to have the figure of the migrant deputy to fight for programs such as the missing 3 × 1 that both did so well in many communities.

If they were approved, how to avoid that they will only occupy a seat without giving results?

"The work of migrant legislators must translate into public policies that benefit the migrant's agenda. They must be people who have a close relationship with the community”, He emphasizes.

Salvador García, who was a federal migrant deputy for eight months in Mexico, before Libier Jiménez, agrees on the importance of having migrant legislators. "First because there is much in common between Mexico and the United States, and programs that benefit both countries are needed," says the former president of the Jalisco clubs.

“As migrants we consume many Mexican products and give a lot to Mexico. It is fair that we also have political representation in Mexico. A representation that comes out of communities and leaders who know the problems first hand and work with organizations ”, Says Salvador.

Emphasizes that for years they have been locked to allow them to participate in politics in Mexico, simply to vote from abroad. “We are more than 30 million first and second generation Mexicans,” he says.

"The migrant deputy has to be a mediator between the communities and the government”, Precise.

The opportunity to have a migrant deputy in the Congress of Mexico City collapsed when the deputy of the PT managed with the majority support that this initiative be repealed.

“It was in the electoral code, and it cannot be above the Constitution of Mexico City. The figure of the migrant deputy was unconstitutional, ”says deputy Gomez Otegui.

But he clarifies that he is not against it. “What we want is to amend something that was done wrong, and create a figure of a migrant deputy with parity, fairness and clear rules. Currently in the Congress of Mexico City, there are 66 deputies, 33 women and 33 men. A male or female migrant deputy would break gender parity. There should be two, ”he says.

And notes that it is not intended to undermine the rights of immigrants.

In New York, leaders of migrant organizations from California, Illinois, Texas, New Jersey, Utah, Nevada, New York and other states meet as of December 10 to form the first Binational Migrant Force Council, and put pressure on there are migrant deputies in Mexico.

"Ten are nothing compared to the 400 deputies in the Mexico City Congress. Those migrant deputies would have to give us an account of their work“, Says Francisco Moreno, spokesman for the Council of Mexican Federations (COFEM).

The opinion He looked for the migrant deputy who exists in the Congress of the Union, Libier Jiménez, and explained the reason for the interview, but showed no interest in discussing the issue.

Jaime Lucero, president of the Migrant Force says that the time has come to unify the leaders of both countries, to recognize their work and allow them to move forward in the struggle to dignify the Mexican communities.

"We are aware of the potential to be a growing factor of positive change in the destiny of Mexico and the United States," he says.

What is your favorite place to eat mole in Los Angeles?...

The guitar of Stephane Wrembel draws "Django the impressionist"

“Franco-American Perspectives on the US Election”: a discussion organized by the...

Stéphanie Brillant presents her "Brain Guide for Enlightened Parents" at the...