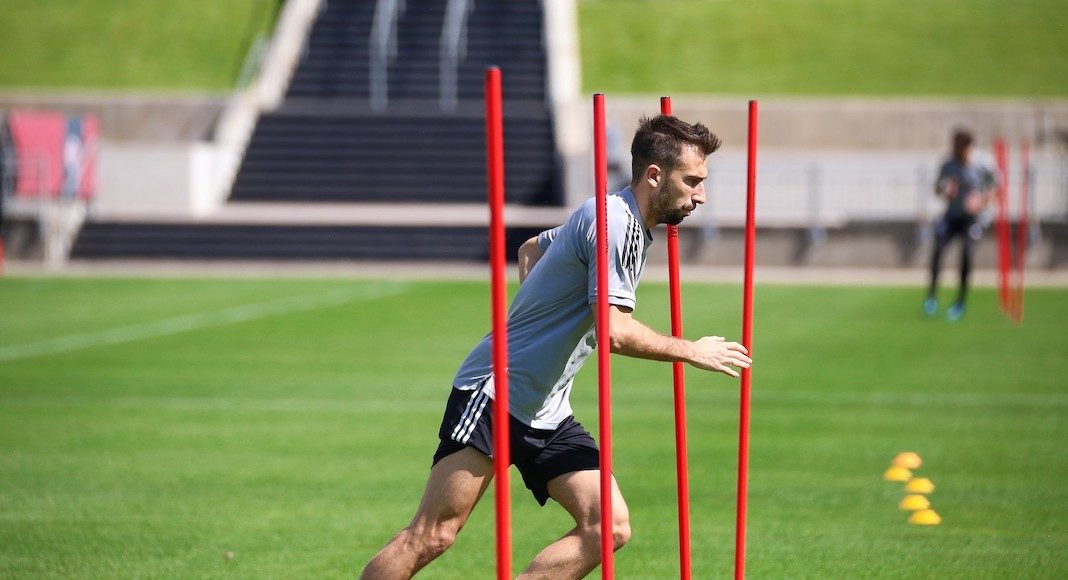 ” My last official match dates back to November. I’m starting to find the time long. ” Former Toronto FC player Nicolas Benezet signed for Colorado Rapids in January. Injured in the nose, he was unable to participate in the first two games of the season with his team on February 29 and March 7. The MLS Championship was provisionally stopped five days later due to the COVID-19 outbreak. ” I’ve been confined to Denver for more than two months. Fortunately, I resumed individual training with my club last week. It’s not amazing, but it’s better than nothing. “

In France, the LFP (Professional Football League) has already announced the end of the Ligue 1 season. Elsewhere, some championships have been able to resume behind closed doors, as in Costa Rica on May 19 and in Germany on May 16, or will resume as in Spain in June. In the United States, the COVID-19 figures remain too high and the situation is too different according to the states to consider a return to the championship.

Paul Marie is a midfielder at San José Earthquakes. He is one of those who have still not returned to training. ” There has been a strict lockdown for two and a half months in the Bay Area. You cannot leave your home. The 25-year-old defender tries to keep fit at home. ” The club provides us with a weekly program. I train alone in the mornings and spend time with my wife in the afternoon. I can’t wait to resume. Same thing in New York and New Jersey, where the governors of the two states prohibit the reopening of the training centers of professional clubs. ” I try to have a routine, but I do not have a physiotherapist and a physical trainer available. I do the exercises, but I don’t know if I’m doing it right », Says Florian Valot, midfielder of the New York Red Bulls. Same scenario in Pennsylvania, which prompted the club to invest the premises of the Sixers basketball team in Delaware. The return of players to training has been possible since May 18 on a voluntary basis. ” I will not go. Football is good, but health is the most important “, Considers the French defender Aurélien Collin. “ I have a friend who stayed in a coma for fourteen days because of the coronavirus. I think you have to be patient and wait for the health situation to improve. “

David Milinkovic has resumed training in Vancouver since May 12. ” We go out in groups of four, each with a quarter of the field to do individual exercises. Social distancing measures are really respected », Details the 26-year-old Frenchman who signed in MLS to relaunch his career after a failed stint at Hull City in the English second division. ” It’s a frustrating situation, especially since I started the season well with an assist in my first game. Adrien Regattin has also resumed training in Cincinnati after two months of confinement away from his family who remained in Montpellier. ” It feels good to touch up the ball », Explains the Franco-Moroccan 28 years old. ” I always stay positive, but I miss my wife and daughter. It’s been three months since I last saw them. “

“The Orlando tournament? A 5-star prison ”

Over the past two weeks, the American press has reported on the MLS plan to resume the season by organizing a tournament in Orlando this summer. The event, behind closed doors, would be spread over ten weeks with drastic health and safety measures. The Athletic revealed details the league is considering on May 21. The 26 teams would be expected by mid-June in Florida for physical preparation, followed by a tournament with four pools (three pools of 6, a pool of 8). The top two teams from each pool would then compete in knockout matches.

The holding of this tournament, which would therefore replace the regular season, is subject in particular to the conclusion of negotiations between the league and the players’ union, the MLS Players Association. ” We were told there would be a player vote regarding the project “Says Paul Marie. ” We are not worried about our health. The problem is, a lot of my teammates have kids. Me, I am ready to play, but if they do not want to leave for so long, I will vote no to support them. “” 500 players locked up in Orlando all summer, it looks like a 5-star prison », Considers Florian Valot. Single, the player who has worked with PSG does not see any constraints in leaving to play but also wishes to support his team-mates: ” we do not play an individual sport, we must think of those who have families. This is particularly the case of David Milinkovic, who just had a baby on May 10. ” We all want to play football, but we hope not to be separated from our loved ones for too long. “

Negotiations are currently underway with the league regarding lower wages. Players refused an initial 50% drop in April, then 20% in May. A deal between 7.5 and 10% is now on the table, unless the Orlando project sees the light of day. In this case, players would keep their full wages until the end of the tournament. ” I’m all for it “, Loose Nicolas Benezet. ” But the ideal would be to make a preparation of three weeks each in his club, and then to meet all in Orlando for a tournament which does not exceed three weeks. The Colorado Rapids winger specifies that he will comply with the decisions of the league. Aurélien Collin believes in a final stop of the season. ” The league wants us to continue to train and tell us about this Orlando project, but I think it’s mainly to keep us in shape and not to lose morale. “

“ If it’s so that we are forced to go and that a lot of players shout out, it’s not worth it “, Affirms for his part Paul Marie. ” If we go, it must be in the right frame of mind and to win. Nicolas Benezet and Aurélien Collin believe that the MLS will quickly find a solution. ” The league is very well organized, I am sure that the recovery project, in Orlando or elsewhere, will be consistent “The Colorado Rapids player said. ” Americans are very strong in organization and adaptability Added the Philadelphia player.

Where to celebrate Halloween 2019 in New York?

Los Angeles residents at their own risk this weekend

Judge orders release of children in detention to protect them from...

In times of crisis, aid increases to provide food to those...