Home Latest News Immigrant indigenous people, one of the communities most vulnerable to the coronavirus... 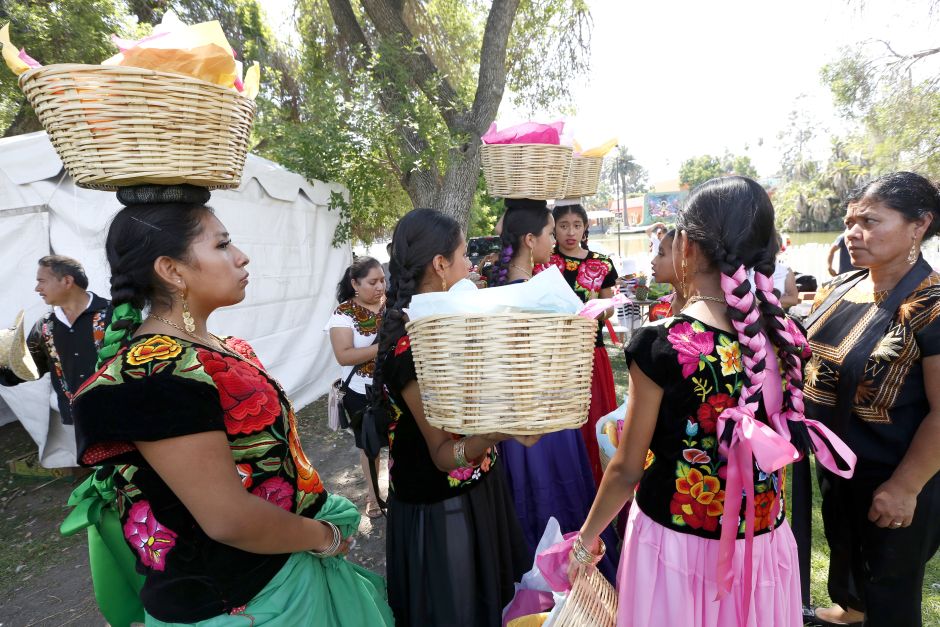 Organizations and volunteers have made videos in different indigenous languages ​​to alert the community.

Almost three weeks have passed since the nation became paralyzed after the excessive increase in infections and deaths from the COVID-19 coronavirus.

The focus on helping people intensified at all levels, but at the same time declined among vulnerable communities, such as undocumented and indigenous immigrants who often do not speak Spanish or English.

Pro-indigenous activists assure that the indigenous community has heard about the contagious virus, however, they do not know its severity. Others know the seriousness of the problem, although the need to go out to work is stronger for them since they must pay their rents and put food on the table for their families.

In many of these cases, indigenous people do not have documents and therefore do not qualify for any type of federal or state financial aid.

Odilia Romero, interpreter of indigenous languages ​​and executive director of the non-profit organization Indigenous Communities in Leadership (CIELO), said that approximately two weeks ago they began creating videos to explain to people, in different indigenous languages, what the coronavirus means and how protect yourself.

"We identify the languages ​​that are most widely spoken here such as Zapotec, Chinantec, Mixe and K'iche," said Romero.

The videos are also shared with pro-immigrant organizations, especially those on the border that advocate for undocumented immigrants in detention centers.

Luis López, of Oaxacan origin and a member of the Mixtec community, said he worked at an Italian restaurant in downtown Los Angeles; The problem was that on March 13 he and more than a dozen workers were laid off.

"First they told us that, until the end of the month, but it is already first (of the new month) and nothing," said López, who worked part-time.

Over the weekend he went to collect his check and said that of the more than 20 indigenous workers he knew at the restaurant, there were only about two or three in the kitchen.

"And this is a restaurant that regularly has a lot of chefs, salad workers, making pasta, but there was almost no one," said Lopez.

He assured that his colleagues have made him see that they are suffering a lot from the situation.

"Several have contacted me to find out if I know where to get a job or if I have information about what will happen at the restaurant," said López. "Some did not understand much of what was happening (with the pandemic), others were desperate because they lived on tips and now they are without wages and tips."

Romero said that she has received dozens of phone calls from indigenous workers asking what they are going to do when the day comes to pay the rent.

“Many of them don't have a job. For example in Los Angeles, where they work the most is in the service industry, restaurants, bars that have been very affected, ”said Romero. "A lady told me that they are eating rice and beans at home and she has already disconnected the internet, but this leaves children without access to school (with online classes)."

López, who also works part-time with the CIELO organization, said that his colleagues ask him if they will receive help from the federal government.

"But for many it is not possible because they are undocumented," López said. "But I send them the resources like where to go and get food."

López said he also cares about himself, despite having his second part-time job, since he is the head of the family with a minor.

"For now we are doing a lot of work from home," said López, who is in charge of editing the informational videos. "We work in several indigenous languages ​​that are later spread throughout the United States, Mexico and Guatemala."

To learn more about the nonprofit organization CIELO and the work it is doing with the indigenous immigrant community visit: https://mycielo.org/resources-in-indigenous-languages/

The Moulin Rouge from Paris to New York for the premiere...

5 exhibitions to see for the "Black History Month" in Washington

Mothers on the front line of the fight against the coronavirus