Home Culture How to keep busy during the Christmas holidays when you’re stuck in... 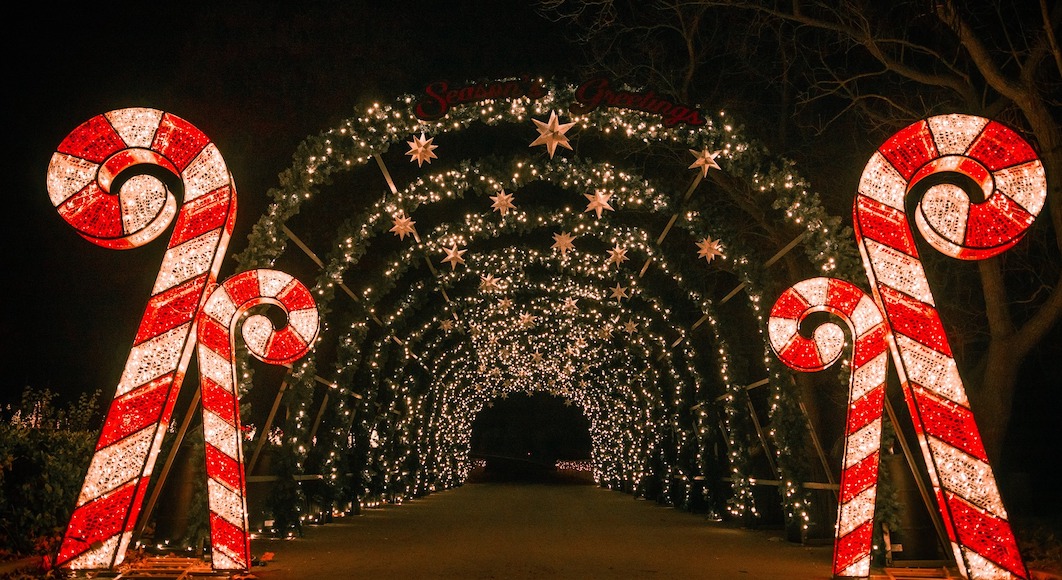 The Christmas holidays in confinement is a test. But the holidays won’t be dreary in Los Angeles. Drive-in, Christmas lights, cult film screenings, snowball battles… French Morning has identified the best plans to take care of during the winter break.

Christmas drive-ins
The solution to disconnect from the Covid-19 in Los Angeles, without taking any risk: get in your car. Like Halloween, Christmas drive-ins are swarming this winter. Until December 30, the Woodland Hills neighborhood is home to WonderLAnd ($ 70 per car, 6100 Topanga Canyon Blvd in Woodland Hills), an experience worthy of an illuminated North Pole, filled with trees, elves and even Santa Claus. You can also become an actor in an epic at The Elf on the Shelf’s Magical Holiday Journey in Pomona (until January 3, 3. Fairplex, 1101 E. McKinley Ave in Pomona, from $ 24.95). The elves need your help to fix Santa’s sleigh! At Dodger Stadium (1000 Vin Scully Ave, Echo Park), baseball will rhyme with Christmas spirit. The drive-in ($ 55 per car), open until December 24, mixes a light show, fake snow, and interactive screens honoring local champions.

For the occasion, the Six Flags Magic Mountains amusement park (26101 Magic Mountain Parkway in Valencia, closed due to the epidemic, $ 25 per person) is also turning into a drive-thru. Until January 10, you can drive around eight illuminated environments by car, with themes such as Holiday Square and Gleampunk District. You will also have to rely on Holiday Road Drive-Thru Experience, which invades the King Gillette Ranch (26800 Mulholland Hwy, Calabasas, $ 75 per vehicle) until January 10. Santa Claus, lights, elves, a gingerbread village… The magic of Christmas will be there.

A show to watch from your car
Christmas is synonymous with shows in the city of angels. And this year will be no exception to the rule. Instead of going to a theater, you can see Santa Saves Christmas Live Stage Show on December 19 and 20 (from $ 49 to $ 199 per person), a multimedia show with classic holiday songs performed live (which will sound through the ‘car radio). Ventura County Fairgrounds, 10 W. Harbor Blvd, Ventura.

A magical stroll
Among the few options offered during confinement, remain the parks. This is the case of the South Coast Botanic Garden (35 dollars per person), whose rose garden, the collection of desert trees or the wall of ferns will be dressed in their clothes of light until the new year. Around the Glow theme, this lush oasis will transform into an “oceanic” experience with its original music and illuminations specially designed by California Outdoor Lighting. A unique walk after dark. South Coast Botanic Garden, 26300 Crenshaw Boulevard Palos Verdes Peninsula.

The Descanso Garden ($ 15 entry) has traded its light outfit for an equally sought-after pageantry. Mirrors have been nestled in the forest of camellias, gold polished stones placed at the foot of the trees for a play of lights, deer sculptures, made by David Lovejoy from recycled materials, installed, just like a tree wishlist created by artist Kaz Yokou Kitajima. Descanso Garden, 1418 Descanso Drive, La Cañada Flintridge.

A drive-in canvas
Deprived of its projections on the rooftops of the city, the Rooftop Cinema Club takes possession of the Santa Monica airport for the holidays. You will be able to see classics there, such as “The Grinch” on December 21, “Elf” on December 21 and 22 or even “Life is beautiful” on December 23. Be careful, they go like hot cakes! Prices start at $ 32 (1 vehicle and two people). Santa Monica Airport, 3233 Donald Douglas Loop S, Santa Monica.

Classic films that will also be screened in the Roosevelt parking lot in Hollywood. Tickets ($ 55 per car) come with a drink and popcorn. Hollywood Roosevelt Hotel, 7000 Hollywood Boulevard, Los Angeles.

“The Grinch”, “Madagascar”, “Rudolph, the little red nosed reindeer”, “Kung Fu Panda”, “The Wizard of Oz” or “Grease”… There will be something for all ages in Santa Clarita during Holiday Movie Nights ($ 39 per car). The program is particularly suitable for children until December 26. Soledad Shopping Center – 18336 Soledad Canyon Road Canyon Country.

An almost normal Christmas
And if you want to experience the magic of Christmas, The Bite LA promises a unique experience (starting at $ 98 for two people per car) with a marathon of treats to go begging (by car), but also “ball battles”. snow ”(in cotton) via interposed cars and on larger-than-life snowmen, as well as a cocooning moment listening to the stories of Santa Claus while savoring a hot chocolate. What Proust madeleines! Legg Lake, 751 Santa Anita Ave, South El Monte.

In 6 hours, they create mural in honor of Kobe Bryant...

Stylists demand they be allowed to open salons or government aid...