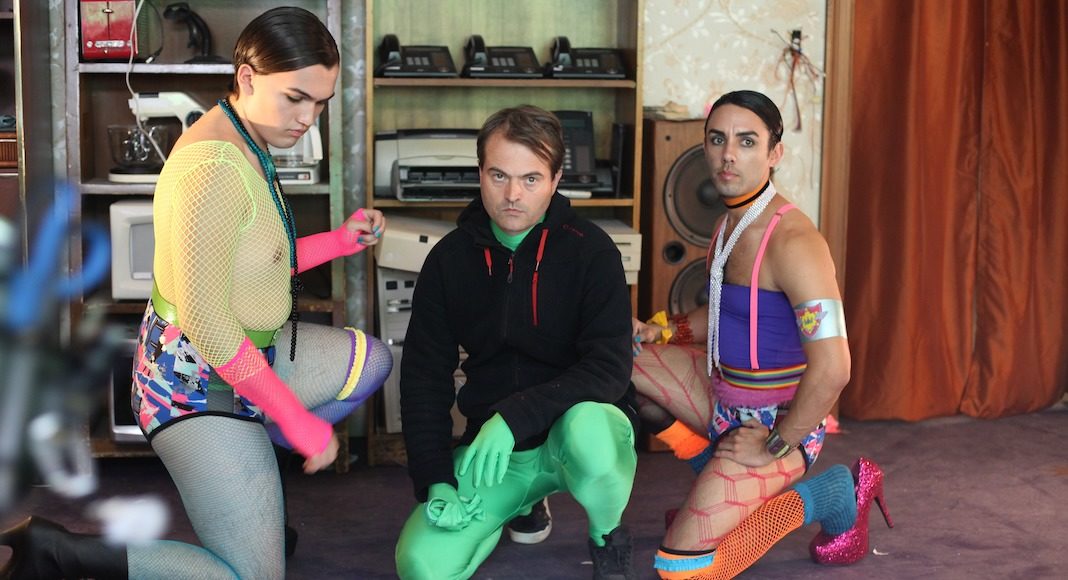 While the American election has occupied (and continues to occupy) the spirits, Igor Darbo hopes to hit the mark with his political dystopia … The film “Greatland” is available on the Amazon Prime streaming platform since November 1st.

Produced by Popcorn & Friends, the production company of the Frenchman based in Los Angeles, the sci-fi feature film offers a true satire where the inhabitants cannot read or write, have rabbits for children and are controlled by a artificial intelligence. The plot is set around an election, where they must choose between a cat and a dog to guide their country. “When“ 1984 ”by George Orwell meets“ Idiocraty ”(Mike Judge) with a lot of humor and farce”, sums up the producer who took care of logistics, fundraising and post-production. The artistic part, including writing the script, was reserved for his wife Dana Ziyasheva. A real family business.

Even though the film echoes the news, dealing with an election and a virus “From the nation of evil”, its distribution was not easy, given the Covid-19 epidemic. “A lot of festivals have been canceled, like South by Southwest (Austin, Texas) where we had planned the premiere”, admits the French. His film also accuses the blow of the closing of cinemas, and in particular those of Los Angeles and New York: “So this is not the expected dynamic”, he admits. But far from feeling sorry for himself, he has made online marketing efforts to reach a wider audience. “We are ultimately less impacted as small independents than blockbusters”, he finally concedes.

“The chance to reinvent yourself”

“Greatland” is the couple’s third film project, the first in America. “After our experiences in China and Costa Rica, we wanted to reach a wider audience”, defends Igor Darbo, who does not minimize the economic aspect: “It is easier to find projects in English with economic viability”.

Cinema and Igor Darbo is a recent love story. He fell into production by chance while working in China in 2007-2008. “As a consultant, I was in charge of coordinating the Chinese and European teams on projects in the field of new technologies; this led me to meet local cultural actors. ” Some then offered to coordinate Sino-American or Franco-Chinese teams for films, this time. And the offers are multiplying. “It was a chance to reinvent yourself”, he argues. “What I like about this industry is the mix between the artistic and the logistics, the setting to music at all.”

He then clicked: set up his production company with his wife, the artistic soul of the couple, a former journalist who then worked for the press service of the Ministry of Foreign Affairs of Kazakhstan. Popcorn & Friends will experience its moment of glory by winning in 2012 the prize for “best international co-production project” at the 15th Shanghai International Film Festival for “The Dragon Angel”.

The family subsequently moved to Costa Rica, where they produced “Defenders of Life,” a film about an indigenous tribe (his wife is once again writing the script), available on Amazon Prime. Before tackling the American market in 2015. Igor Darbo hopes that his feature film “Greatland” will soon be available in France, counting on the beginning of 2021. The film has, in fact, been presented at the Moscow international festival in October, and called on the festivals of Angers and Lyon.

At the same time, the Frenchman is working on a historic film project in France, which would relate the “children’s crusade” in 1212. But he is not limited to a single project, and is already working on a sequel for “Greatland” which caught the attention of the American media.

French Boss, Laurence Laplanche: “In France I no longer had time...