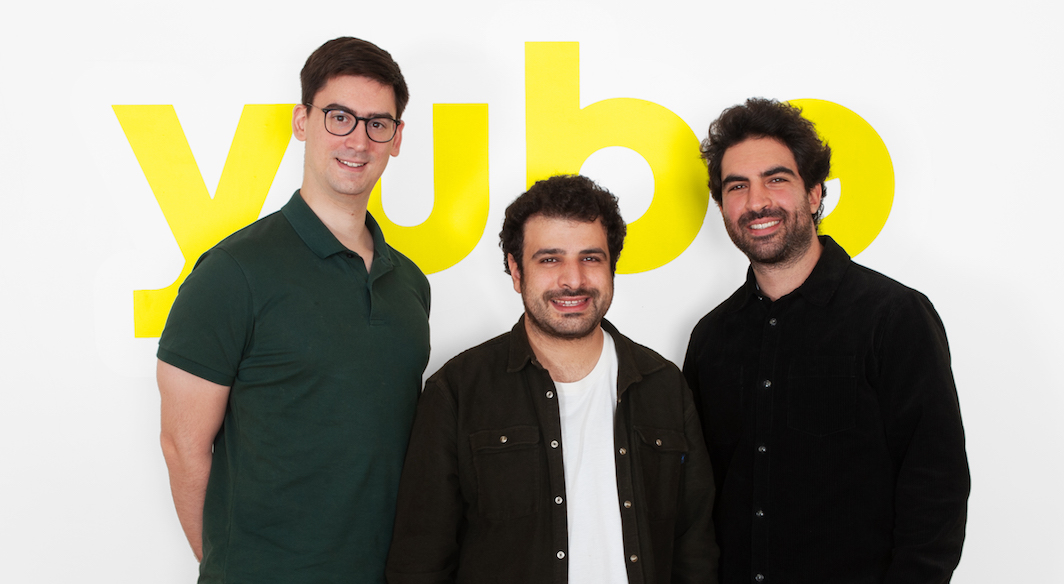 How did a simple gap year student project become a global phenomenon? Ask Sasha Lazimi what it does.

The French entrepreneur and two of his engineering school friends (Jérémie Aouate and Arthur Patora) are at the origin of Yubo (formerly Yellow), a friendly dating app aimed at Generation Z (born in late 1990s). In five years of existence, it has amassed 40 million members worldwide. And has just completed a tidy fundraising of 47.5 million dollars from prestigious funds such as Alven, Gaia Capital Partner and Sweet Capital, to strengthen its international position, with the upcoming opening of an office in New York. . “When we were a student, we dreamed of building a platform with over a million users, but we were surprised by the scale. It’s certain“, Admits Sasha Lazimi.

Yubo is the result of several unsuccessful attempts by the founders to launch social networks in the past (geo-localized discussion groups, dating app, etc.). It is based on thematic groups limited to 10 people, which each user can create and join in video streaming. They can also come into contact with other users through a “swipe” mechanism. This feature has earned Yubo being described in the press as a “Tinder for teens” – a nickname that the founders reject – but the app’s stated goal is to make new friends. “We realized before creating Yubo that millions of people shared their Snapshat nickname to be added by strangers. We wanted to explore this, he said. Generation Z was born with social media. There is no difference for her between ‘online’ and ‘offline’. To communicate with others, they have classic messaging applications or content discovery applications, such as Instagram, TikTok, which are based on likes, views, individualistic behaviors, etc. But they do not offer the same human interactions as if we entered a room“, Continues the entrepreneur.

Unlike Facebook, Yubo does not have advertising: the app is funded by the purchase of games and various features by users. In 2020, it projects a turnover of 20 million dollars, double that of 2019. “To generate advertising revenue, you need to have a mass of users, explains Sasha Lazimi. But we find that the ad is not good for the experience. We prefer to use data to improve the experience of our users“. They also cannot “like” content, unlike other networks.

Since its creation, Yubo has continued to grow. It had 5 million members after one year, doubling after two. The Covid-19 has helped too. “Our users were on the app after school or over the weekend. With confinement, it was a bit of vacation every day! Engagement increased on the platform“, According to Sasha Lazimi. In September, Yubo opened a first American office in Jacksonville (Florida), where the two leaders of the “safety specialists”Which ensure user safety in real time. In the United States, Yubo gained attention after adult men used the app to meet underage girls.

“A third of all our investments go into security“, Explains Sasha Lazimi. The new fundraising, announced in mid-November, will also make it possible to strengthen the alert systems and the detection of inappropriate behavior or content, in particular through the recruitment of additional staff and the development of a new algorithm. to assist them. “We want to multiply by ten our teams of human moderators, he explains. Yubo is designed to be safe. We use the app to socialize. In real life, we wouldn’t go to a place that doesn’t feel safe to us“.

The future New York office will strengthen Yubo’s development in North America. The United States and Canada alone account for half of app users – and the United States, 40%. Goal: “continue to develop and “scale up” in the United States, our primary market“. To help them do this, Jerry Murdock, co-founder of the Insight Partners fund (investor in Twitter and Snapchat) has joined Yubo’s board of directors as an independent member. “The challenge is going to be to continue to grow as fast as in the past! observes Sasha Lazimi. We want to empower Gen Z to be themselves“.

Where to celebrate Halloween 2019 in Miami?

Several firefighters injured in an explosion in downtown Los Angeles