Home Business French Boss, François Huré: “the most important thing is to surround yourself... 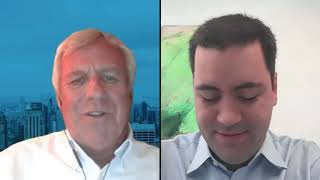 For this first French Boss produced both in video (Facebook, YouTube) and in audio, François Huré, 35, co-founder in 2015 of CapM, a strategic and financial consulting firm in mergers and acquisitions, welcomes us to his offices in New -York.

François’ start to his career, which could not be more promising, is based on a constant concern to internationalize his consulting services. It is for this reason that he settled in Manhattan, after completing his studies in the United States. Meeting with a man who has neither model nor idol, who constantly adapts his advice according to the personality to whom he addresses it, and who – according to him is the main recipe for success – believes more than anything to the values ​​of the collective.

Also to listen in podcast:

Listen to “François Huré, founder of CapM. No. 27 ”on Spreaker.

7 questions you ask us about the French Morning fundraiser

Hollywood could be transformed: they propose to remodel the Walk of...

VIDEO: The moment a packet thief acts in the Melrose district

If you suspect abuse during the pandemic, report it!