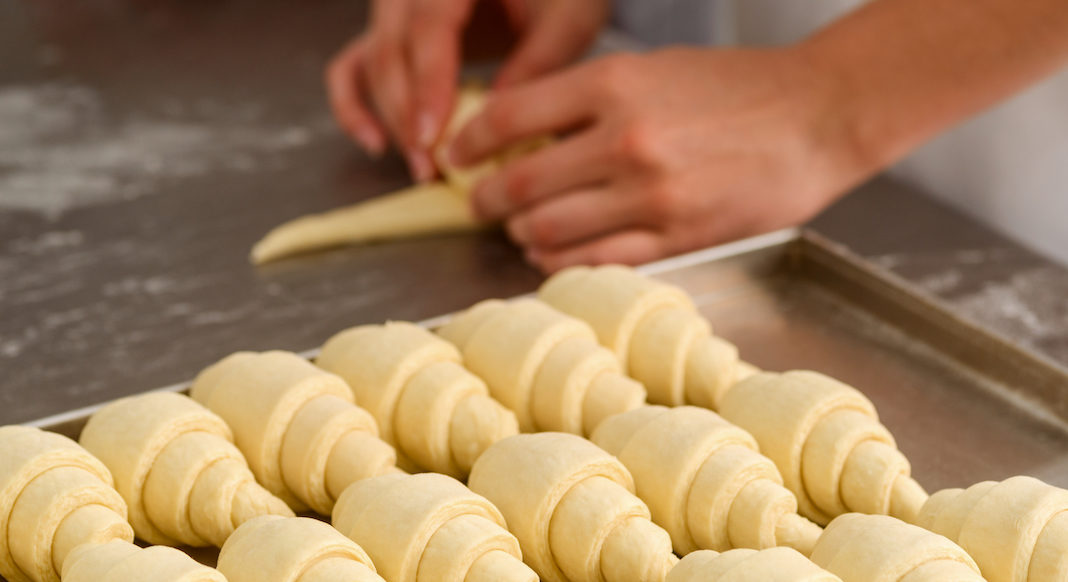 Selling the baguette at $ 3.50, the croissant at $ 4, three or four times the French prices, that’s what makes more than one baker in France dream… More and more of them are crossing the Atlantic to live their American dream, and not only in the big cities. Others choose small American towns …

One of the first motivations of these traders is above all to settle in places where real bakeries are scarce, or even non-existent. This is the case of Richard and Eliette Candillier, retired policeman and nurse living in Pahrump (35,000 inhabitants) in Nevada. Before opening a shop, the two retirees came to this town for the holidays. Very quickly, they realized that there was no bakery worthy of the name on the spot and that the inhabitants were more used to buying frozen bread or straight out of the fridges of supermarkets. “I decided to take a baker’s CAP for a year and we set up our project with an E-2 visa in association with our son Julien, who is a pastry chef. We arrived in the United States in September 2016. We opened O’Happy Bread on January 10, 2017. This represented an investment of 120,000 euros for the equipment and 80,000 euros for the fittings.”, Recalls Richard Candillier.

A baker in France for twenty years, Joël Garcia dreamed of coming to live in the United States to start a new adventure with his passion for traditional bread as the driving force. This former craftsman from the Béziers region matured his project for a year and a half, before opening Rendez-Vous French Bakery in Sarasota (58,000 inhabitants), Florida. “We had made two trips to this state, before we decided. I looked for bakeries to sell and luck led us to Sarasota. We did not want to settle in Miami, because we preferred a city on a human scale”, He explains, specifying that at the time, Sarasota had only one bakery.

Before they could secure a loyal following, the two artisans did a lot to attract and seduce American consumers – and change their habits. For Richard Candillier, it was especially necessary to pass the bill. “Local customers were initially surprised by the prices, but after tasting our products, they were quickly convinced of the difference”, He assures us. The difficulty was also to get them to come every day, but he says the daily batch argument hit the mark. “Buying a fresh baguette every morning is not in the philosophy of Americans, but mentalities are changing”, Confirms Joël Garcia.

However, the sale of bread is not enough to sustain the activity. Whether it is Richard Candillier or Joël Garcia, the two entrepreneurs had to broaden their range. “We make specialties such as cannelés, almond tiles and also French cakes, but also American, such as cheesecake”, Explains Richard Candillier. They even further developed their menus by offering sandwiches, such as the traditional ham and butter for Joël Garcia, omelets, soups, breakfasts and lunches.

Growth also requires a presence in local markets. “We participate in the farmers markets four days a week. There we reach American customers who are looking for traditional products, such as specialty breads with olives or cereals.”, Assures Joël Garcia. Also present in local markets, Richard Candillier underlines the importance of social networks such as Facebook to increase awareness and attract more customers.

French artisans especially emphasize the quality of the ingredients to make a place for themselves as explained by Mathieu Choux, the owner of Gaston’s Bakery in Boise, Idaho. If this city is larger than Pahrump or Sarasota with its 220,000 inhabitants, it is nonetheless an average city on the scale of the United States. Former restaurateur installed there since 2001, Mathieu Choux started in the bakery and pastry shop for lack of finding good products in the region. In order to attract Americans, he collaborates with local farmers. “We buy wheat from them, organic or not, and we should soon obtain certification for our organic flour ”, he specifies. Today, he enjoys great notoriety in Idaho, providing restaurants and selling his pastries across the country.

For his part, Joël Garcia wanted to offer products with typical flavors, close to what he did in France. It was not easy, but he is happy to have succeeded in this challenge. “Our flours come from the United States, but the important thing for the taste is the butter. We managed to find a former pastry chef who provides us with French butter. And for our sandwiches, we work for example with Madrange”, Says Joël Garcia. According to him, it is obvious that it is an added value, in the face of competition which favors industrial products.

Welcome to our 125 new shareholders!

They mount art exhibition in honor of the Virgin of Guadalupe...

Los Angeles will have the first monument dedicated to the braceros

Museums, monuments: Virtual tours to escape to the United States without...