Home Latest News For blocking investigations and breaking the law, they ask for the resignation... 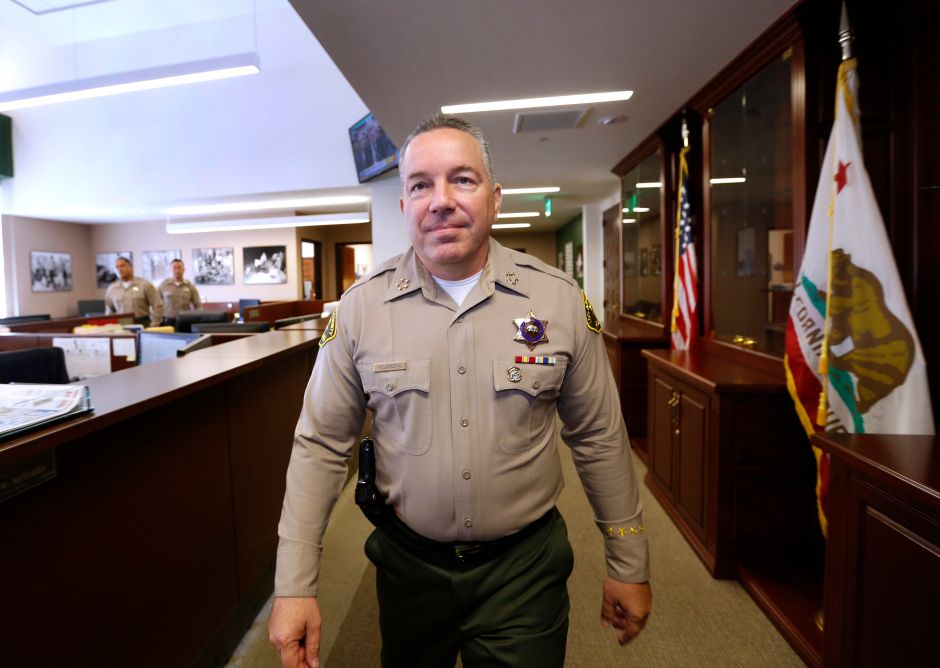 More and more voices are demanding that Sheriff Alex Villanueva leave the position to which he was elected in 2018. This time several elected leaders of the county and the city of Los Angeles asked him to resign. Among those who joined in asking him to vacate the office are Supervisors Mark Ridley Thomas and Sheila Khuel as well as Council Member David Ruy.

“He is not serving the people of Los Angeles County properly. You must resign, ”said the Los Angeles City Councilmember David Ryu.

He pointed out that Sheriff Villanueva has blocked investigations, violated the law and refused to take responsibility in the Department under his charge.

Supervisor Mark Ridley-Thomas said that like members of the Civil Oversight Commission, he is concerned about the sheriff’s conduct and how it has interfered with progress on reforms and improved accountability. “

“I continue to urge the sheriff to cooperate with independent oversight bodies to conduct a real inspection of the Department and serve as true allies in advancing critically needed reforms.”

Several members of the Civil Oversight Commission that oversees the Los Angeles County Sheriff’s Department have asked the sheriff to resign.

This week, during a hearing, Civil Oversight Commissioner Robert Bonne, a former federal judge and head of the Drug Enforcement Administration, said that the members of the Sheriff’s Department deserve the best.

“It is with great reluctance that I am calling for the resignation of Sheriff Villanueva. I don’t take this step lightly. I only do it because it has become apparent that at times he has shown that he lacks the criteria to be a sheriff and cannot provide the leadership the Department needs. “

Virtually since taking over the Sheriff’s Department, Villanueva has faced complaints and criticism, notably his insistence on hiring an officer who had previously been fired for domestic violence, sheriff gangs, and the transfer of detained immigrants to the Service. of Migration and Customs (ICE).

The killings of Andrés Guardado and Dijon Kizzee at the hands of sheriff’s deputies fueled calls for him to leave the post.

In July, unionists and community members held a motorcade to demand the sheriff’s immediate resignation due to his failure to reform the sheriff’s department. If he does not resign, they warned that he will be removed from office in the 2022 elections.

“We know when a sheriff is abusive and unfair,” said Kurt Petersen, co-chair of UNITE HERE Local 11. “Our union removed Sheriff Joe Arpaio from office in Arizona in 2016, and we are ready to do the same with Villanueva.”

One of the reasons they argue for asking Sheriff Villanueva to resign is his refusal to cooperate with an independent investigation into the murder of Andrés Guardado, an 18-year-old at the hands of sheriff’s deputies.

Supervisor Sheila Kuehl said Sheriff Villanueva has cost the county millions of dollars in lawsuits for the excessive use of force by department members.

“He is truly a dishonest sheriff, and he must understand that this behavior, and the violation of any of the rules that govern a law enforcement agency, is the greatest threat to public safety.”

Sheriff Villanueva responded to the allegations by saying that it is morally disgusting and emblematic for a politically appointed commission to consider his resignation, when they have two members of the department recovering from an ambush that could have cost them their lives.

He noted that it is becoming painfully obvious for the Civil Oversight Commission to act in retaliation against his efforts to investigate the potentially criminal conduct of county officials.

“The sheriff will continue to focus on serving Los Angeles County residents while leading the Department in the investigation of the deputy ambush, overseeing the response from the Bobcat fire evacuations, and the impact of the COVID-19 pandemic on the prison system ”.

He added that the Commission is appointed by the Board of Supervisors and they are part of them.

It is known that the Commission can formally ask Sheriff Villanueva to resign; or call a vote of no confidence as soon as the next meeting.

Here's how to support French traders in DC