Home Business Foie gras is no longer banned in California, a “symbolic victory” for... 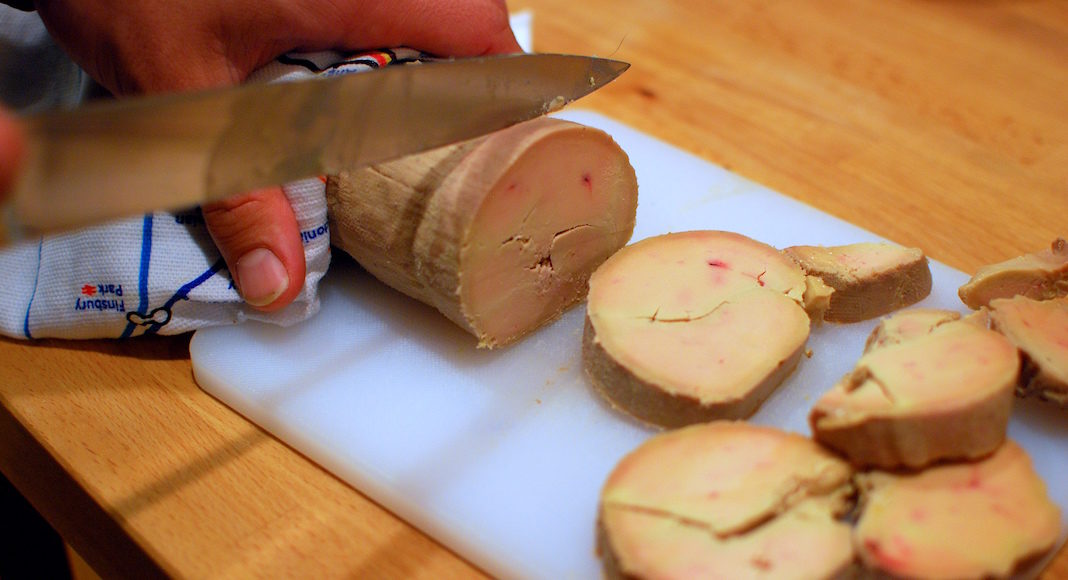 New twist in the saga on foie gras and California, which has been going on since 2004, when the sale of products “resulting from the force-feeding of a poultry in order to enlarge its liver” was prohibited by law. Tuesday July 14, the French National Day – “Good timing” for Ariane Daguin, head and founder of the D’Artagnan company in New York -, the judge of the Central District of California, Stephen V. Wilson, determined that the sale of foie gras was not contrary to the law if the seller is outside California and the product is delivered to the state by a third party.

He thus responded favorably to some of the requests from American and Canadian producers, and restaurateurs, who castigated the provisions of the law prohibiting the sale of foie gras produced outside California.

A victory “symbolic” therefore, the effects of which did not take long. Thus, the D’Artagnan company received more orders from California on July 15 and 16 than during the Christmas holiday season. “They voted with their wallets”, for Ariane Daguin.

A decision “Positive”, abounds Sébastien Lesage, president of the Association of Duck and Geese Breeders of Quebec (AECOQ) which is one of the architects of this long legal battle, with the producer Hudson Valley Foie Gras and the chef of Hot’s Kitchen (now ‘hui closed), Sean Chaney. “The state could not prevent other states or countries from selling their products, it contradicts the regulations on the free market of commodities.” This news is not anecdotal, since California represented 20% of the market for producers of foie gras in Quebec.

For him, the most important remains the “Positive message that the decision sends for the consumption of fatty liver”, against the bad press of lobbies and activists. Thus, Sébastien Lesage would like to recall the measures implemented in Quebec farms: “Our farms are supervised by veterinary associations, our guide to good practices was validated in 2018, we respect the well-being of animals.” He regrets that “Foie gras is a symbol easy to attack”, while it represents only a small industry. An industry that has lost more than 70% of its customers (mainly high-end restaurants) due to the health crisis and containment measures.

What about Californian restaurants

But what does this decision actually change for Californian professionals? “It doesn’t change anything, it’s still a product reserved for connoisseurs”, replies Laurent Vrignaud, owner of several Le Moulin restaurants in Orange County. The one who makes foie gras au torchon, from imported livers, has been prevented from selling it since January 2019. “Foie gras is at the moment (with the Covid) the least of our concerns.”

Despite the confusion created by this decision, it is still illegal to offer this item on restaurant menus. Finally, “Nothing is very clear”, points out Vincent Samarco, owner of the Belle Vie restaurant in Los Angeles. “I’ll look at the law conscientiously, but it seems to me that the liver just needs to be delivered by a third party, there is a way to sell it legally. I intend to put it back on the menu as soon as I can ”, let go of the one who defends French gastronomy.

There is always a solution that has not (yet) been repressed and is practiced: customers can bring their foie gras and pay a chef to prepare it.

A battle won, but not the war

And “This long legal saga is not yet over”, remarks Sébastien Lesage. This French dish was banned in 2012, authorized in 2015, then suspended and restored again in 2017, before being banned in 2019. “We are still in appeal for this“ ban on production in the state ”to be removed”, assures Ariane Daguin.

And she also has another battle in mind: against the New York City Council which has decided to ban “the sale and storage of certain poultry products including birds from force-feeding”, from 2022.

“The Californian decision shows New Yorkers that we are not giving in and we are winning”, she argues, recalling their victory against the city of Chicago. “They have no excuse for making such a decision, and they are turning down our invitations to the farm to check on animal welfare”, she regrets. “I saw in a Wall Street Journal article that even the USDA (United States Department of Agriculture) is going to fight on our side. It will be easier because it is an “abuse of power” by a municipality. ”

The AECOQ, for which New York is an important market, is also involved in approaching lobbies and city councilors to prevent this “ban”. “If that is not enough, we will go to court, we must assert the rule of law”, argues Sébastien Lesage, who wonders, a little desperate: “Are we going to be able to put an end to this endless debate?”

Silicon Valley or Tahiti? What if we could do both?

[Webinaire] Covid-19 and health insurance: how to protect your health and...

The Census seeks to hire thousands of angels this Friday and...