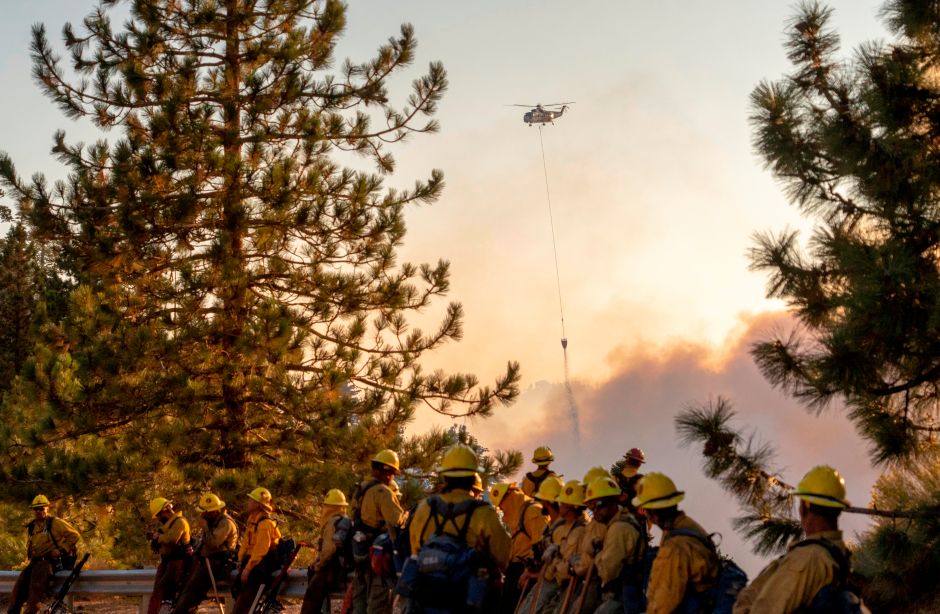 Almost a month after its onset in the mountains of the Angeles National Forest in eastern Los Angeles County, the fire Bobcat Fire is 62% controlled as reported by the authorities on Tuesday morning.

The fire that already has wiped out 114,200 acres of the national park, it has been burning since September 6 causing evacuations and devastation in its wake.

The Bobcat Fire is on the list of the biggest fires in Los Angeles County.

The #BobcatFire is currently 114,317 acres based on overnight infrared mapping and 62% contained. Firefighters continue work to contain fire within its existing footprint by patrolling containment lines and mopping up around the fire perimeter. Updates at https://t.co/APSrKsa0Vn pic.twitter.com/hyAe6uAUXd

These zones are kept under fire evacuation order:

For its part, the evacuation order in the Wrightwood area was canceled Tuesday morning and people can return to their homes.

#BOBCATFIRE – Effective at 8:00 am today, the Evacuation Warning for the community of Wrightwood has been lifted and residents may return home. Please use caution for emergency personnel still working in the area.

What’s included in the Democrats’ reduced stimulus package (in addition to $ 1,200)?

The sky over Santa Rosa, California is covered in ash from the Glass Fire

They were going to become restaurateurs in Brooklyn, the Covid turned...

When the front door becomes a studio: the Covid-19 project by...

Tourists do not miss the opportunity to go see the Rose...