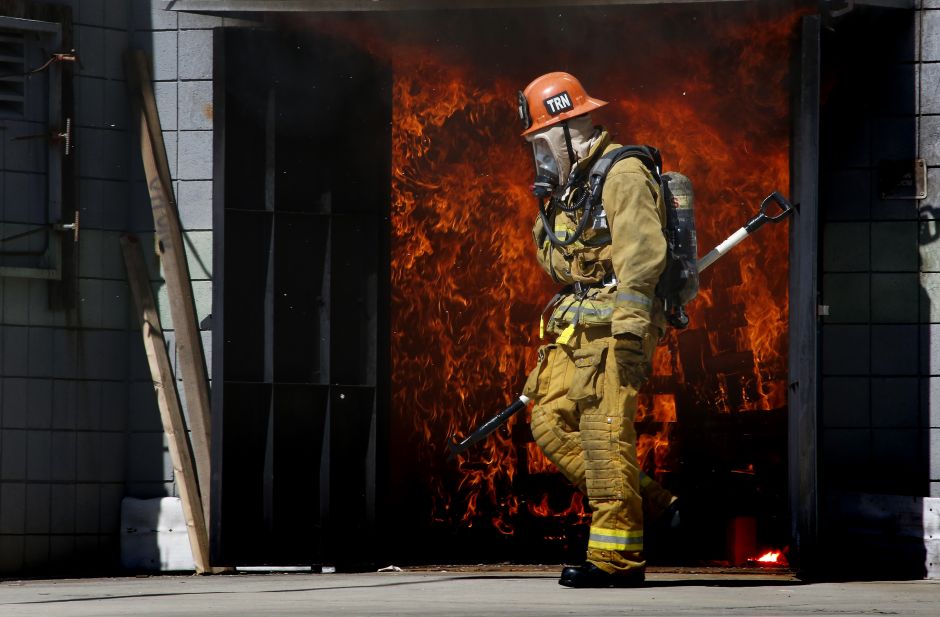 The fire was reported at 2:07 p.m. in 3045 West Leeward Avenue, according to officials from the Los Angeles Fire Department (LAFD).

One hundred and two firefighters fought the fire, which enveloped the walls, the attic and the roof of the building.

Certain parts of the building were protected from flames due to fire-resistant doors, so some residents were able to take shelter there, said LAFD spokesman Nicholas Prange.

Firefighters took steps to protect furniture and valuables before breaking the walls to put out the hidden flames and throw water directly on the fire.

The Red Cross was notified to help residents who were displaced.

It is not clear at this time how many people will be displaced from the 30-unit building.

The cause of the fire is under investigation.

Requests for help to pay housing rent in LA skyrocket

Alex Villanueva says he will not resign his position

New York Real Estate and Taxation: Being Prepared as a Foreign...

How to get a successful bilingual education at home