Home Latest News Driver who ran over protesters in Hollywood, was pursued and eventually arrested 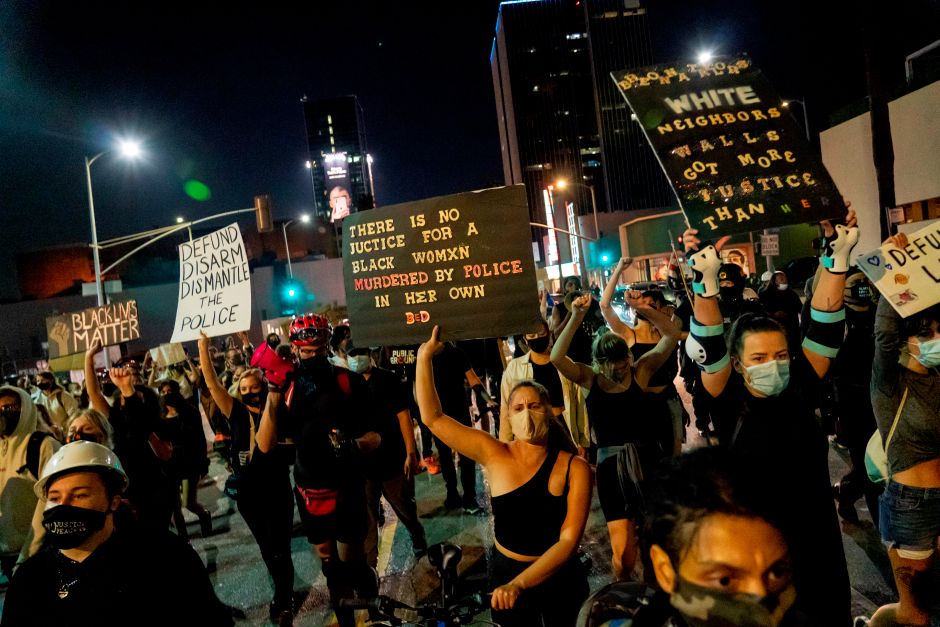 Drivers of a van and a car attacked protesters participating in the racial protests over the Breonna Taylor case in Hollywood and left at least two people injured in separate incidents, reported the authorities.

Protests in Los Angeles and other cities across the United States followed the Kentucky attorney general’s decision to not file murder charges against any of the police officers involved in a raid, in March, in which the police shot and killed the young African-American woman inside the residence.

A group of protesters had gathered at dusk on Sunset and Seward avenues, blocking traffic Thursday night, when the driver of a bulky blue pickup speeding over to two people around 9:00 pm

Videos posted on social media show that the vehicle stopped for a few seconds after hitting one of the protesters, and then sped away from the scene.

The Los Angeles Police Department, which later detained the driver of the vehicle, reported that he had gotten into an altercation with the protesters and “tried to get away from the situation.”

The LAPD is aware of an incident in Hollywood involving several vehicles and a large group of protestors. Here is the information we can verify at this time. pic.twitter.com/ttqpnziVo8

The other incident occurred minutes later, when hundreds of protesters had congregated at Cahuenga and Hollywood boulevards, forcing drivers to stop.

But the driver of a white Prius tried to cross between them. The protesters hit the vehicle that advanced half a block until a black van, with multiple people on board, intercepted him, and a Mustang car blocked him from behind.

MOMENTS AGO: Prius drives through a protest in Hollywood, protestors then chase the vehicle down, smash the windows with a skateboard while attempting to pull the driver out of the car. The driver then speeds away and is pulled over by LAPD and handcuffed. @NBCLA @elianamoreno pic.twitter.com/OZuU1r8QoG

Protesters in the truck and in the Mustang surrounded the Prius and beat it up until a person smashed the rear window throwing a bicycle.

Prius driver managed to escape the site and was later detained by the police on Santa Monica Boulevard.

Asylum seeker on the verge of deportation due to lack of...

Why airlines are forced to reimburse canceled flights – and why...