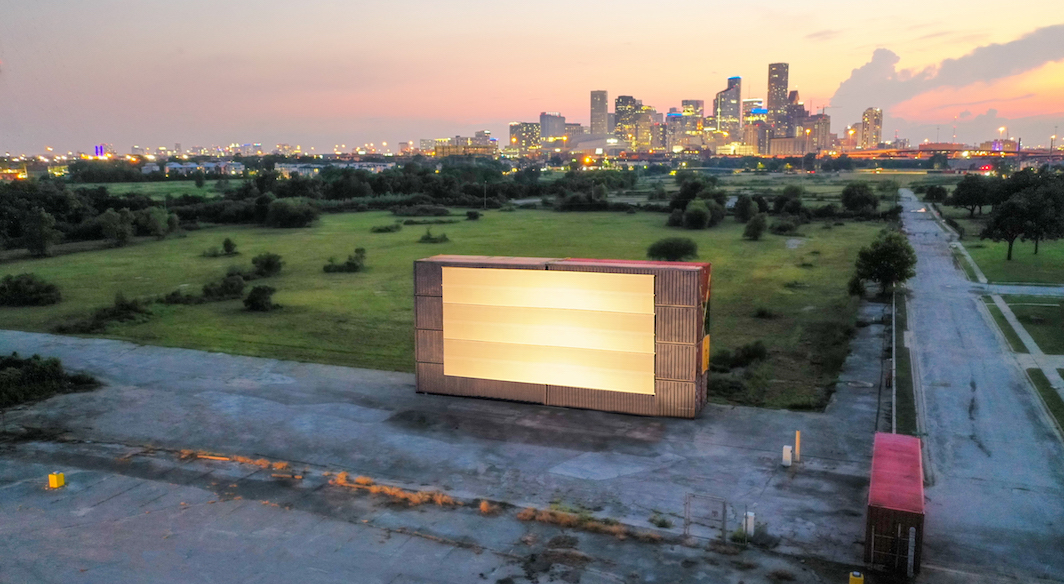 Health crisis obliges, open-air cinemas offer themselves a facelift. Even Walmart is joining the fun by launching a program to show movies on the big screen in 160 of its parking lots across the United States, including 25 in Texas.

This film tour has just started and will run until October 21. The initiative was made in collaboration with the Tribeca Film Festival and provides for a total of 320 free screenings including Ghostbusters, Cars, Pokémon, Madagascar or Spy Kids. Before any screening, the public will be able to watch one of the short films like The Legend, Looney Tunes Boo! or Marooned. During the evening, virtual appearances by filmmakers and celebrities such as Neil Patrick Harris, star Lebron James and Jennifer Garner will celebrate the return of the big screen to various communities. Actress Drew Barrymore will be the main host and will accompany you to each session either virtually or in person by going to a surprise location. ” We recognize the challenges our clients and their families have faced over the past few months and wanted to create an experience where they can safely reunite. Drive in Walmart is a way for us to support the communities we serve Walmart customer manager Janey Whiteside said in a statement. Before each start of the film, spectators can order online or get supplies on site from the many concessions bordering the car park.

” Drive-ins allow the city of Houston to once again offer a social and family event after months of confinement. Other cinemas have also considered creating open-air theaters to host different events. We are lucky to benefit from an outdoor climate which allows us to have ballet, theater and concert performances with the ease of respecting the sanitary instructions. This will breathe new life into the city of Houston, affected by the closures of restaurants, bars and other places of culture. », Explains Minnette Boesel, Deputy Mayor in charge of cultural affairs for the city of Houston.

The initiative created by the distribution giant was immediately emulated. One of the city’s leading development companies has partnered with Moonstruck to open the Moonstruck Drive-In Cinema in Eastdowntown. This will have the particularity of showing only new films – starting with the highly anticipated one by Christopher Nolan, titled Tenet. Overlooking Houston, this drive-in should revive interest in the big screen, which has broken down blockbusters since the start of the pandemic. The resurgence of these complexes also attracts the nostalgic. ” Our drive-ins are reviving the traditional film industry. The public rediscovers the great classics like Grease, The Silence of the Lambs, Jurassic Park. It’s an unexpected new wave », Says Ray Hammings, manager of theaters belonging to the company Rooftop Cinema Club, the latest of which has just opened in Spring, north of Houston. A week after that launch, it’s Star Cinema Grill’s turn to announce the upcoming opening of its Cypress, North Houston location, with on-site food and beverage service. ” It’s Drive-in summer and with Labor Day weekend, the retro-savvy trend is sure to carry on into fall. Our customers are looking again for a social, normal life with security and comfort », Insists Charles Trolop, whose company is looking for new places to continue its development. In particular, it plans to open a new complex in the Woodlands next summer 2021.

“Deux” by Filippo Meneghetti, French candidate for the 2021 Oscar for Best International Film

Democratic pre-candidates for the Presidency continue their campaign in California

Hispanic children: with more education than in 2017, but with math...