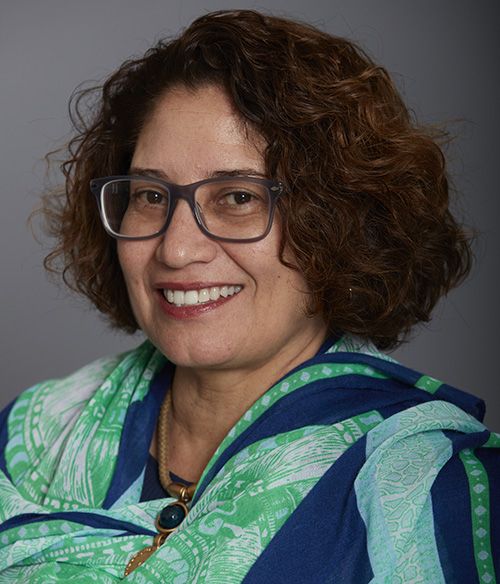 After a long battle with cancer, Dr. Beatriz María Solís, who dedicated her life to working to combat inequalities in health care, passed away on Friday, March 20 in Los Angeles, California.

She is survived by her sister, Los Angeles County Supervisor HIlda Solís, her husband Mohammad and their children Avrin and Aydin.

The California Endowment Foundation, for which he worked for many years as director of the Healthy Communities program, published on his website, that his loss is devastating, and left a beautiful example to all of how to translate love into justice.

“It has profoundly changed us to have known her. She lives in our work and in our hearts, ”said her colleagues at California Endowment.

They noted that "losing Bea – as Dr. Beatriz María Solís was affectionately called – is like losing a sister."

They described her as a smart, hard-working woman; and someone who understood and anticipated the obvious and subtle political dynamics of an institution and a community.

“She taught us to act strategically and with greater purpose focused on the whole game. He was a person who laughed to tears, fought with reason and dreamed big, "they summarized in the message.

Dr. Solís studied a master's and doctorate in public health at the University of California, Los Angeles (UCLA).

She was director of Language and Cultural Services for the Los Angeles Health Care Plan; and researcher at the UCLA Center for Health Policy Research.

She was also the author of numerous articles, books, and technical reports on a variety of health topics. She was a lecturer and coach of health providers on issues such as ethnic health disparities, responsibly linguistic and cultural health care, among others.

She had been several as president of the organization Latinos in Philanthropy for Southern California, and participated since 2017 as chair of the advisory committee of the UCLA School of Public Health.

In 2018, Solís received recognition for the Hispanic leadership of the NFL during a Los Angeles Chargers game, and a donation of $ 5,000 that she donated to Homeboy Industries.

After his death, the UCLA Health Policy Center published on its website: "We will remember his vision, human warmth and leadership at the service of community health."

Victor Narro, director of the UCLA Labor Center commented on his Facebook account. "Rest in peace Beatriz Solis. His work made a huge difference to the health and well-being of immigrant communities. Now you are a brilliant angel who takes care of us. I will miss you".

Due to the coronavirus, a public gathering may not be held to honor his life. His family has not announced funeral services.

In life, Beatriz María, who had been born in 1962, asked that instead of flowers, donations be made to the site: www.godiscoverylab.com.

Buy in New York: our selection of apartments under $ 1...