Home Culture Dates, times, exhibitions: all you need to know about the reopening of... 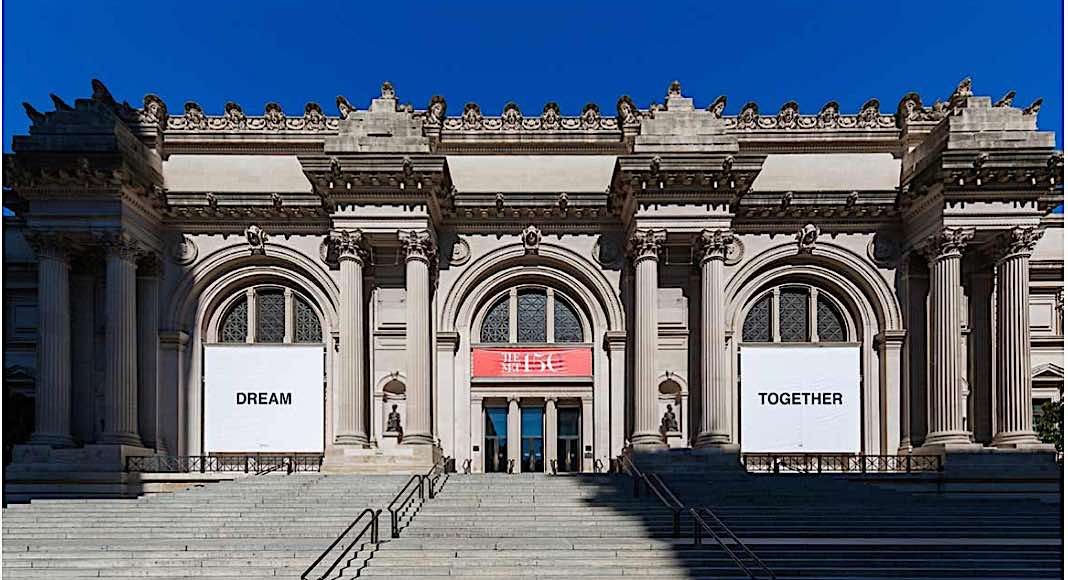 Finally ! After five long months of waiting, New York Governor Andrew Cuomo has given the green light for a partial reopening of museums in the Big Apple, with limited visitor numbers and the need to book tickets in advance. Here are the dates and times of reopening of the main museums.

Closed since March 12, MoMA will reopen its doors to the public on August 27. The city’s most famous modern art museum will be free for one month, until September 27. Among the many exhibitions planned, “The Shape of Shape” dedicated to forms in art (until October 4), and “Félix Fénéon”, art critic and French anarchist from the end of the 19th century and the beginning of the 20th century century (until January 2, 2021). The new opening hours are as follows: Monday to Sunday from 10:30 am to 5:30 pm (Monday for members only).

The Museum of the City of New York

The East Harlem Museum, whose main theme is New York City, also reopens on August 27. It will be free until September 14. Among the exhibitions planned, City / Game, which traces the history of basketball in New York, and “Collecting New York’s Stories”, a large photo exhibition presenting slices of New York life from colonial times to today. Hours: Thursday to Monday 10am to 6pm.

The Met will reopen its doors to the general public on August 29, after a pre-opening on the 27 and 28 reserved for its members. Count $ 25 entry except for New York residents and students who can donate as much as they want. Visible until September 27, the exhibition “In Pursuit of Fashion” presents the haute couture collections of Sandy Schreier, fashion historian. “Sahel: Art and Empires on the Shores of the Sahara” presents until October 26, objects and texts from this ancient region of the South of the Sahara, crossroads of African cultures. Among the other exhibitions, “Photography’s Last Century” celebrates the photography of the last century, notably with extraordinary photos by Diane Arbus and Andy Warhol. Visible until November 30. Opening hours: Saturday, Sunday, Monday from 10am to 5pm; Thursday and Friday from 12pm to 7pm.

The Museum of Contemporary American Art welcomes its members again from August 27 to 31, before opening to the general public on September 3. Free donation at the entrance, exhibitions on Agnes Lawrence Pelton, German painter of the 20th century linked to the abstract movement (until November 1), and on Mexican muralism (until January 31, 2021). Hours: Monday 11:30 am to 6 pm; Thursday from 11:30 am to 6pm; Friday from 1:30 pm to 9pm; and Saturdays and Sundays from 1pm to 6pm.

The American Museum of Natural History

Open early on September 2 for members of the New York Museum of Natural History, before reopening to the general public on September 7. Open Wednesday to Sunday from 10am to 5:30 pm, also by donation. List of exhibitions here.

The Brooklyn Museum is waiting for you from September 12. Among the exhibits, “Studio 54: Night Magic”, which traces the history of New York’s most famous club, and “JR: Chronicles” and its giant fresco on the Big Apple. Note that only the first and fifth floors will be open, Wednesday to Sunday from 11am to 6pm.

Located in Inwood on the northern tip of Manhattan, The Met Cloisters will also reopen from September 12, at the following times: Thursday through Monday 10am to 5pm. The museum does not have exhibits on its website, but this magnificent European-style cloister alone is worth a visit. Adult admission $ 25, $ 17 seniors, $ 12 students.

Open to members from September 30 to October 2, then to the general public on October 3. Several exhibitions are planned but the dates have not yet been communicated. List here. $ 25 adult, $ 18 for seniors and students.

Neighbors fight to stay in their homes and not be evicted

They mount art exhibition in honor of the Virgin of Guadalupe...

There are more and more students with food needs at SMCC