Home News & Politics Crowded flights between the United States and France: “I was very uncomfortable” 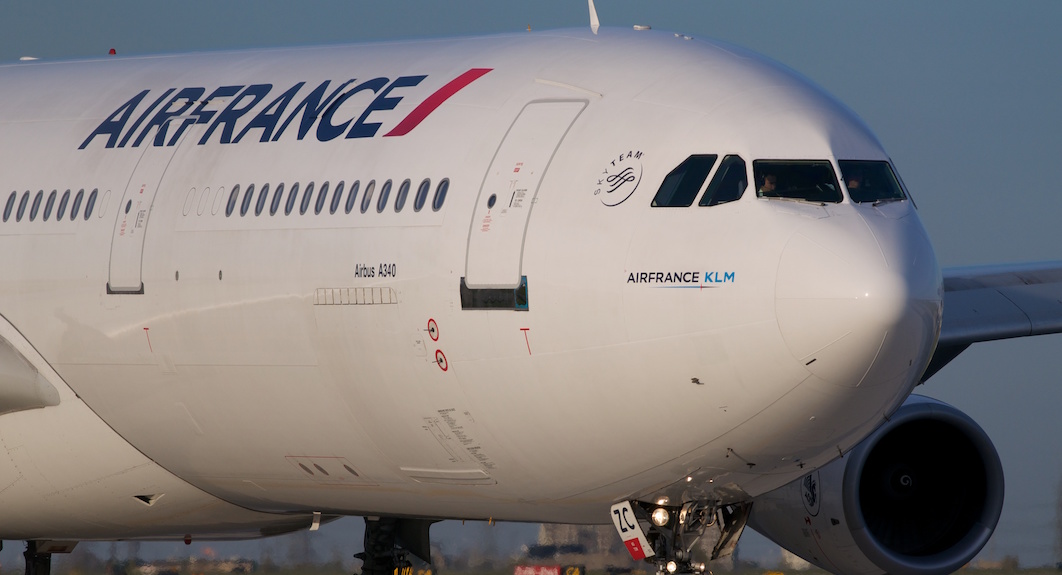 Crowded, no empty seat left between the passengers… Julie, a Frenchwoman from New York who wished to remain anonymous, is still upset by her Air France flight on Thursday evening. “I hadn’t been so close to so many people in nine months ”, she says.

With the increase in returns to France in the run-up to the Holidays, the testimonies of French people surprised by the lack of social distancing rules on board the airline’s planes are multiplying. Air France is not the only one involved. There is no rule forcing companies to leave empty seats between passengers to promote social distancing, and few do. The international group IATA (International Air Transport Association), which makes recommendations for the sector, suggests that non-reservable seats would contribute to the economic difficulties of the sector and would not change anything, since passengers remain physically too close to each other even with a seat of separation. Moreover, in its health commitments listed on its site, Air France mentions air recycling, the device for cleaning the aircraft and the modifications made to the meal service, but does not speak of non-reservable seats.

“Regarding physical distancing, this is applied as soon as the filling of the aircraft allows it, by neutralizing the central seat. This is the case on the vast majority of our flights, the current occupancy rates being low ”, specifies Air France, which insists on the protective measures implemented for the Holidays. “It is important to remember that on flights departing from the USA, as from many destinations where the circulation of the virus is very active, it is imperative to present a negative PCR test to be able to board.“

Despite everything, the image of crowded planes surprises some passengers. “Airlines go to great lengths to enforce social distancing when boarding, but do not practice it on board“, Confides another French, returned Wednesday with United.

For her part, Julie wanted to take Delta, which prides itself on being the only American company to leave its middle seats empty, but the flight was operated by Air France, which does not have the same policy even though the two companies are partners. “That is problematic“, She observes. She was also surprised that meals were served to all passengers at the same time. “Everyone took off their mask at the same time. To give food and drink in an offbeat way seemed feasible to me“. Conclusion of the case: “I was very uncomfortable“.

Laurence, she would have liked more transparency on the part of the national company. “I had checked before boarding until the last moment to be sure I had space. The plane did not appear full and that is why I took this flight. Unfortunately, and to my surprise, the plane was 95% full, she explains, filled with passengers going to Abu Dhabi or Africa and passing through Paris“.

With a parent “in fragile health”Out of hospital, “I would not have taken the flight if I had known because I especially did not want to risk catching the virus, she continues. Air France could perhaps have thought of giving priority to urgent cases returning to France for urgent reasons“. Laurence, in any case, plans to modify her return ticket to New York to avoid “the crowd”Or even to change company. “When the company in your country lets you down on a serious health issue, it is no longer worth considering taking any tickets with them.“.

Several studies have shown that the risk of contamination on board planes was low, given the air recycling technologies in particular – the filters used by Air France allow total air renewal every 3 minutes, specifies the company. An MIT statistician who studied short-haul flights found the risk of contracting the virus on board six-seat planes separated by a central aisle, filled with masked passengers, was 1 in 4,300. were separated by an empty seat, the risk dropped to 1 in 7,700. Cases of transmission on long-haul flights between Asia, Europe and the United States have been detected, but that was before the generalization wearing a mask in airports and airplanes and the obligation to show a negative screening test in order to board.

The authorities recommend avoiding international travel if it is not motivated by compelling personal and professional reasons.

‘El Salvador, great as its people’ gives a taste of its...