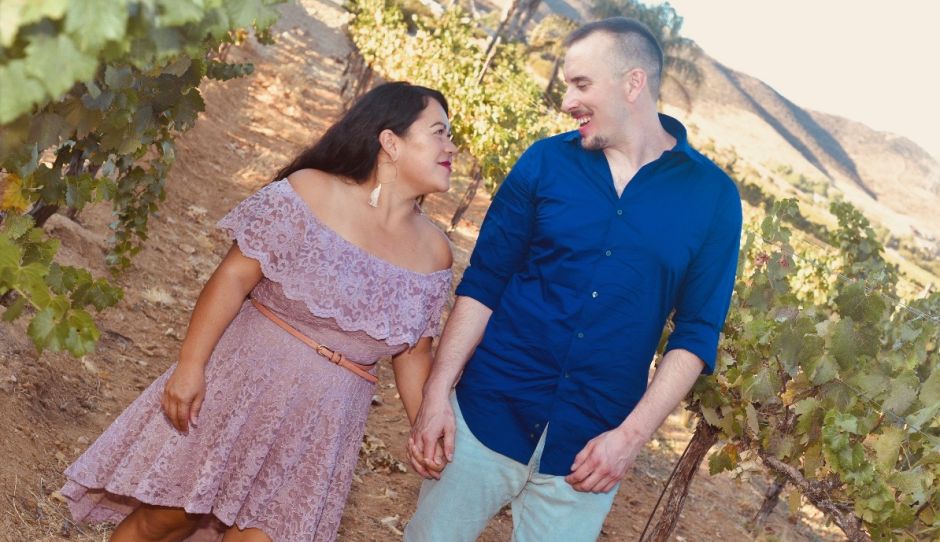 They hope to do it during the summer when the pandemic is no longer a threat.

Angie Valencia and her fiance James Dumarot had everything ready to unite their destinies on April 18, but the coronavirus epidemic led them to do what they never imagined, cancel the most important event of their lives. Your wedding planned to be celebrated between vineyards and with more than 100 guests, you will have to wait until everyone can get together without any danger to health.

"First he was in denial. That's how I was all week. I thought that everything was going to change and get well, but little by little I began to accept reality and stopped fighting against it. When the mayor of Los Angeles, Eric Garcetti, gave the order to stay in the house as a preventive measure, it really hurt, but we had to cancel the wedding, ”says Angie.

In addition, the Center for Disease Control and Prevention (CDC) has recommended that there be no meetings of more than ten people.

It helped her and her fiancé make the decision, knowing that her parents could not be present.

"My mother Ana Cruz lives in Toronto, Canada, and my in-laws in New York," he says.

So it became an impossible mission to bring them to Los Angeles due to flight restrictions imposed by the US government, due to illness.

“My fiance was the one who told me that Canada had closed its borders. Still, my mother told me, ‘I'm going by train or whatever, ’but I get to the wedding,” recalls Angie.

Meanwhile, their in-laws in New York, one of the states with the most reported cases of coronavirus, also told them that even with the imposed travel ban, they would still be driving from the east coast to the wedding in Los Angeles.

"We concluded that we cannot be so selfish and sacrifice them on such a long journey," he says.

In addition, she wants her grandparents to be present at her wedding, and in current conditions it simply cannot, as older adults are one of the groups most at risk. At home, Angie is taking care of her grandparents, he is 89 years old and she is 90 years old.

“This week, it was when we said, he won't see a wedding until the summer, probably in June. We're going to wait for what the mayor of Los Angeles says, on April 19, when the quarantine is over, ”says Angie.

“At the end of the day, we want to live those moments with our loved ones; and if you can't, better wait. It would break my heart that my mom couldn't be at my wedding"

The wedding was planned to take place at five in the afternoon on April 18 in the Sweet Water Winery, some famous vineyards in the city of Santa Clarita, north of Los Angeles

"I had to call and cancel the Winery, the flowers, the decoration, the catering, the DJ and the people who were going to do my makeup and hair. Everyone understood the situation, although these event cancellations are putting small businesses at risk, many of them with Latino owners, ”says Angie.

Her wedding trip was planned to be spent on the Caribbean island of Jamaica.

The coronavirus is taking a heavy toll on the marriage industry. In 2019, Americans spent $ 54 billion on over two million marriages.

Angie is an immigrant from El Salvador who this year became a US citizen, and works as a spokeswoman for Los Angeles Councilman Curren Price. Her fiance James Dumarot, born in Anaheim in Orange County, is a former chef who now works as an accountant.

They met three years ago on an online dating site. James proposed to her in February 2019. They have invited 140 people to their wedding.

But for now, Angie and James' wedding ring exchange will have to wait until the coronavirus is no longer a threat to public health. The good news is that they already have their marriage license.

Tried to stop the theft of his car, the thief ran...