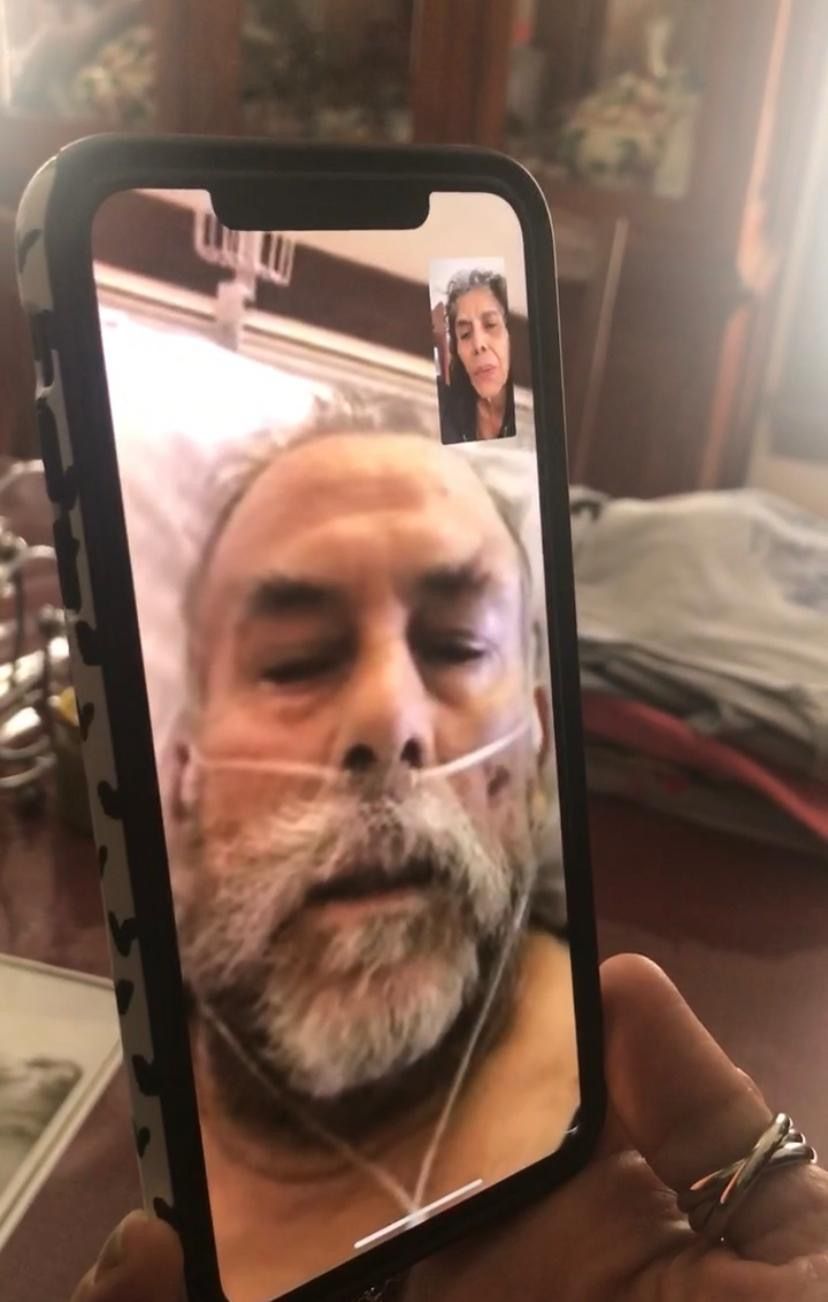 The virus manifests itself differently according to pre-existing health conditions, they say.

For Gabino Lugo, the coronavirus kept him in a coma for weeks. Her family came to think that she was not going to survive, but miraculously woke up, left the hospital and is recovering at her home in the city of El Monte in Los Angeles County..

Doctors believe that he managed to recover thanks to his good physical condition.

“Before he got sick, he exercised a lot, lifted weights, did squats and sit-ups; and walked at least a mile a day. For many years he played soccer ”, says his daughter Carmen Lugo López.

"The doctor said that allowed him to have a good reserve of energy that saved him from dying," he explains.

72-year-old Gabino was already retired from his trade in furniture upholstery when the pandemic attacked him.

"On March 18, he began to complain that his body hurt a lot. On March 19 he went to see the doctor; and on the morning of March 25 he was admitted to the Huntington Memorial Hospital in Pasadena"Recalls Carmen.

By then, his father was very coughing and short of breath.

Gabino spent 36 days hospitalized, 19 of those days in a coma, depending on a ventilator to breathe

“The first weeks were very hard. It got worse. My 70-year-old mom asked us what we were going to do if she couldn't survive. It was a very stressful week, "says Carmen.

When he woke up from the coma, the doctor told them that there was a moment when Gabino almost died.

"My dad was all confused. We were able to bring them two photos of the family to have on the side of their bed in the hospital. We could not visit it. We could only talk to him on the phone twice a day. ”

CWithin weeks of being admitted to the hospital, Gabino was discharged and left the hospital on April 29..

Protected with masks, his friends and family greeted him with balloons and a mariachi band outside his home. His arrival was escorted with several police patrols from the city of El Monte. "I called the police. I asked them if they could join us to welcome my dad. They accepted because the officers like to stop by the houses when an El Monte resident celebrates his birthday. "

Carmen says that at first her father was very weak and could not stand alone. "With the support of a physical therapist, he already walks leaning on a walker."

Gabino was not the only one who fell victim to the coronavirus in his family. "My 49-year-old brother got sick a week before my dad, but it was so weird because he lives in Baldwin Park. ”, He says.

When his father returned home, he was isolated in his room for two and a half weeks. "Now he's out of his room, but he's still wearing his mask."

But he ensures that they continue to take precautions. “We order food to take home, and we don't get visitors. Sometimes when someone comes to see us, we talk from the car and keeping our distance ”.

After COVID-19 was about to claim her father's life, Carmen says that this disease is something very serious. "It's like a flu but be very careful. I recommend that people cover their mouths and wash their hands. It gives me courage that they think they can't get sick"

The Los Angeles County Department of Public Health has reported that the coronavirus has strongly impacted Latinos.. 39% of all deaths have occurred among Latino residents.

I thought it was sinusitis

“My body ached and I felt very tired. I thought he was giving me sinusitis, ”he says.

Then the pain in his temples and forehead followed. He began to smell a smell like ammonia gas; until he lost his sense of smell and taste. "I felt pain when I took a deep breath."

He felt so bad that he couldn't get out of bed for five days.

"I couldn't stop myself. I was nauseated. I only took liquids, Gatorade and serum. I think I lost about ten pounds"

On the sixth day, she got out of bed and went to the doctor for a knee injection, since she had had an operation a long time ago, and she requires regular injections.

“In the office they asked me certain questions about my health, and when I told them how I had felt. They told me they were not going to give me the knee injection. Instead, they tested me for the coronavirus. ”

On April 22 they informed him that the results indicated that he had COVID-19.

Around the same time, her 25-year-old son was hit by the coronavirus. "He did cough and get a very high fever."

"We don't know how we catch it. My husband, my son and I live in the house. We were quarantined and locked up when we got sick. The only outings were to go to the supermarket to buy food. It was the beginning of the pandemic, there were many people and it was not mandatory to wear masks yet. I think I caught it there"

She believes that her husband is asymptomatic since for days, he was coughing and a sore throat.

This experience taught him that people have different reactions to the coronavirus.

"It depends on the preconditions of each person," he considers.

But he never thought he could have the virus. "I thought it was a sinus infection. I was not afraid. This maybe helped me not to lower my defenses as much. "

Gloria Edith states that getting sick from COVID-19 feels three times more than a strong flu.

Once ill, she believes that her daily consumption of hydroxychloroquine, an anti-inflammatory medication prescribed to treat her fibromyalg, may have helped her.ia. "They also gave me antibiotics."

After being weighed down by fatigue without wanting to do anything, this week she began to feel stronger and energized. However, he does not believe that by having overcome the coronavirus, he is out of danger.

“I'm afraid of catching it again. I was very cautious, and still contracted the virus. "