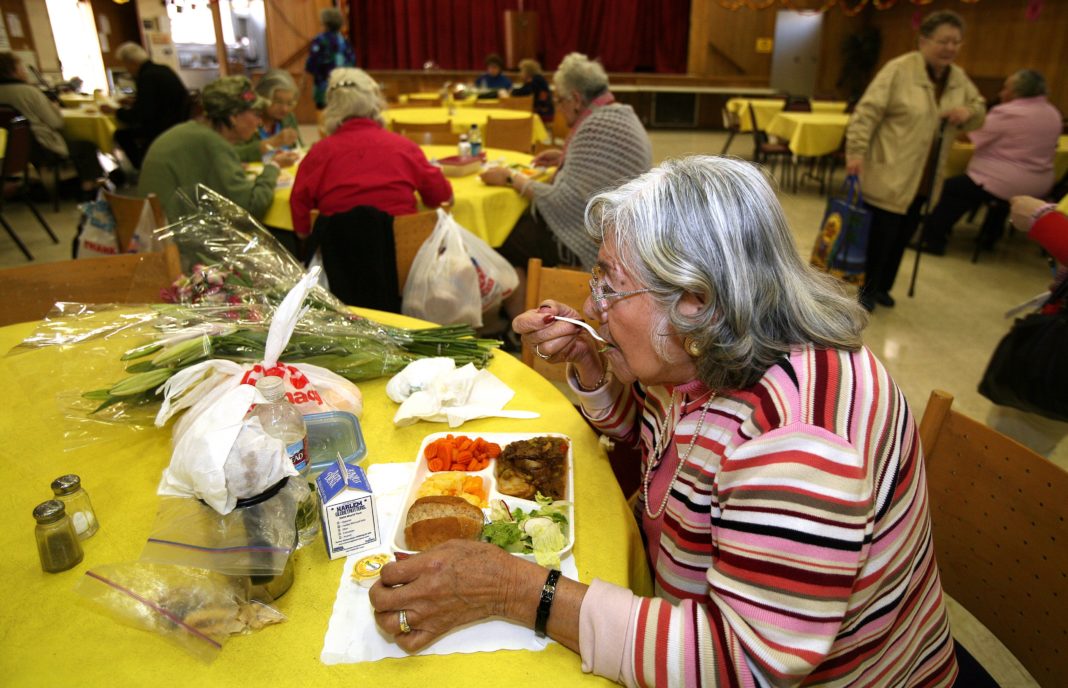 They love their essential work, but at the same time they have been one of the most impacted by the pandemic.

Roberta Rodríguez, an assistant nurse who was infected with coronavirus in a nursing home in the city of Santa Ana where she works, spent nights in great fear of death.

Isolated in a hotel, she did not know if the next morning she would open her eyes. “I slept sitting up because I was afraid of losing my breath, becoming unconscious and not knowing about me. I thought maybe I was never going to see my family. "

Nursing homes and nursing homes have become the epicenter of the COVID-19 pandemic, Because older people with pre-existing health conditions live in confined spaces, where the deadly virus can easily be incubated.

"We are really on the front line against coronavirus," he says. Roberta who is 49 years old, 17 of those years has worked in the same asylum. On April 30, she was diagnosed with COVID-19.

"I started out feeling very tired. I blamed it on the job because sometimes they give us up to 11 patients to attend per day. I run from seven in the morning until three in the afternoon, "he says.

The job of a nursing assistant in a nursing home consists of assisting the elderly, bathing them, changing their diapers, helping them get dressed, lifting them for their activities, taking them to their visits to the doctor, among other activities.

Because an older adult tested positive for the pandemic at the nursing home, all workers were tested.

And in order not to expose their families, the asylum authorities recommended that their nurses isolate themselves in a state-paid hotel. Roberta did so, but as soon as she arrived, she began to have a lot of sore throat.

Positive to the virus

“Two days later, my boss called me to tell me that she had come out positive, that I should not go home and that she would be monitoring me on the phone. "He told me, if you're short of breath call 911," she recalls through tears.

By then, he says that the headaches, nausea, chills, cough, and temperatures over 100 degrees especially at night.

"I never saw a doctor. I only took Tylenol and Nick Quill. I lost my sense of taste and smell. ”

A month after isolation, Roberta returned home while waiting for the results of the second examination to see if she is already free of the coronavirus. “I wanted to stay longer at the hotel until they confirmed that I no longer have it, but they never answered me on state phones. Every week I had to call to ask for authorization to stay at the hotel. ”

He says that little by little the symptoms of COVID-19 have disappeared. However, she does not feel fully recovered, as she is still tired from cold and sleep. "One lives a day afraid to relapse"

Abandoned to its fate

Roberta says that during the month she was sick, she stopped receiving her salary. “My boss told me to put in my sick days and vacations for those days. It doesn't seem fair to me because I got infected at work. Right now there are more than 34 infected patients in the nursing home. Only when I came out, there were already three sick. I had contact with two of them ”.

Married and the mother of three adult children, two of whom live in the home, she is confident that she loves her job and caring for older adults. "But after this experience, one wonders if it is worth so much sacrifice. We deliver everything for nothing"

He says that at the beginning of the pandemic, the company he works for did not want to give them masks to avoid making the patient feel bad. "They gave us until the governor ordered that we were required to use them, and we had the first patient with COVID-19."

Arnulfo de la Cruz, vice-president of the International Union of Service Workers (SEIU) 2015), which represents more than 500 thousand nursing home workers and long-term caregivers of older and younger adults with disabilities, says that when the coronavirus started , they had reports that the workers used plastic bags to protect themselves in the absence of gloves and masks.

"The vast majority of nursing home and nursing home owners are private companies whose goal is to make the most of it," he says. Despite this, with some they managed to negotiate a small increase of less than 2% known as a pandemic payment.

"On average, an asylum worker like an assistant nurse earns around the minimum wage from $ 12.50 to $ 16 an hour depending on the California area. ”.

At the same time, it points out that the majority of these essential workers who care for, feed and change clothes for older adults, are minority women, especially Hispanics in California.

"They are putting their lives at risk every day because they are working with positive patients, and they must provide them with personal protective equipment."

To return to work or not

Lupe Martínez works in a Riverside nursing home as the person in charge of picking up the clothes of the elderly and taking it to the laundry, once it is cleaned, it returns it to the rooms.

April 13 started with a cough, headache, and throat. On April 16, he decided to go to the hospital because by then his body hurt a lot and when he breathed he felt pain. "They told me I was a COVID-19 suspect and tested me. On April 21, I was told I was positive"

Symptoms intensified: weakness, stomach pain, loss of smell and taste, and even dehydration.

He spent 21 days feeling terrible. "My 29-year-old son and 20-year-old daughter also had coronaviruses, but had no symptoms."

She is convinced that she acquired the virus from a patient who died of the disease. "The next week, on my day off, was when I started feeling really tired, I wanted to be asleep and I was really tired."

No one in his department was notified that a patient was positive and other coworkers entered his room, without protective equipment, he says. "I am angry that my employer never advised me of the COVID-19 patient, and never recommended that I be tested."

He considers that the workers at the nursing home where he works are very exposed because they also take new patients from hospitals every day. "We don't know if they have been tested for COVID-19. It's really scary. "

62-year-old Lupe says that with each passing day she feels better, but she still has a cough and feels weak.

He does not know if he will return to the nursing home to work. "My husband and children do not want to. He suffered a heart attack last year and is disabled. It is hard for us. I do not want to return, but we have the need. I would not like to have the coronavirus again, and live in fear of being hit again. The virus is still in the asylum. Another patient recently died. ”

Where is the cheapest and safest place to live in Tennessee?

They find body in Griffith Park

Who is the biggest real estate broker?

Is it worth it to live in Texas?

What is the best sales technique?