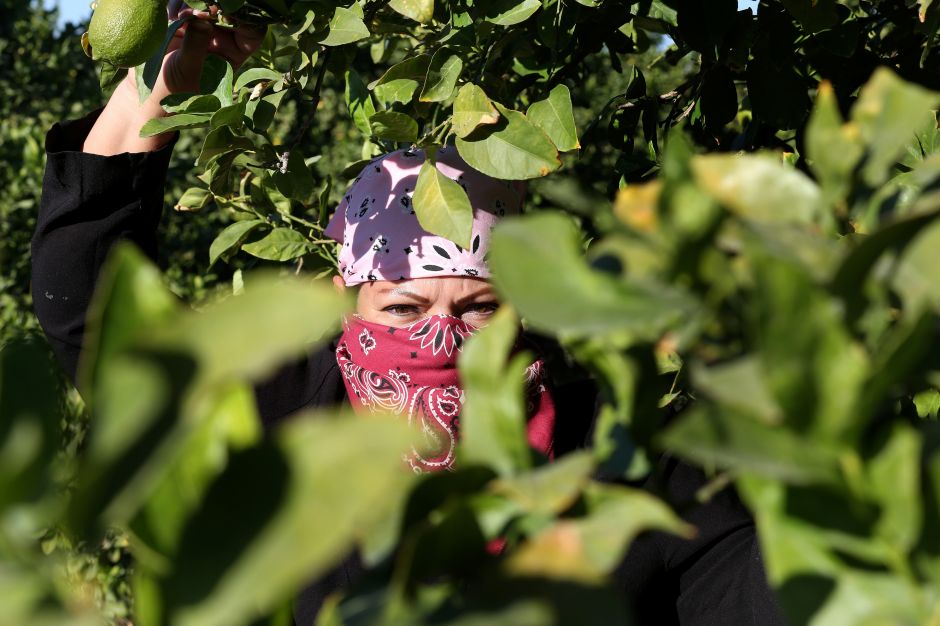 This health crisis is the time for Congress to show its leadership, says field leader

The coronavirus pandemic has exacerbated long-standing inequalities among farm workers in the Central Valley of California, such as labor exploitation, food insecurity and pollution.

"We are pleased to hear about the resources that Governor Gavin Newsom has announced for the undocumented, especially after they were not included in the federal economic rescue package. The governor's support will help, but it will not be enough, "said Genoveva Islas, leader of the Cultiva tu Salud organization during the conference on" The Impact of the Pandemic on Ethnic Populations, "organized by Ethnic Media Services.

He pointed out that policies and resources that are really going to benefit people in the countryside for a long time, such as a fair migration system, should be thought of.

"Now is when we need to see the leadership of Congress. At any given time, we are going to have to bring more guest workers if we do not protect the peasants, ”he said.

And when he talks about protecting them, he explains that they must be given protective equipment and help to ensure food security.

But their communities have also been exposed to disproportionate levels of water pollution.

Islas pointed out that although many people who have lost their jobs could potentially go to work in the fields, something that is also happening is that many farmers have lost their sales because market chains have collapsed.

“In the San Joaquín Valley, we have farmers who have buried their lettuces; or producers who have thrown away milk because demand has decreased, "he said.

So he proposed, the strengthening of businesses that provide essential services such as food banks, now that farmers are not going to traditional markets to sell their crops.

"They have food that can be purchased and shipped to food banks, but they have limited storage capacity and labor."

In the midst of this health crisis – he said – it is necessary to ensure that there is no more exploitation of the worker than has been seen for some time.

"We need a fair immigration system, and make sure we recognize and honor the work of our peasants", summarized.

San Francisco Assemblyman David Chiu said everything possible should be done to stabilize the situation, especially for small businesses, which are the backbone of the economy.

"The first part of the federal stimulus package has already been delivered, but the need is so great that when the legislature returns to session, one of the first things to do is present a state program to fill the gaps we are seeing."

He emphasized that this is particularly important for immigrant communities, which have been the founders of many small businesses without access to capital.

"We have to think creatively for businesses that are run by immigrants," said Chiu, author of a law that authorizes business licenses in California regardless of immigration status.

He also asked that the resources related to the pandemic be not only in English and Spanish but in the other languages ​​spoken in the state.

"In California, 43% of all households speak a language other than English. This diversity of languages ​​is very important to see reflected in the Department of Employment (EDD), when there are millions of Californians applying for unemployment aid. ”

Ro Khana, California's congressional representative for the 17th district of the Silicon Valley, spoke about the new stimulus package being discussed in Congress.

Senator Elizabeth Warren and I introduced the Essential Workers' Bill that is about 60 million Americans who go to work, while we are sheltered at home"

He said we need them to have safe conditions in their workplaces, health care, childcare, extra compensation for the risk they take, and bargaining rights.

"We need them to be treated with the respect they deserve."

Khana pointed out that the second thing the federal stimulus package must contain is support for cities and states; since the first one did not give anything to cities with less than 500,000 inhabitants.

"We need it because we are going to be hit very hard in California with a budget crisis due to lower taxes and unemployment."

He made it clear that the federal government must provide much more to cities and state governments to deal with the economic crisis.

You also need to include rental assistance. "A lot of people are going to struggle to pay rent for both housing and commercial, and we are pushing for some relief for the rent."

Finally, he noted that they are focused on obtaining more cash assistance so that $ 2,000 is delivered each month until the crisis ends, and the cap is extended to give it to households with incomes up to $ 260,000.

At least 2 injured leave a car that was launched against...

At the First Living Fair in New York, not so stupid...

Why has abortion become so controversial in the United States?

Salvadoran with TPS and U visa, obtains US residence

A literary evening at LILA to meet the writer Miguel Bonnefoy