Home News & Politics Can we go back to France for Christmas? 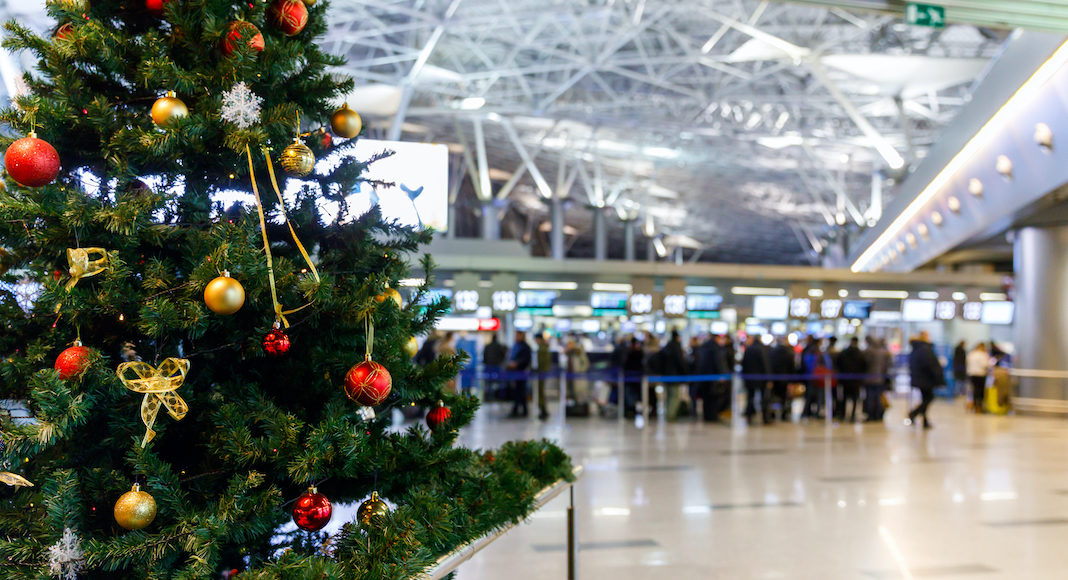 Stay or return to France for Christmas? The question has been agitating Franco-American households for weeks – and Facebook groups… Confinement in France and the American “travel ban” which prohibits entry into American territory to any foreign person who has stayed in Europe (Schengen area plus UK and Ireland) for the previous 14 days, and although some rules have been relaxed, many have been waived. For others, the prospect of a New Year’s Eve on Zoom is simply unthinkable.

“My company has just banned the possibility of working from abroad, it is an option that I could have taken this summer but it is no longer possible ”, explains Luc *, who works in finance in New York. “If I want to go back to France for two weeks for the holidays and I don’t get the ‘NIE’ on time, I’m stuck, it’s hard to take the risk”, he continues, looking puzzled. The “NIE”, the exemption for “national interest”, is granted to visa holders but also to people in ESTA who can justify a valid reason for entering the United States without going through the fortnight. It is obtained by sending an email to [email protected] with the object “CONSIDERATION FOR NATIONAL INTEREST EXCEPTION – [nom de famille] »By attaching the following information: date of birth, passport number, reason and dates of travel. The response time indicated is three days, but there is no legal obligation for the Embassy to respect this schedule.

Emmanuel, 34, works for an American investment fund in New York and recently has the green card, a precious sesame to cross the Atlantic calmly. He plans to spend the end of the year in France. “I plan to stay several weeks and work from France while visiting my family ”. Sure of himself at the time of our question, he then goes back to his first idea. “It is true that the re-containment in France will perhaps last until Christmas… Going home to be confined, I’m not sure that is a good idea, with the added risk of becoming contaminated.“. When asked how he planned his last trips, Emmanuel replies: “I made my decision at the last moment”, always keeping an eye on the latest New York State restrictions. International travelers must indeed always submit to a strict protocol to be able to return to New York State, in order, obtain a negative test in the three days before arriving in New York, quarantine three days once arrived, then get a new negative test on the fourth day.

For French people on a VIE contract like Eva Gochtovtt, an employee in a ready-to-wear company, returning to France for Christmas seems impossible. “We received a communication from Business France, the organization in charge of VIE contracts, recalling the strict conditions of travel“, She explains. VIEs must declare all their trips outside the country, a rule valid before the pandemic. “My visa does not prevent me from returning to France“, Explains Eva. “But it is the return to the United States that poses a problem. This is only possible in exceptional cases“. The “NIE” is in fact not available for VIEs The candidate’s host company must make an exceptional request and obtain an agreement from the Ministry for Europe and Foreign Affairs. The young Frenchwoman smiles at her situation. “I won’t try, it’s mission impossible. I will wait until the end of my contract in 2021 to return“.

Anger of some teachers under J-1 visa

Pessimism can give way to anger. In AFE (Assembly of French Abroad) establishments, the watchword is not to travel to Europe, otherwise you will be blocked there. A recommendation made by the French Embassy, ​​and repeated by the heads of establishments, which sounds to some teachers like a “Veiled threat”. “We received a letter in which the Embassy explains to us that leaving during the Christmas holidays in France exposes us to a breach of contract or a breach of our secondment (from the National Education)”, laments Annie *, a professor from Los Angeles. “I don’t see a problem with leaving because our classes are still not given face-to-face (in Los Angeles County), and we could run them from France”, she adds. Faced with this attitude, Annie decided to affix her signature to a petition, initiated by professors from the Rochambeau establishment in Washington. “Our individual letters have remained a dead letter”, she adds.

Already collecting around sixty signatures across the country, this letter is addressed to the French Ambassador in Washington. She asks that the teachers of French schools on American soil, holders of a J1 visa, automatically obtain the “NIE”, which would allow them to be able to return to American territory after having stayed in France during the holidays. In July, a derogation had allowed schools to recruit new teachers in J1, despite the “travel ban”, who had been able to reach the United States without going through a fortnight abroad. “The schools had pressured the embassies so that the work of its new teachers was considered essential, why should not ours be?”, she asks. “The situation is very difficult, many of us are alone here or with children in France”.

Christmas in France, January in Mexico

There remains the possibility of spending a fortnight in early January in a country not affected by the “travel ban” before returning to the United States, an option that Paul Bernier had taken to return to France at the start of the pandemic. “After returning to France for several weeks, I spent two weeks in the Antilles“, Explains this young entrepreneur of 27 years. “I do not intend to repeat the same route for Christmas, jI need to be here to get business going and there are too many uncertainties at the end of the year. I prefer to wait until the beginning of next year“. Annie concedes it, her colleagues are studying all the options on the table for spending Christmas in France, including spending 14 days in Mexico in January.

Finally, it should be noted that there are also restrictions on arrival in France, listed on this link by the French Consulate in New York. The truth of today is not that of tomorrow either. The evolution of the epidemic in Europe and the United States, the race for the vaccine, all parameters that could influence travel conditions in the coming weeks. Faced with these uncertainties, Luc sums up the feelings of many of his compatriots. “We have learned to live with this question mark, but it’s still hard to imagine being away from our family for the holidays, and not being able to come home easily if a hard blow occurs ”.* Some first names have been changed at the request of the interviewees

They record and denounce a party at the home of youtuber...

Activists and children ask for toys and not detention centers on...

Suspect who tried to kidnap the daughter of a blind man...