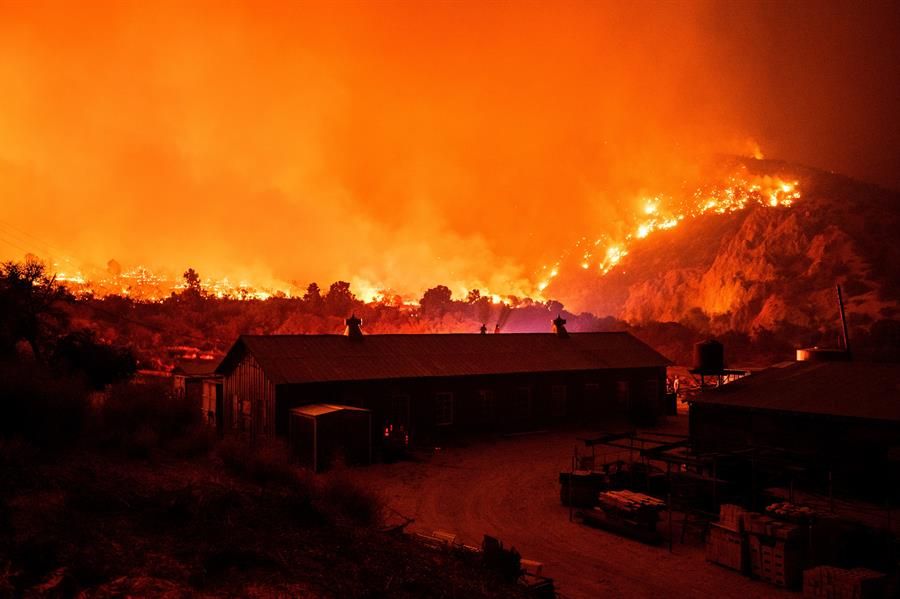 The fire that started the past September 6 in the Azusa area, a total of 105,345 acres has burned as of Monday morning and presents a containment of 15%.

Authorities issued an evacuation order in the following areas near the fire:

The authorities maintain the alert of possible evacuation for areas of:

Pasadena, Altadena, Wrightwood, south of Pearblossom Highway, east and north of Angeles Forest Highway, north and west of Mr. Emma Rd, east of and south of Highway 122, among other communities included in the image above.

You can see the most up-to-date full list in this document shared by the Angeles National Forest, the site of the fire.

The flames would have already destroyed several houses as they passed through the Antelope Valley.

Among the people I met today, I had the pleasure of meeting a military veteran who lives in Juniper Hills. He showed me his property that he unfortunately lost to this wildfire & shared some wonderful memories with me. Although his home is gone, his spirits were high. pic.twitter.com/2tfurUQhQh

Actually more than 1,600 firefighters work fighting the flames of the Bobcat Fire. Fire that had previously been controlled near the Mt. Wilson observatory returned to endanger the structure again.

The authorities hope that The low temperatures of this Monday, the humidity and the little wind help them contain the flames They have been burning uncontrollably for weeks, making the air quality in the Los Angeles area very poor.

Pictures of a historic fire in Los Angeles

How much do you have to make to live in Sonoma...

How far is Tallahassee from the beach?

Is real estate a good career in Indiana?

Why you shouldn’t live in Tennessee?