Home Latest News At least 2 injured leave a car that was launched against protesters... 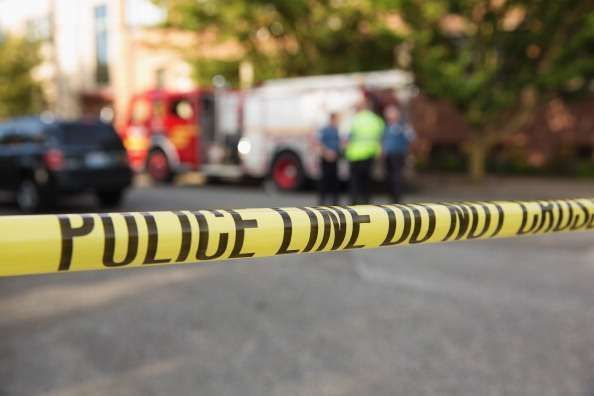 Violence broke out Saturday in Yorba Linda, Orange County, where at least two people were injured after a car drove through a rally involving members of Black Lives Matter and another protest by counter-protesters, reported ABC 7.

A car just drove through a crowd. The crowd then chased after the white sedan. This person was hurt. pic.twitter.com/0iAhWkcRnu

Black Lives Matter activists were greeted by protesters against them, who chanted “USA.”

The Trump supporters outnumbered us probably 10 to 1 pic.twitter.com/p9dfKyw2be

The victims were taken to a local hospital in unknown condition and the driver of the car was arrested, according to the Orange County Sheriff’s Department.

Someone ran their car through a crowd of Trump supporters in Yorba Linda. pic.twitter.com/CloAANcDjd

Officials did not offer any other immediate details about the circumstances of the collision.

This is the car that drove through the crowd. I don’t know all the circumstances. pic.twitter.com/I7it1BzJKy

The incident occurred when members of Black Lives Matter demonstrated against police brutality and systemic racism following a controversial decision by a Kentucky grand jury not to indict the officers who shot and killed Breonna Taylor in a failed drug bust in March. .

The Coalition of Urban Organizers said in a written statement that the event, called “March 4 for Equality,” it was scheduled to present speeches by local activists, followed by a march.

The counter-protesters crossed the six-lane Imperial Highway and clashed with the BLM protesters, the Orange County Register said.

Carrie Braun, a spokeswoman for the Orange County Sheriff’s Department, said there were 300 people in total and that at some point an illegal gathering was declared and dispersal orders were issued.

On Thursday night, a protester was struck by a pickup truck during a Hollywood march and suffered non-life threatening injuries.

Los Angeles police said Friday that a preliminary investigation found the driver was attempting to maneuver through the crowd when protesters began hitting the vehicle with sticks and attempting to open the door. The driver was trying to get away from the situation when he hit the protester. The driver stopped several blocks away and cooperated with officers. He was released pending the outcome of the investigation.

What part of Outer Banks is best for families?

Can a port be on a river?

Burger King will give you a FREE hamburger on Valentine's Day...

The Mustang, the film by Laure De Clermont-Tonnerre screened in Harlem