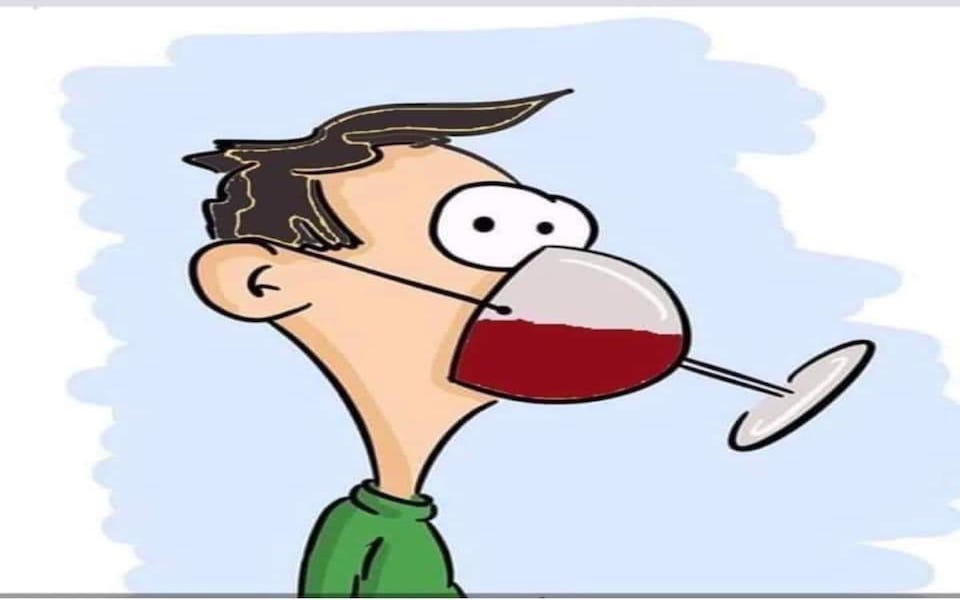 The confinement made our heads spin, and even intoxicated us. To reassure themselves, console themselves or quite simply to forget, the consumption of alcohol, more particularly wine, has exploded in the United States. ” Wine is an escape in this troubled period. Our customers enjoy talking about wine to get their ideas off the ground. Our deliveries are always insured; our distribution networks are working well, and we have the wines we offer on our site in stock. Our wine “box” sendings to subscribers are also carried out without problem “, Assures Jeremy cellarist at Total Wine.

Americans drank more alcohol than usual during the pandemic, with wine sales up more than 29% between 1er March and April 18 (Nielsen data) compared to the same period last year. However, America has shown varied reactions. Under the notoriously restrictive three-tier state-by-state system, many states have shown signs of easing access to wine. Many have authorized, certainly for the first time, sales by retailers beyond state borders. But two of them – Pennsylvania and Alabama (historically strongholds of prohibition) closed all state-owned liquor stores during the crisis. And from coast to coast, the reactions are not the same.

For Brice Baille, founder of Obvious Wines in California, the damage has been limited. During the last two months of confinement, sales of his business have decreased by 30%. ” We distributed 50% of our merchandise in restaurants (in 70 establishments in Los Angeles in particular), the rest in stores and a small part online. The closure of restaurants has had a big impact on us, he sums up. But selling online has made up for the losses; it has quadrupled. 25% of these internet orders come from “regular” buyers. Contrary to what one could imagine, sales of grape varieties have not exploded in the “liquor stores” where the brand is marketed. Outside of California, where they have stagnated, they have increased by 20 to 30% in the other American states (Colorado, Texas, Florida, North Carolina, Tennessee and Virginia). “We are not present in the large distribution and people were looking for cheaper wines for budgetary reasons “, He assures. And he had to face competition: “ distributors sold off stocks intended for restaurants to chains. On the other hand, the group, which imports French wines, had no problem in sourcing. ” It was rather the delivery of online orders that experienced delaysAdmits the Frenchman. He is now wondering about the future, about the reopening of restaurants, and to what extent. Not to mention that he faces numerous arrears from these establishments: this represents a financial risk “, Estimates the entrepreneur, who had to part with half of his employees. For the time being, it has benefited from PPP (Paycheck Protection Program) assistance, but hopes to collect the EIDL (Economic Injury Disaster Loan) to get the business afloat.

The situation is all the more difficult as the effects of containment are added to the 25% tax imposed on French wines by the Trump administration since October. ” I import directly from France for Obvious Wines. I pay almost 2 euros of tax on a bottle of Sauternes. Smaller west coast vineyards, on the other hand, lost between 40% and 60% of their sales during containment, as they largely depend on income from their tasting rooms (around 30%) and tourism. According to Rob McMillan, Napa County Wine Analyst and Founder of Silicon Valley Bank’s Wine Division, only the big wholesale wine players have done well and seen their supermarket sales jump more 60%.

In New York, Governor Andrew Cuomo has placed wine and liquor stores on the list of businesses deemed “essential”. With the rise of stress and anxiety, virtual cocktails have supplanted the traditional “Happy Hours”. A decision welcomed by Stefan Kalogridis, president of the association of state liquor stores. For him, the culinary habits of the inhabitants of the big apple combined with telework but also with the anxiety of losing their job are the factors of this craze for alcohol. “From a bottle we went to several cases. My clients are destabilized by this pandemic but also by the collapse of the economy Said Evan Cuciniello, partner at Ambassador Wines store. According to the latest study by the Nielsen polling institute, the closure of bars and restaurants has led to a massive change in consumer behavior. Online liquor sales soared more than twice last year, up 234%.

In Texas, the closure of bars and restaurants has led to a staggering drop in sales of around 95% in three months, according to the winegrowers’ federation. At the same time, the authorization given to restaurants by State Governor Greg Abbott to sell take-out alcohol along with food was not enough to limit breakage. Conversely, total sales of alcoholic beverages for consumption outside the establishment increased by 24%. For Dominique Moran, regional director for the house Marques et Domaines, specializing in French wines and champagnes, sales have increased by almost 50% in stores. A repositioning of the public which affected the prices of its high-end wines. ” Our French grape varieties were hit hard because of the cancellation of all religious and public ceremonies at this time of the year. Sales of champagnes decreased by 10 to 15%. Stocks have accumulated and we are currently trying to associate with luxury stores and delicatessens to have a presence on their website ”, comments on the latter. And the future does not look rosy. According to him, about 25 to 30% of restaurants may not reopen and those who can open again will lose 25% of the surface of their establishment due to the new rules imposed. “The restaurant restrictions will penalize us and the profession expects to probably lose 30 to 35% of restaurants who find this new concept not plausible for them. It will not be profitable for them. They will reduce their wine list significantly, so we will have to fight as an importer “Adds this expert who fears seeing his distributors putting their sellers on technical unemployment. This is the case of the company Southern Glazer Wine and Spirits which distributes more than 150 million cases of wines and spirits per year on 44 American markets, Canada and the Caribbean.

For the wine industry, everything will depend on the recovery of the sector and consumption. According to the Nielsen Institute, retail alcohol sales will have to increase by 22% in volume in order to simply offset the impact of bar and restaurant closings. It remains to bet that consumers are at the rendezvous.

Latinos are urged to donate blood to critical shortages in southern...

VIDEO: man throws an egg to a Latin street vendor of...