Home News & Politics American stimulus plan: what you will be entitled to 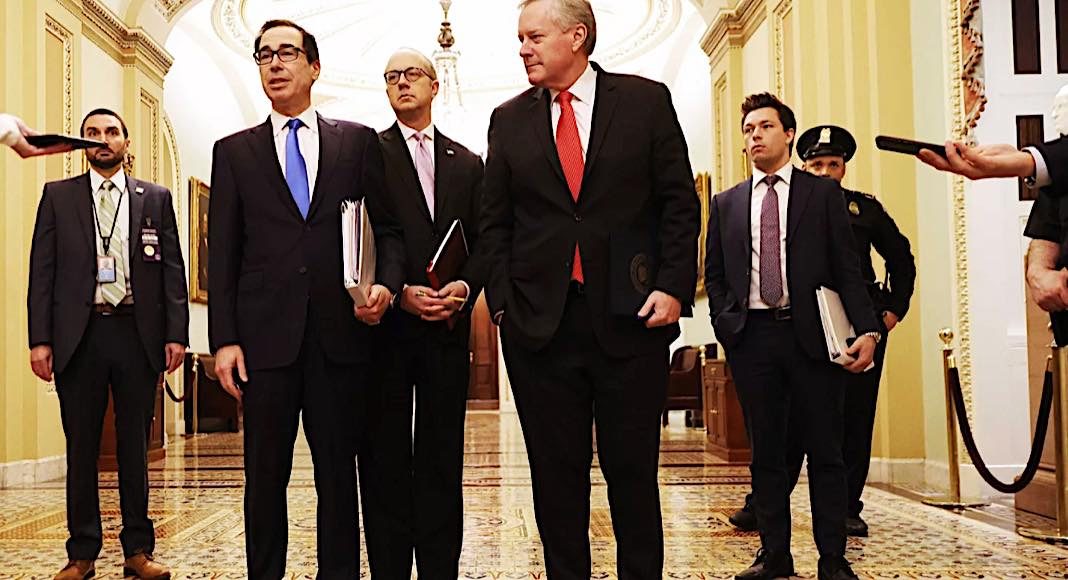 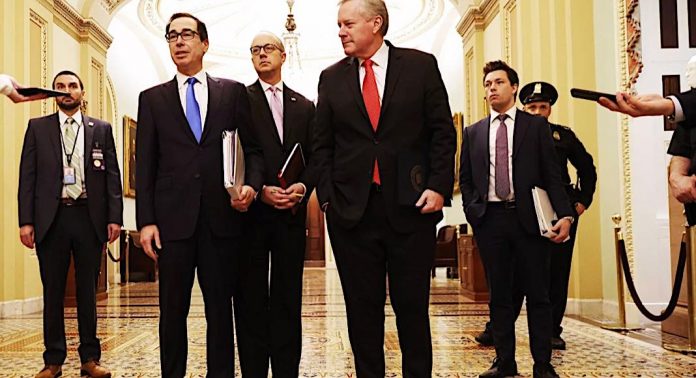 The law passed by the American Senate and which should be adopted Friday by the House of Representatives is the most important economic recovery plan ever adopted in the United States, with an addition of more than 2,000 billion dollars. There are many measures; to help you understand and know what you're entitled to, French Morning has read the law (which is still just a draft) for you. If you want to see for yourself, the text is only 880 pages … Here we detail the assistance measures for individuals. We will come back in a future article on aid to businesses, especially small ones.

This is one of the most spectacular measures, which aims to try to limit the recession resulting from the sudden cessation of economic activity. Each household is entitled to $ 1,200 per adult and $ 500 per child up to 16 years of age. Above $ 75,000 of annual income per person, the amount decreases. From $ 99,000 per person (and $ 198,000 for a couple without children), the home does not affect anything.

The income taken into account is that of the 2019 tax year if you have already made your declaration. Otherwise, it will be the year 2018. For those who do not have “Tax return” from 2018 or 2019, a “Social security statement” may suffice.

Are foreigners entitled to it? Yes, if they are residents in the fiscal sense of the term (i.e. holders of green cards but also almost all holders of temporary work visas).

How and when will the money be sent? The sum will be paid at once. The IRS takes care of the payments. You have no statements to make. If you paid tax declared in 2018, and received a refund, the tax administration will use these bank details to send the money. This could be more complicated – and longer – for those who did not report taxes in 2018 (e.g. expatriates arriving in 2019) and all those whose IRS does not have bank details.

The IRS encourages taxpayers to file their 2019 income tax returns as soon as possible, even though the filing limit has been extended from April 15 to July 15, and now for those who have not filed their 2018 returns. . "Failure to file a declaration may affect the sending of checks" explains the agency website. Reporting now is more important than if you are entitled to a “tax refund ”, these will be sent within the usual deadlines, generally a few weeks after the filing of the declaration.

Other than these special cases, Secretary of the Treasury Steven Mnuchin assured that most of the payments will be received "Within three weeks".

2 / Aid for the unemployed.

The law considerably increases existing aid (unemployment benefits) already available. The duration goes from 26 weeks in most states to 39 weeks (9 months). In addition, benefits are increased by $ 600 per week beyond what the states offer, which more than doubles the amount received by the unemployed. Thus in New York, we will be able to touch up to approximately $ 1035 per week ($ 435 of state allowance, pre-existing, the maximum for an employee earning previously $ 1,100 per week, plus the additional $ 600).

This "bonus" will be available until July 31 and is offered including to people who are not usually entitled to unemployment benefits, including free throws (selfemployed) and others "gig workers ” (Uber heaters for example) as well as part-time workers. It also covers people who have been put on leave without pay (‘“Furloughed”) provisionally by their employer.

The self-employed (“Independent contractors”) may also apply for aid to businesses (see below).

Unemployment benefits are paid weekly. The most difficult will be to register at first: State services are overwhelmed and websites often give way under traffic pressure. Arm yourself with patience.

Are foreigners entitled to it? Yes for green card holders. For visa holders, the situation is more complicated. The law takes up the usual condition of being "able to work", which a priori excludes people who lost their visa at the same time as their job. But the law provides an exception when “Covid-19 prevents you from being able to look for work” (quarantine or restriction of movement), which applies in particular to any inhabitant of states that have placed containment orders (New York, California, etc.). This should notably allow employees who have not been dismissed but only put on unpaid leave to be able to benefit from unemployment benefits during this time, even if they are on visa.

Read also here: Are you entitled to unemployment and assistance in the United States?

How to support families as the economy picks up