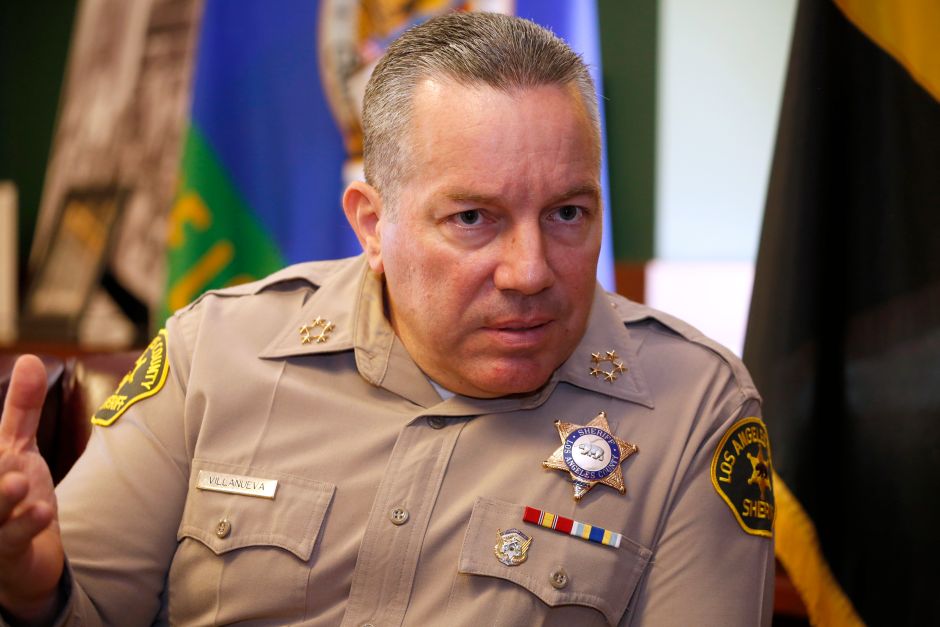 The Sheriff’s Chief called the county’s criticism divisive and “un-American.”

Los Angeles County Sheriff Alex Villanueva said he will remain in his post until the end of his term and yesterday criticized county public officials who asked him to resign.

The sheriff, who is serving two years in office, called the criticism leveled against him by members of the Board of Supervisors and other bodies divisive, politically motivated and “frankly anti-American.”

In his weekly question and answer session on social media, the sheriff insisted that his direct supervisor is the state Attorney General, not the Civil Oversight Commission, which has challenged the Sheriff on various issues, including shootings in which its agents have been involved, the arrest of a local reporter covering a protest and an alleged gang of agents within the department.

“Supervisor Sheila Kuehl, Supervisor (Mark) Ridley-Thomas and members of the Oversight Commission have been heard to shout to the sky and say that I am somehow breaking the law and I am not willing to accept supervision of the department, but I think they really don’t understand my responsibility, ”Villanueva said.

“Somehow they deceive themselves into believing that they could create a political entity called the Civil Supervision Commission, to which, somehow and suddenly, I became their subordinate …”, he continued.

“Of course not, this – Civil Supervision Commission – is a political entity created by the Board with the sole purpose of making war on me,” he emphasized.

Villanueva further argued that he would comply with any legal subpoenas, but insisted that county officials have overstepped.

Last Thursday, Civil Oversight Commission member Robert Bonner, former federal prosecutor and head of the Drug Enforcement Administration, was the first to ask Villanueva to resign during a commission meeting.

“Like the other members of the Civil Oversight Commission, I remain concerned about the Sheriff’s conduct and the way in which he has interfered with the progress of reform and improved accountability,” Ridley-Thomas said in a statement.

Kuehl added that Villanueva costs the county millions of dollars in claims of excessive force by members of the department.

“He’s really a rogue sheriff,” Kuehl said. “It is really important that this Sheriff understand that his behavior and the violation of any of the common rules that govern a law enforcement agency is the greatest threat to public safety.”

This is not the first time that both supervisors have criticized Sheriff Villanueva for some of his decisions.

What should I know before moving to San Diego?

What are the 6 reasons not to move to Florida?

How do you seal a crawl space with a dirt floor?

What is a typical agent/broker split?

Where should I live if I work in San Jose?