Home Latest News Alejandro and César Ortigoza: brothers in search of immigrants in the desert 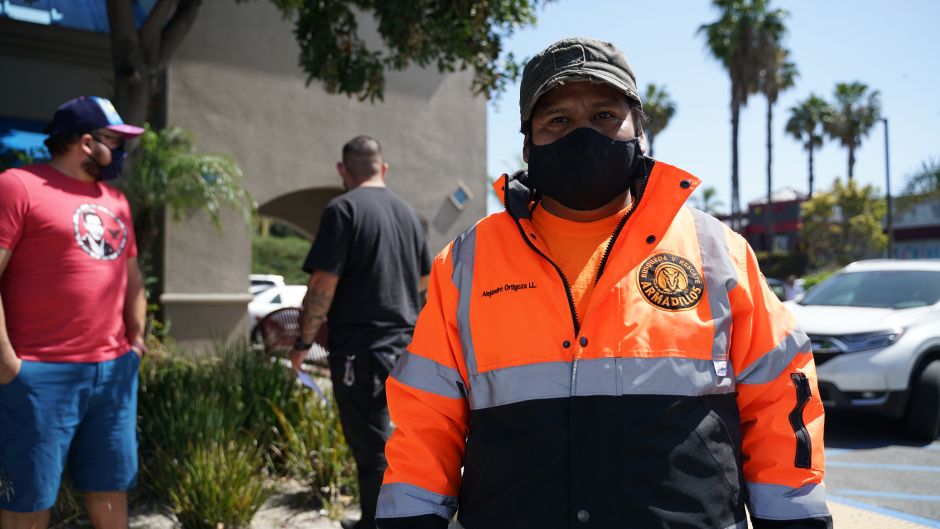 Brothers Alejandro and César Ortigoza They had volunteered in search groups for migrants lost when crossing the border, but at the end of the summer of 2015, the calls of relatives looking for their loved ones multiplied and they decided to go out on their own.

“In a week we received about ten calls from families looking for their lost loved ones when crossing the border and when we were preparing to go in search, in the following days we received perhaps another ten requests”, then they decided to form their own search group and rescue.

Most of the search requests came from families in Honduras, El Salvador, Guatemala and Mexico. They were looking for loved ones with whom they had been in contact until they crossed into the United States, and after that, communication was lost.

In October 2015, the original brothers from San Andrés Poyuca, in the southern Mexican state of Puebla, decided to form a group called ‘Armadillos’.

They started with their own income. Cesar works in building maintenance and Alejandro in construction. They use their own income to buy equipment and, until recently, to rent vehicles so they can go in search of people they don’t know but long to find still alive in the border desert.

Most of the time they have found only bodies of the people they were looking for.

Alejandro says that when this happens, they call the border patrol and their agents are in charge of informing the coroner of the county in question.

“We don’t touch anything, we just stay in the area and tell the coroner where it is. They take care of the rest, ”he explained.

The group that over time has added at least a dozen volunteers, has so far found the remains of about 24 people, but also about four immigrants still alive.

Both say that the worst problem for migrants crossing the border is that when they travel with the guidance of coyotes or smugglers, they are left stranded.

Almost a month ago, the wife of a migrant asked Armadillos to please look for her partner, who had got lost in an area mentioned by the coyote. Volunteer rescuers went to investigate and were told near the end of the day that it was another location.

“By searching in the first place, we lost important time. The coroner said that the body was located only between 45 minutes and an hour after he died, ”said Alejandro.

Instead, there are times when, without seeking help from coyotes, migrants run with better luck.

A few weeks ago when the group returned from a search in the Arizona desert, they received a call for help to find a young man on the edge of Mexico, and they found him.

“He was a boy of about 19 or 20 years old, very tired who preferred to return to his place of origin in Mexico and asked for help to pay for buses,” said César. The young man was very weak but had survived a long day’s trek in the desert.

This week the group had an unusual request from a young American who asked the group to please help locate her missing Canadian boyfriend in the Arizona desert.

Armadillos planned to track down the Canadian perhaps east of Nogales.

According to both immigrant brothers, now that the Angeles de la Frontera organization has donated a suitable vehicle to Armadillos for his searches in the desert, his humanitarian work could take a better turn. For now, they will no longer have to invest part of their salaries in searches.

When La Opinion asked why the brothers give their time, their effort and their resources in searching for people lost in the border desert, for both of them it was a natural response to say that “they are people who are lost in the community, we are the same community”.

Within the framework of Hispanic Heritage Month, Alejandro added that the group -independent and autonomous- intends to be a show of solidarity with the community.

Armadillos does a selfless job that others do not do in the desert, moved by empathy and the Hispanic values ​​of solidarity and doing good to others.

Successful Latino tattoo artist is accused of the death in Los...

In New York, a breakfast to learn everything to invest in...

Retired judge promises to be a very human accident lawyer